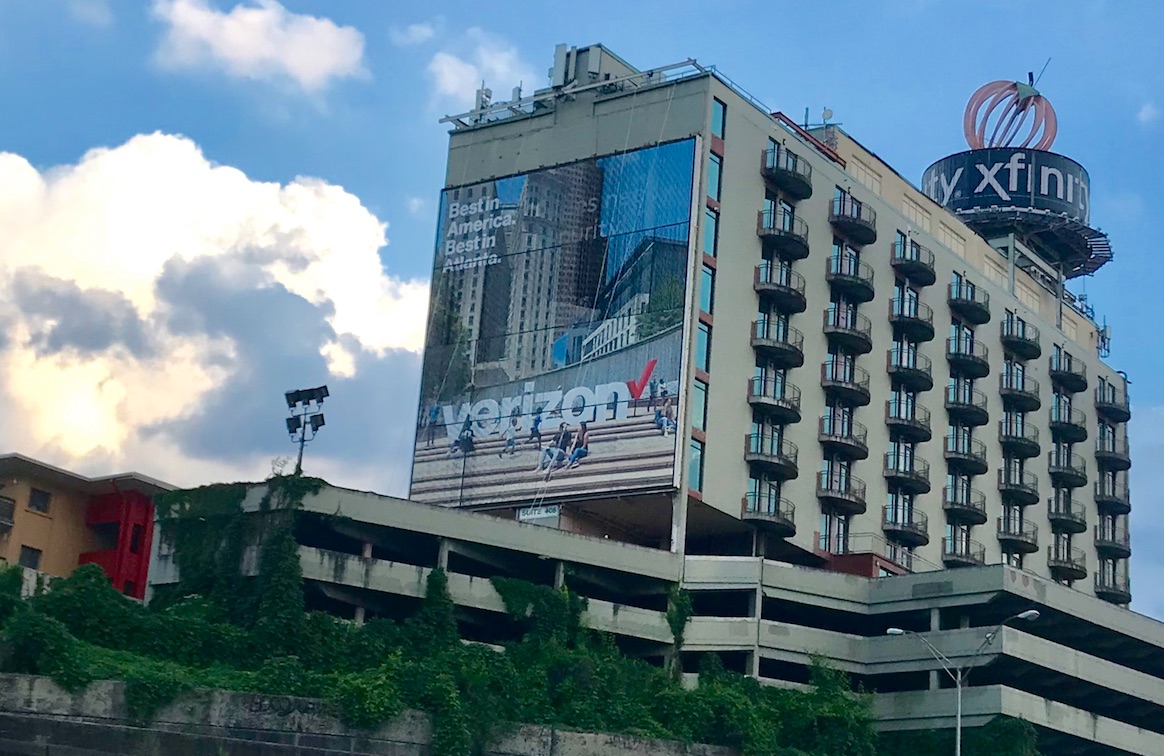 By Guest Columnist MIKE DOBBINS, professor of the practice of planning at Georgia Tech’s College of Architecture and former Atlanta planning commissioner

Motorists coming into the city on I-85 southbound toward the Downtown Connector, about 150,000 of them every day, pass on their left a giant wall sign, surmounted by a large sphere. The signs advertise big corporate products, like Comcast, at great profit for the advertising company that owns them. For the 25 years of their existence, with ordinary lighting, most drivers have been able to overcome their distractions and keep their eyes on the road. 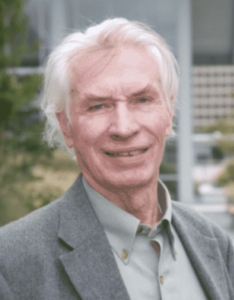 Now, even though the original permit may have been wrongly issued, the city has approved turning that giant billboard on the otherwise nondescript, largely vacant building face into an LED video screen, surmounted by LED lighting for the sphere. Flat screen TVs are usually measured in inches, the diagonal from one corner to the other. For this one, though, on the verge of becoming a reality, the diagonal measures in feet – indeed some 88 of them.

As they hear about it, more and more people are appalled – everyday drivers, neighbors, neighborhoods, members of Neighborhood Planning Units, Atlanta City Council members, and even Georgia Department of Transportation have expressed concern. Midtown Alliance and some of its biggest stakeholders have taken action, appealing the LED approval.

Driver safety threats are paramount. Beyond that, the city’s action poses these questions: “Who are we, where are we going, and how do we want to project ourselves to the outside world?” For years we carried outside detractors’ labels – “poster child” of sprawl, of crassness, and so on. 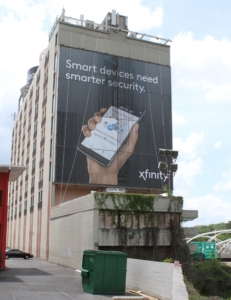 This existing sign, aimed at motorists on southbound I-85 at Peachtree Street, is to be replaced with an LED sign that violates the city’s sign ordinance, says columnist Mike Dobbins. Photo courtesy of Midtown Alliance via Mike Dobbins

Beginning with the preparation for the Olympics, in 1996, and then following up, the city began to create the kinds of pedestrian-friendly streetscapes, parks and public gathering places that have underlain the city’s remarkable turnaround in growth and investment. The look of the city, along with its improving functionality, are playing a big role in the shifts that make us now an emerging world city.

If the city’s permit to “upgrade” the signs to LED technology is allowed to go forward, we can again claim to be the poster child of crassness. Indeed, the sign company boasts on its website that this is already the largest billboard of its kind in the Southeast. Will such a flashing digital entry to the city, impossible to ignore, define us forever as a city that favors ill-gotten gains over established civic values?

For a few, maybe, for whom the free-wheeling expropriation of the public right-of-way for private gain is okay. The city, though, since the Olympics has put greater and greater emphasis on how the city’s public realm looks and functions, through design guidance in permitting, through pedestrian and bike-friendly streetscapes, and now in city design where aesthetics have become ascendant. Indeed, the approval of this sign directly contradicts the city’s own policy: 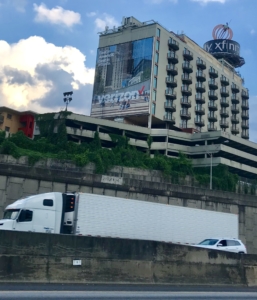 A protest movement is emerging to oppose the installation of an 88-foot diagonal LED video screen on this building, and LED lighting for the sphere. Credit: Kelly Jordan

So how did this affront to public policy come to be?

Before the Olympics, the original permit in 1993 was issued seemingly contrary to the regulations of the day. A type of bait and switch tactic was employed to claim that this was a “business” sign associated with small offices located in the building, instead of an “off-premise” sign, or billboard, illegal at that size even then. The result appears to have been a violation of the letter and certainly the intent of then existing policy.

So what is to be done? If you look forward to enjoying the world’s largest flat screen projecting a stream of ads every seven seconds, 24-7, as another of Atlanta’s No. 1 claims to fame, you need do nothing – the permit’s been issued. If, on the other hand, you think that highway safety first and foremost, citizen sentiment, and public stewardship deserve better, tell the City to reconsider: The mayor, your council member, the commissioner of planning, the Board of Zoning Adjustment. And show up at the BZA hearing on the matter on Thursday, June 6 starting at noon at Atlanta City Hall.

There’s still hope that the city will reverse its permit issuance and restore its commitment to improved aesthetics, functionality and, most importantly, to travel safety.