A former Atlanta transit duo is now in Jacksonville, Fla.

On Tuesday, Ford named Atlanta attorney Bill Moseley as JTA’s chief of staff. Moseley served chairman of the MARTA board for several years. As attorney, Moseley’s practice has focused on areas of litigation, governmental affairs, and corporate and business law.

Moseley’s appointment is part of a previously-announced reorganization of the Jacksonville Transportation Authority. 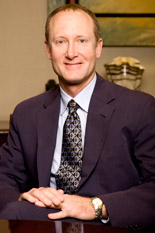 Moseley, who will report directly to Ford, will not serve as an additional layer of management.  Rather, he will help JTA with initiatives such as a Transit Effectiveness Project, agency-wide technology programs and improvements, according to Ford. Moseley will also be responsible for performance monitoring throughout the organization.

Ford also announced that Brad Thoburn has been named to a new position of vice president – long range planning, capital programs and system development. He has been serving as JTA’s director of strategic planning and research.

“I’m excited to announce that these two proven professionals are joining our executive leadership team,” Ford said. “Bill and Brad will be serving in critically important positions as we begin to implement agency-wide initiatives aimed at enhancing customer service and building a world-class transportation agency.”

In addition to serving as MARTA’s board chair, Moseley served on the boards of the Druid Hills Civic Association, the Frazier Center, the Atlanta Urban Design Commission, St. Andrews Presbyterian College, Central Atlanta Progress and the Georgia Alliance for Children.

Interestingly enough, Moseley is a descendent of the first governor of the state of Florida, William Dunn Moseley, who served from 1845 to 1849.

Previous Article
A visit to Hawaii can teach a PR person a lot about the important practice of consistent storytelling.
Next Article
Kasim Reed: Building new stadium is right decision at right time for Atlanta