As Atlanta on Monday takes steps to increase residential density, a proposed development in Northwest Atlanta would create up to 455 dwellings on 36 acres. Supporters contend the 12-unit-per-acre project represents the city’s future in terms of density and affordability. 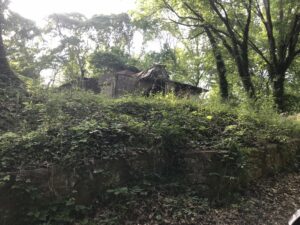 A developer who has secured 147 properties plans to built up to 455 residences in the blighted Carey Park area, west of Georgia Tech. Credit: David Pendered (2018)

The two matters, though related only by timing, are part of the growing discussion over the city’s proposals on residential density.

On Monday, the residential density issue is to be discussed at 6 p.m., as part of a broader consideration of the city’s proposed five-year update of its state-mandated long-range development plan. The formal public hearing is a virtual event sponsored by the Atlanta City Council’s Community Development/Human Services Committee. The committee has scheduled a second hearing for Sept. 27. The council faces a deadline of Oct. 31 to adopt a revised long-range plan, according to the public notice.

The proposed changes to the city’s zoning residential zoning ordinances have generated a significant level of discussion since they were unveiled in December 2020. Mayor Keisha Lance Bottoms publicly endorsed the concepts, though she has taken a lower profile since announcing that she does not intend to seek reelection this year. 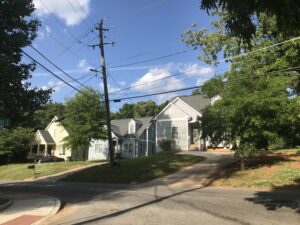 New residences in Carey Park in 2018 indicate the market was starting to arrive in this blighted neighborhood located west of Georgia Tech. Credit: David Pendered (2018)

Under these guiding principles, major proposed changes to residential zoning codes include, and begin on Page 93 of the proposed 2021 Community Development Plan:

The proposed development in Carey Park, located west of Georgia Tech, entails rezoning and other considerations.

Plans call for 147 parcels to be rezoned and developed with a total of 400 to 455 residences. Dwellings would be in the form of single family houses, two-family houses, duplexes, multi-family, and accessory units, according to the application. The density would be just over 12 residential structures per acre. The project is on the July 8 agenda of the city’s Zoning Review Board.

The proposal comports with the city’s long-term vision of density and affordability, according to an language in the application submitted by Kronberg Urbanists + Architects: 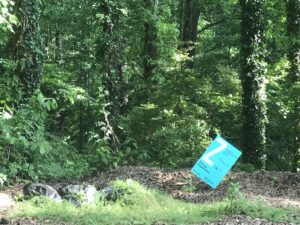 The developer intends to seek financing from Invest Atlanta. The developer plans to ask for a tax abatement that would waive 50% of property taxes in the first year. Payments would ramp up by 5% a year until full taxes are due in year 11, according to the program description provided by Invest Atlanta, the city’s development arm.

Note to readers: The public hearing on the proposed revision of Atlanta’s state-mandated Comprehensive Development Plan is set for Monday at 6 p.m. Details on the virtual meeting are available here. The deadline for public comment is Sunday at 7 p.m.