It’s back to square one for Murphy Crossing.

The Atlanta BeltLine Inc. has terminated a memo of understanding that it had with the development team that had proposed investing $200 million to transform a 20-acre site on the southern part of the BeltLine.

ABI sent Cecil Phillips, CEO of Place Properties, a letter on Wednesday that said it was cancelling the procurement process. “ABI is exercising its right to reject all proposals received,” Clyde Higgs, ABI’s president and CEO, wrote to Phillips. 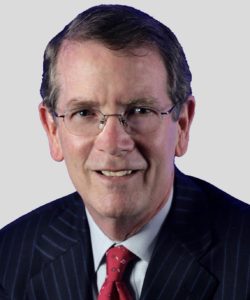 In an interview Wednesday afternoon, Phillips confirmed the deal, which he had been working on for nearly two years, was off.

“We are surprised and disappointed that not only is our project not going through but that the whole RFP (requests for proposals) has been withdrawn,” Phillips said. “We were committed to having this project completed within three years.”

The project would have included a modular manufacturing facility that would have provided 180 entry-level jobs at $19 an hour – available to people without a college education. It also would have had an innovation center and maker space to encourage entrepreneurship.

There would have been 57,000 square feet of retail, with about half of that being a grocery story. South Carolina developer WRS would have developed the retail piece, which became a lightning rod in the community. WRS acquired Underground Atlanta three years ago, and there’s been little progress on that development.

Place Properties also would have set aside 20 percent of the property for green space and public gatherings.

“We would have had a farmer’s market, public art, concerts and public walkways,” Phillips said. “All the truck traffic would have gone out the back way” so it would not have been an intrusion on the residential area.

“We would have recruited people who lived in the units to work at the facility, so they would have been able to walk to work,” Phillips said. “This is a project that really would have jump-started the economic revitalization in that part of town.” 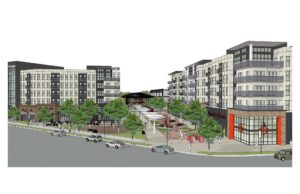 When WRS became an issue in the community, the company’s CEO – T. Scott Smith – offered to withdraw months ago, and that was conveyed to the various parties involved, according to Phillips.

ABI’s Higgs confirmed Wednesday the deal was off.

“Murphy Crossing is an important development project on the BeltLIne, and this is something we have to pay significant attention to with the COVID pandemic,” Higgs said. “It means we will have to restart the entire procurement process. Ultimately, we will do what’s best for Atlanta.”

In order to move forward, the deal needed to be approved by the Invest Atlanta board because it owns the 20 acres that makes up Murphy Crossing.

Bill Bozarth, an Invest Atlanta board member, tried to find out why the development deal was not being presented to the board.

“I do believe there were some concerns about the ability of the development team being able to handle everything on its plate,” Bozarth said. “It required the approval of Invest Atlanta to sell the land.”

When he heard the deal was off, Bozarth said “it was really disappointing to me,” because he believed the project would have been a real boost for that part of the city, a site that’s near Oakland City, Adair Park and Capitol View. 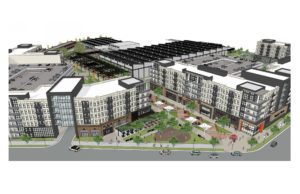 An aerial view of the what the Murphy Crossing development would have looked like (Special: Place Properties)

“Cecil was presented to the board as a very good partner,” Bozarth said. “I was very impressed with the modular construction facility that would have been a welcome addition to the area with living-wage jobs that would not have required a college education. That’s what we’ve said we want.”

Phillips said that it could take another two years to complete another RFP process, which will delay economic development on that site.

When asked if he would resubmit his proposal, Phillips said: “I have to see what the new RFP says before I make a decision.”

Meanwhile, Bozarth offered some advice to ABI to be more inclusive of the community during the RFP and selection process.

“If they are going back to square one, it would be smart to get more community input from the beginning,” Bozarth said. “The communities have put in a lot of effort behind what they want for the area.” 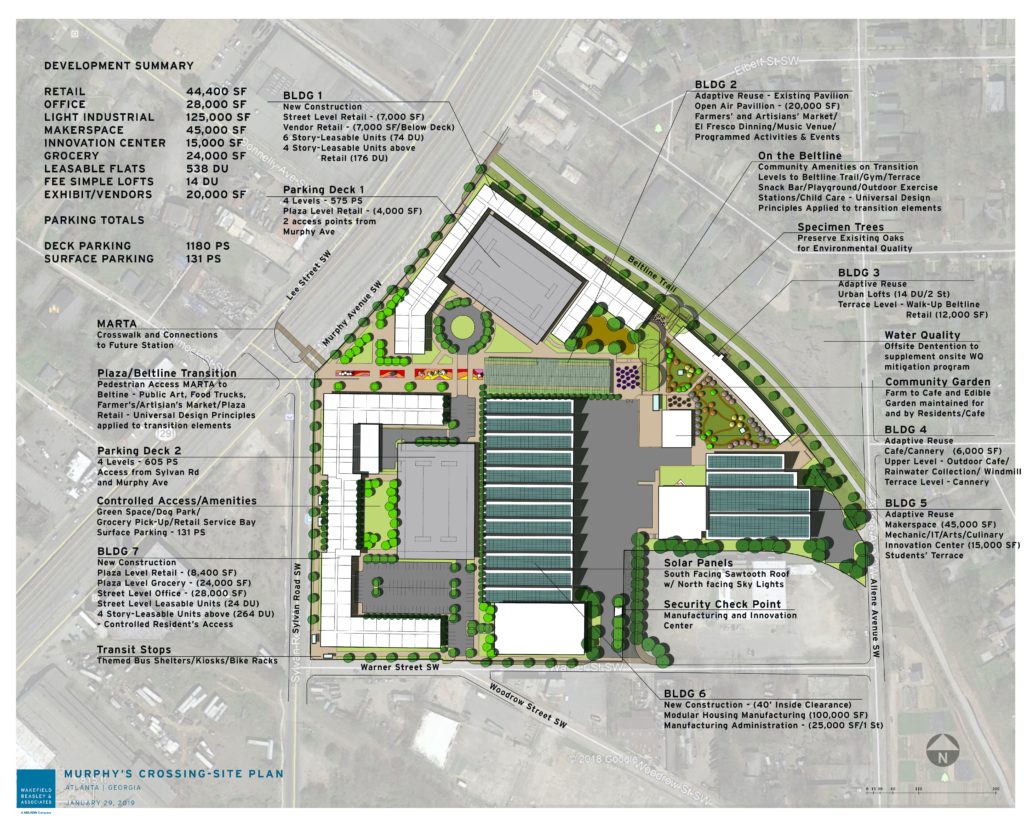 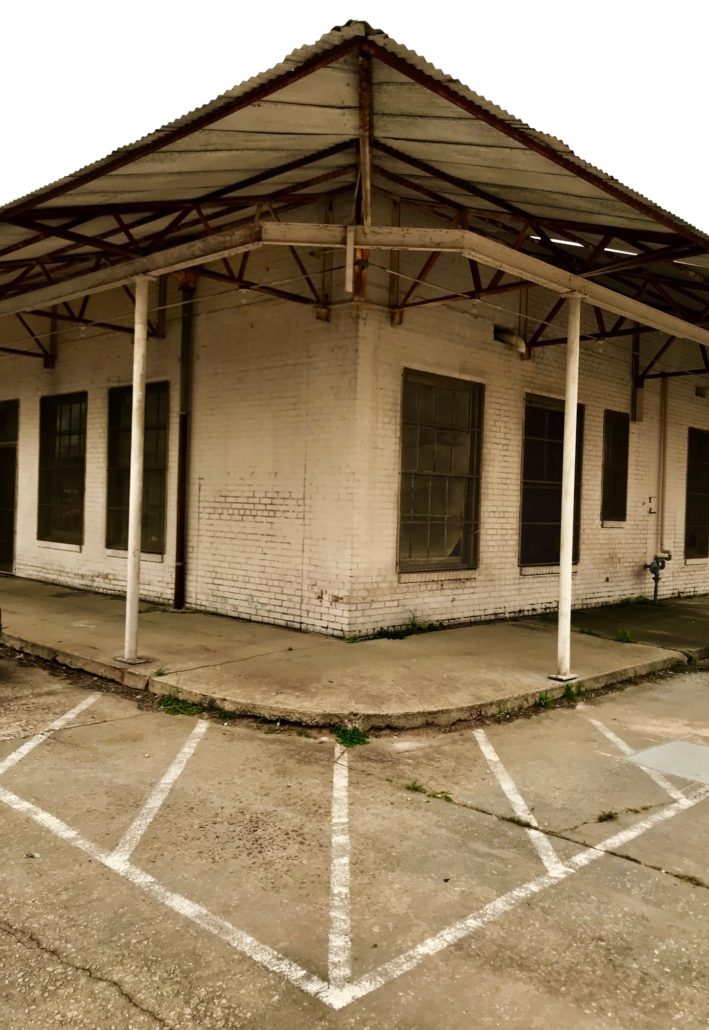 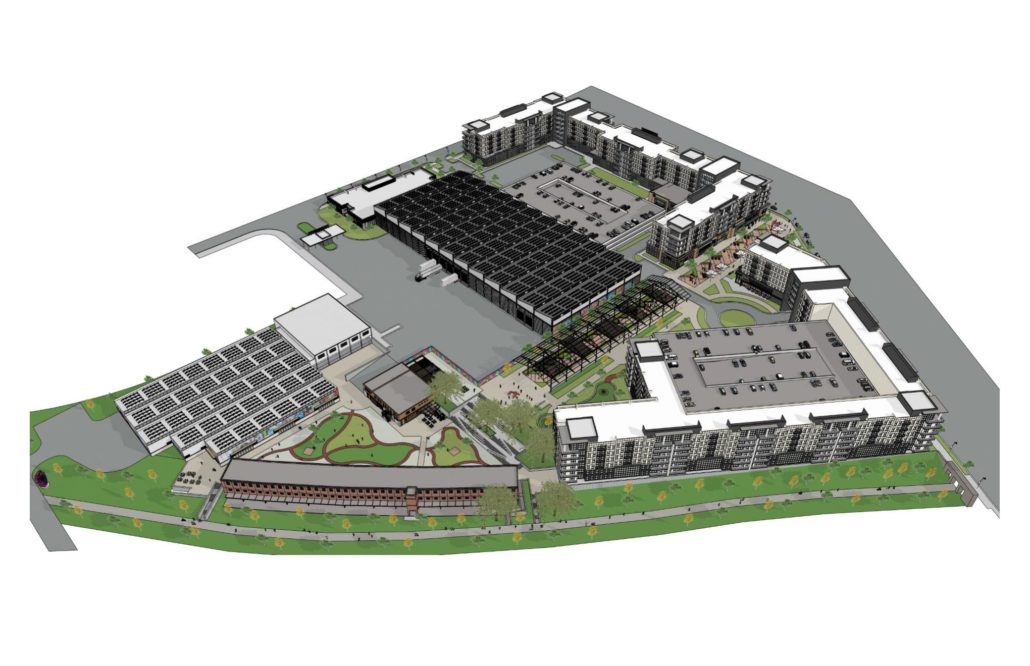 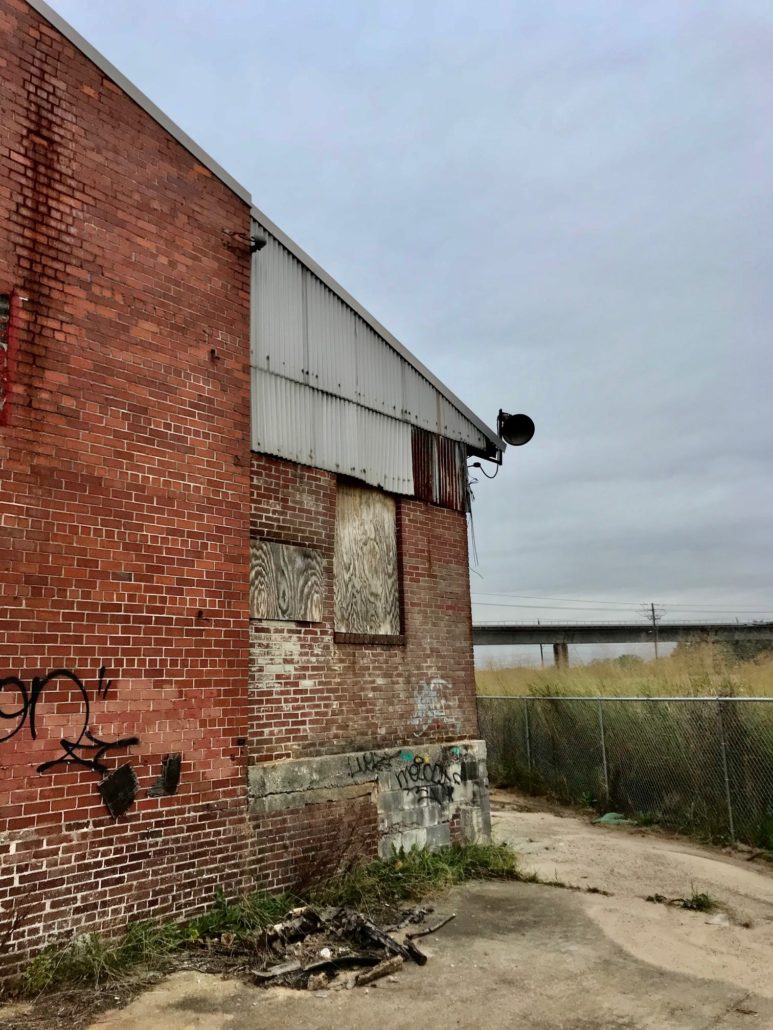