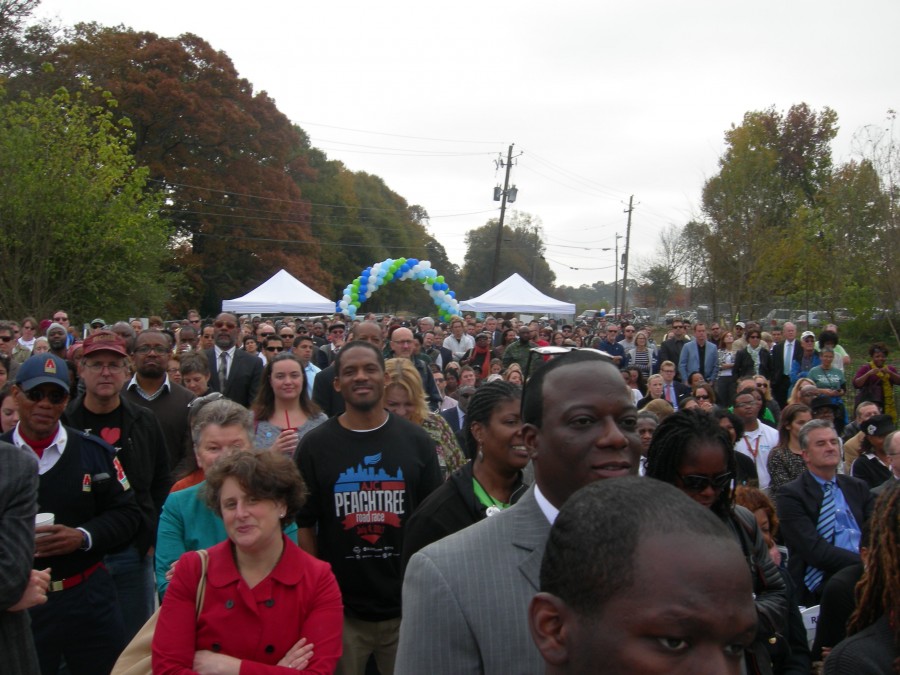 A gift of nearly $600,000 from Delta Air Lines CEO Richard Anderson and his wife, Susan, helped close out the $12.5 million campaign to fund the Atlanta BeltLine’s Westside Trail.

The private fundraising campaign was crucial in securing an $18 million TIGER V grant from the U.S. Department of Transportation, which is accelerating construction on the Westside Trail by two to three years. 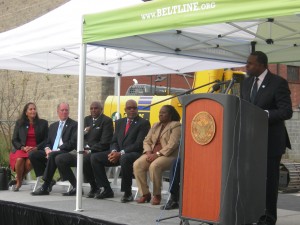 Funding will support the development of the Westside Trail, land acquisition, and project management and stewardship through the Atlanta BeltLine Partnership’s continuing efforts to enable the transformative project, empower the residents of the surrounding neighborhoods, and engage the users and visitors of the parks and trails.

The Atlanta BeltLine Partnership, the private fundraising arm for the transformational initiative, announced the successful completion of the campaign on Tuesday. The lead gift of $5 million came from Jim Kennedy through the James M. Cox Foundation/PATH Foundation.

Another critical gift that helped close out the campaign was a grant of $500,000 from Porsche Cars North America. 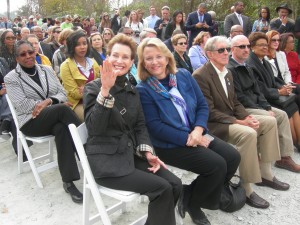 Sarah Kennedy and Nancy Rigby of the James M. Cox Foundation are among the dignitaries at the Westside Trail ground-breaking last November

Meadows went on to say that Kennedy’s generous gift as well as the leadership on the board and fundraising committee “infused the campaign with the momentum to not only meet the tight TIGER V grant timeline, but also to rally other donors to accelerate the completion of the campaign.”

The Andersons donated 13,000 shares of Delta Air Lines’ stock to the Atlanta BeltLine on Feb. 20, according to Trebor Bannister, a Delta spokesman. Based on the price Delta’s stock at that time, the value of that gift was about $598,000.

It was the second major gift Richard Anderson has made to the Atlanta BeltLine since last May when he donated 28,500 shares of Delta stock to the project, according to Bannister, who did not say how much that gift was worth.

Other major gifts to the Westside Trail campaign included:

Here is a list of the Capital Campaign Donors:

In Memory of Herman J. Russell

The Atlanta BeltLine Partnership said that when the Westside Trail is completed, it will transform an abandoned rail corridor into a 14-foot wide paved multi-use pathway for pedestrians and non-motorized vehicles. 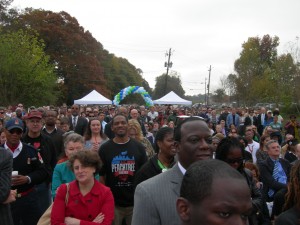 The project will also include the construction of 14 access points, 11 of which will be ADA-accessible, along with lighting, security cameras, signage, way-finding, mile-markers, and underground utility tunnels.  An expansion of the Atlanta BeltLine arboretum will blend hundreds of large, native trees and integrate more than 30 acres of inviting and usable new green space.

The project will be constructed in preparation for future streetcar expansion. The Westside Trail connects four schools and four parks, as well as the residents of 10 southwest Atlanta neighborhoods to public transit, existing community businesses and future economic development sites.

Thanks to the Kaiser Permanente funding, there will be programming to improve the health of the people and communities on the Westside Trail. For more information, please visit the Atlanta BeltLine’s website about the Westside Trail.

Previous Article
Fortune 500 has no female CEO from Georgia – yet
Next Article
In Toronto, Atlanta leaders find a city on steroids