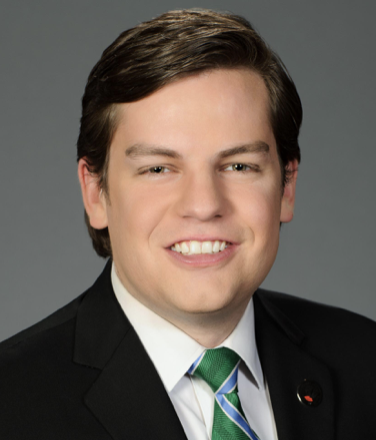 Atlanta City Councilmember Matt Westmoreland has come out as gay on the eve of his second term in office.

Westmoreland, who holds the citywide Post 2 at-large seat, made the announcement on social media late on the night of Jan. 2. 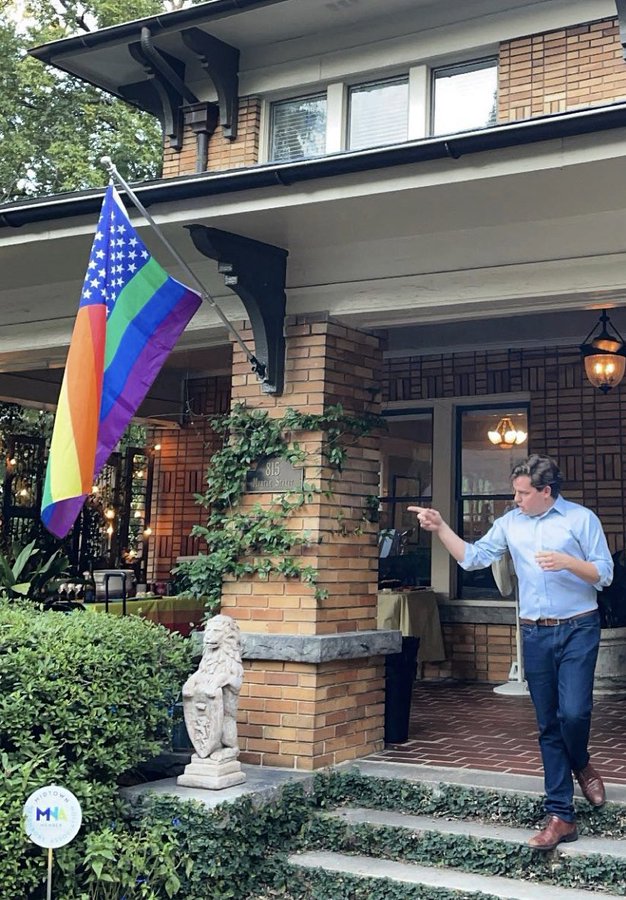 Atlanta City Councilmember Matt Westmoreland points to a combination U.S. and LGBTQ flag in a photo he posted on Twitter along with his statement about coming out.

“Tomorrow afternoon, I’ll swear an oath for a third time to serve the City of Atlanta and all her residents. And I’ll do so as a proud member of our LGBTQ+ community,” he wrote.

Westmoreland wrote that he “wrestled” with the decision to come out publicly. “In the end, I wanted to be true to myself — and to you,” he wrote.

Along with the statement, he posted a photo of himself pointing to a U.S. flag bearing the LGBTQ rainbow. He told SaportaReport shortly after the announcement that he identifies as a member of the LGBTQ+ community and gay.

Westmoreland, a Midtown resident, won the council seat in 2017 and previously served a term on the Atlanta Board of Education. He has worked as an Atlanta Public Schools teacher and with the summer learning program Horizons Atlanta, among other positions.

The new City Council will have four openly LGBTQ members. The others include Liliana Bakhtiari, who is queer and non-binary, in District 5; Alex Wan, who is gay, in District 6; and Keisha Sean Waites, who is lesbian, in the Post 3 at-large seat.

“Tomorrow afternoon, I’ll swear an oath for a third time to serve the City of Atlanta and all her residents.

“And I’ll do so as a proud member of our LGBTQ+ community.

“I wrestled with the decision to post this note: The fact that the content is so personal. The desire to live in a world where such pronouncements aren’t necessary. The fear that who I chose to be with would change how people view me or my public service.

“But the former teacher and school board member in me has been thinking about our students who have ever struggled to accept themselves for who they are. And, frankly, has found inspiration in our students who allow their authentic selves to shine brightly for all to see.

“In the end, I wanted to be true to myself — and to you. While the road to deeper self-understanding may vary in length and time, I am grateful for the support of family and friends while I undertook my own work over the last several months to embrace my own identity.

“That work has also helped center me on setting an example for our young folks — to love themselves for who they are, without having to deny their identities or question their self-worth.

“For the last eight years, I’ve worked hard each and every day to help build an equitable, inclusive and diverse Atlanta for all who call this incredible city home.

“I am excited to recommit myself to that fight tomorrow. And I’m proud that I will do it as I also fully embrace who I truly am.