Atlanta Daily World building gives us hope – we can save history 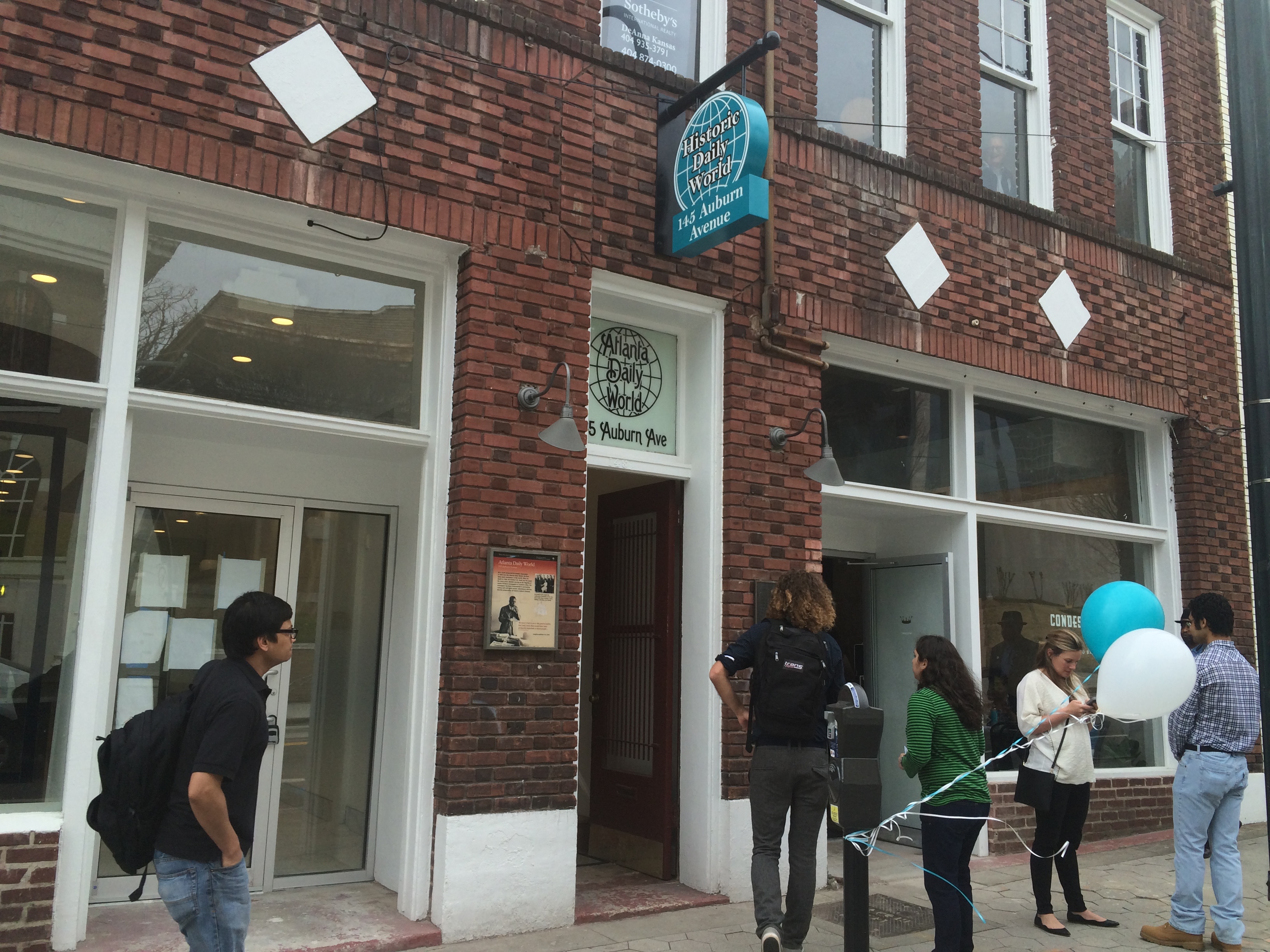 It can be done.

To all the naysayers who view dilapidated older buildings as lost causes, stop by the Atlanta Daily World building at 145 Auburn Ave.

The attractive red brick building today stands as a testament of what a sensitive developer who has a passion for the historical integrity a place in time can accomplish.

Thank you Gene Kansas for showing us it can be done. 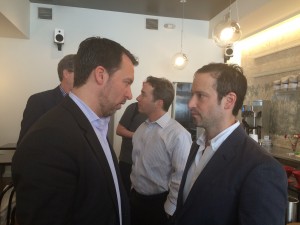 The building dates back to 1912 – witnessing the ups and downs of one of Atlanta’s most famous corridors – Sweet Auburn. From 1928 to 2008, it was the home of the Atlanta Daily World, the oldest, continuously operating daily African-American newspaper in the United States.

And then came the devastating downtown tornado of 2008 – when the roof of the building was blown off and the famous Atlanta Daily World sign was damaged. The newspaper, then being run by Alexis Scott, moved to a suburban location.

In January 2012, the Integral Group announced it wanted to buy the property, tear down most of the building and redevelop on the site. In a joint statement at that time, Alexis Scott and Integral said: “the building has been uninhabitable and beyond repair since the storm.” 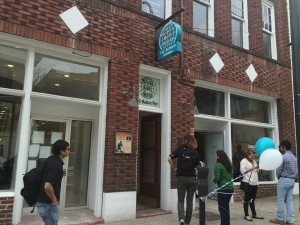 A petition with 1,100 signatures objected to the demolition, and the Atlanta Urban Design Commission unanimously denied the demolition permit.

But Mark McDonald, president and CEO of the Georgia Trust for Historic Preservation, said saving a building from demolition is only half a win. A true win is finding someone who will preserve a historic structure and give it an economic reason for being.

That’s where Gene Kansas and his business partners came in. Kansas bought the building from the Scott family. Alexis Scott was there on Thursday, and Kansas thanked her for “sharing your legacy with us all.”

She certainly seemed pleased Thursday that the building was still standing.

While others might have seen a hopeless cause, Kansas saw what 145 Auburn Ave. could become – and on March 12, 2015, he was able to open the doors of the building to all of Atlanta to show everyone what can be done if one’s heart is in the right place. Kansas credited the architects – Gamble & Gamble as well as the contractors, bankers, lawyers, politicians, civic leaders and even the media. 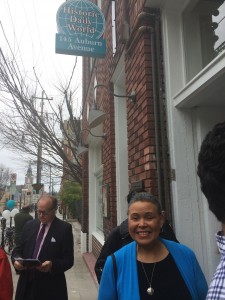 Alexis Scott stands in front of the Atlanta Daily World, the newspaper that was started by her family in 1928

Dozens of people came by for the grand-opening of the reopened Atlanta Daily World building. An Arden’s Garden takes up one storefront of the building, and Condesa Coffee takes up the other storefront. In between both of them is a long corridor of stairs that leads up to two beautifully-renovated apartment spaces that are available for lease.

Every so often, the streetcar goes up Auburn Avenue showing yet one more amenity that has come to the corridor.

On the walls of the apartments and the stores are photos of how the building looked like during its heyday and at its worse. One could understand why some questioned whether the building could be saved.

And that’s the lesson of this project. It shows that where there’s a desire and a commitment to preserve history, it can be done.

“We almost lost this building,” Kansas told the overflowing crowd that had crammed into the Condesa Coffee show to hear about the project. “Today’s good news: this building will not go down in history. I’m so happy we are all here to celebrate together.”

By the way, McDonald was in a celebratory mood Thursday. The Georgia House of Representatives had passed a bill Wednesday evening to raise the caps on commercial rehabilitation projects from the current level of $300,000 to $5 million. Now the bill is on its way to the Georgia Senate. 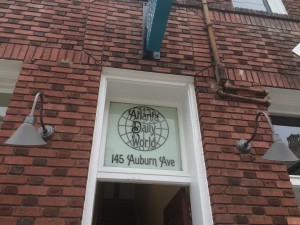 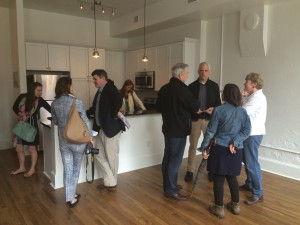 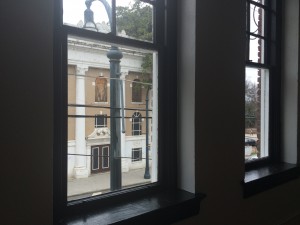 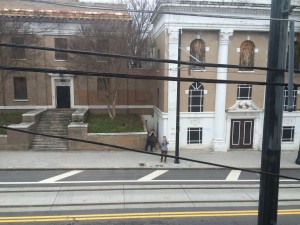 Another view of Atlanta Life buildings from Atlanta Daily World window. Are they saying: Save Me? 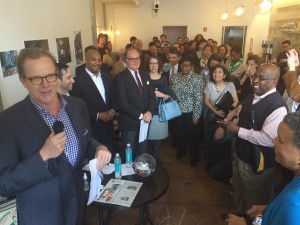