Atlanta Fed President Raphael Bostic on Tuesday continued his forceful call for an end of structural racism for reasons he sees as moral and economic. 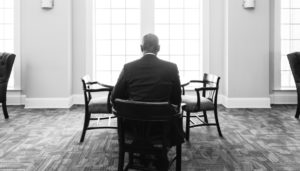 Atlanta Fed President Raphael Bostic on Tuesday continued his call for an end to systemic racism for reasons he described in his paper, ‘A Moral and Economic Imperative to End Racism.’ Credit: Credit: Sadat Karim via Federal Reserve Bank of Atlanta

Bostic was asked frequently to offer his thoughts during a virtual roundtable, Race, Mobility and Fairness in the U.S. Economy. The 66-minute conversation was hosted by the National Association for Business Economics.

Bostic served with panelists including Neel Kashkari, president of the Minneapolis Fed. Both men have been vocal in calling attention to racial and structural inequities in the financial system. Kashkari established the Opportunity & Inclusive Growth Institute, in 2017, to develop research that he intends to enable the Fed and other policymaking bodies to, “increase economic opportunity and inclusive growth for all Americans.”

Bostic occupies rare space in the hierarchy of the nation’s central bank. 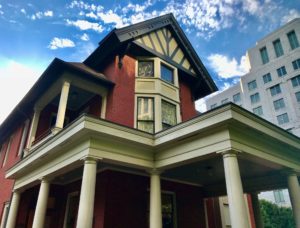 Side by side, the Margaret Mitchell House (foreground0 and Atlanta Fed (background) represent different eras in the South. Peggy Mitchell, author of ‘Gone with the Wind,’ resided in the house; Atlanta Fed President Raphael Bostic wants the central bank to set a new course for economic equality and fairness. Credit: Kelly Jordan

Bostic is the only Black Fed president and CEO. The Federal Reserve’s Sixth District is based in Atlanta, widely viewed as cradle of the civil rights movement. The district encompasses the nation’s deep roots of slavery in a region that includes Alabama, Florida and Georgia, and portions of Louisiana, Mississippi and Tennessee.

Bostic stepped forward June 12 with a statement on social justice that remains ahead of Fed Chairman Jerome Powell’s public position.

The paper, A Moral and Economic Imperative to End Racism. By Raphael Bostic, President and CEO, presents Bostic’s personal views and concludes with three actions he contends are within the scope of the Atlanta Fed and have the ability to, “reduce racial inequities and bring about a more inclusive economy.”

The three measures are: Use monetary policy to improve the economy and stability of the nation’s financial system; promote maximum employment by educating stakeholders; and have the Atlanta Fed become a more inclusive workplace, to serve as an example of best practices.