Atlanta Fed President Raphael Bostic pointed to a few Atlanta neighborhoods to explain why the Federal Reserve intends to revise the law that governs banking in many minority and lower-income communities. 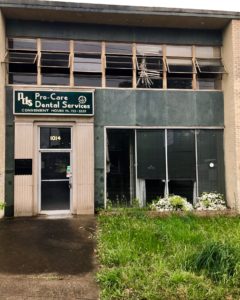 “We must create incentives for capital to go where it adds the most value, especially in communities that are sorely in need of significant investments like Thomasville Heights, South West Atlanta and others,” Bostic wrote in an email.

Bostic is emphatic in his call for the nation’s central bank to overhaul the Community Reinvestment Act. Congress passed the CRA in 1977, giving the Fed a role in ensuring that banks and other depositories provide an adequate supply of credit in all communities, regardless of income. Passage came nine years after the Fair Housing Act of 1968 was passed to halt racial discrimination in the sale and rental of housing.

Bostic elaborated on his perspective:

The Federal Reserve has asked the public to provide comments on its effort to modernize the CRA. The Fed announced the revision Sept. 21 and described the purpose of the revision as such: 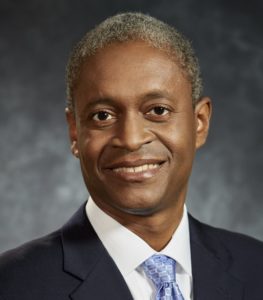 The review intends to capture the evolution of virtual banks, depositories that don’t have a physical location. In Atlanta, a new example of a virtual bank is Greenwood, the institution announced last week by three Black icons – Andrew Young, Michael “Killer Mike” Render, and Bounce founder Ryan Glover.

This institution and others, which function on emerging digital platforms, use the type of technology that Bostic mentioned, and which Federal Reserve Board Governor Lael Brainard identified in her Oct. 1 speech during the fall meeting of the Independent Community Bankers of America. Brainard has been named in multiple reports as a potential Treasury secretary in a possible Biden administration. She said: 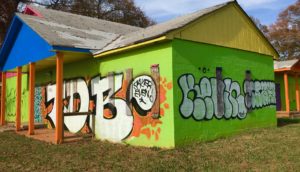 Colorful paint brightens the view in Atlanta’s Thomasville Heights neighborhood, but does not conceal the lack of access to capital to finance improvements. Credit: Kelly Jordan

Bostic provides the perspective of the nation’s first Black Fed president/CEO. In the aftermath of demonstrations over the death of George Floyd, who died while in custody of Minneapolis police, Bostic has identified avenues for the nation’s central bank to deliver greater responses to the financial stress of the pandemic and structural racism in the nation’s financial system. Congress and the executive branch have a major role to fulfill, but they can’t solve all the problems, he has said.

Most recently, Bostic observed Oct. 7 in a roundtable discussion hosted by the Federal Reserve Bank of Minneapolis, Racism and the Economy:

In addition, the Fed has a clear role to perform, Bostic said: 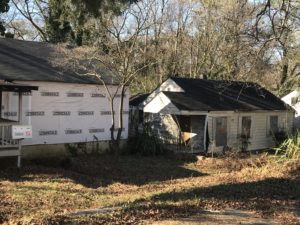 A lack of access to capital could contribute to the slower pace of housing renovation and construction in lower-income neighborhoods such as Oakland City. Atlanta Fed President Raphael Bostic named Southwest Atlanta as an area in need of access to capital. Credit: David Pendered

Bostic has been at the forefront of calling for the central bank to take on a greater role in responding to the growing call for financial equity. Bostic published an essay June 12 that was outlined some positions later supported by Fed Chairman Jerome Powell. Bostic’s piece commanded greater attention in the business media than the years-long efforts by Minneapolis Fed President Neel Kashkari to address systemic financial areas in the district. Bostic wrote in the paper, A Moral and Economic Imperative to End Racism: