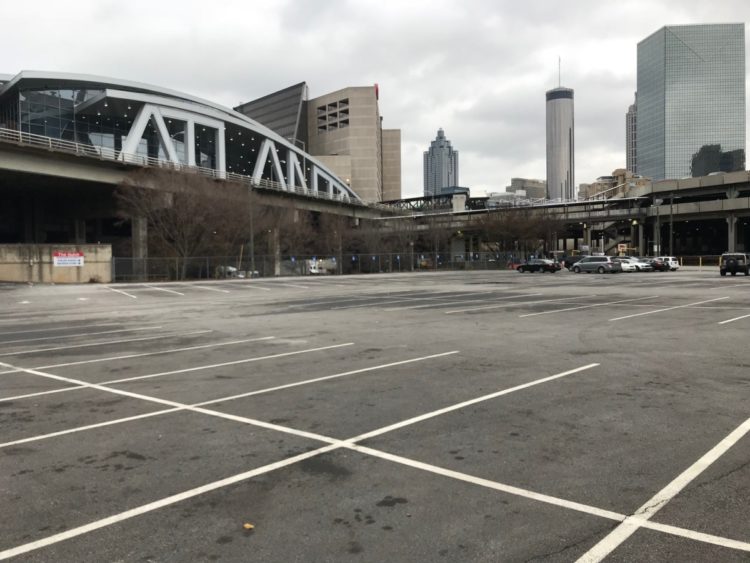 A Fulton County judge says public agencies acted their parts correctly according to law and the Georgia constitution in a complex bond procedure that’s pledging up to $1.25 billion backed by sales taxes to support a proposed private development in the Gulch. But opponents will ask for a higher court’s opinion.

Judge Robert C.I. McBurney of the Superior Court of Fulton County denied objections that had been laid out in his courtroom and in court filings on a so-called Enterprise Zone bond transaction. 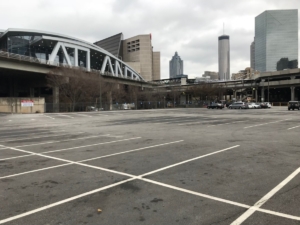 There’s not much going on the Gulch now, which is why some say a subsidy is a fine price to pay for getting something built that will — after decades — pay full freight in taxes.  There are many critics who say the price is too high. Credit: Kelly Jordan

McBurney started his order by saying that he’s ruling on matters of law, not on the public policy of Atlanta City Council. But he neatly summarized the policy debate.

“The question is not whether downtown Atlanta needs another live/work/play development or if the local economy is large enough and growing fast enough to support competing buildouts of both the Gulch and the Underground or if providing some of the limited pool of public financing to support a multi-billion dollar private commercial development is the highest and best use of the people’s money.  Those are all important questions — but they are questions for, as mentioned above, a different branch of government,” McBurney wrote.

Those questions and others divided Atlanta City Council in its Gulch vote in November.

McBurney’s ruling is only on one case of three, the case about EZ bonds. Under state law, certain large developments in underdeveloped areas can qualify to receive incentives drawn from part of the cash that is derived from sales taxes collected in their footprints.

A group of city of Atlanta residents intervened in three separate cases to stop the bond sales that underwrite the deal. (Atlanta Public Schools was briefly involved in part of the intervention but withdrew.)

The other two cases speak to Gulch-area property tax funds that would be used for the benefit of The CIM Group, a  developer that’s proposing up to 12 million square feet of new residential, retail and (mostly) office space in the disused Downtown acreage.

There’s no ruling yet on the two bonds involving property taxes, but in his order, McBurney wrote that the bonds in those two cases will also be validated. (Basically, OK’d for sale.)

CIM has unveiled plans for what it’s calling “Centennial Yards:” the Gulch rebuilt as 12 to 15 city blocks that would take up to 15 years to build out, the Atlanta Journal-Constitution has reported.

The total subsidy between property tax and sales tax support would get near $2 billion in today’s dollars, though over decades, according to the city.

A court appeal is coming, according to a emailed statement from the Redlight the Gulch campaign’s Julian Bene, who is one of the intervenors, and one of the leaders in the campaign at City Hall to fight the deal. He’s long said that the city’s projections about retail sales in the Gulch are too sunny; and he thinks that the way the law is written, CIM will get much more benefit from property taxes than city documents suggest. And those are part of Redlight’s objections.

But the group is anticipating something different from a higher court.

“The Fulton court has not turned down a city bond proposal for longer than anyone can remember, but appeals courts and those in other counties have been less deferential,” the statement reads in part.