Atlanta Hawks winning thanks largely to absence of Danny Ferry 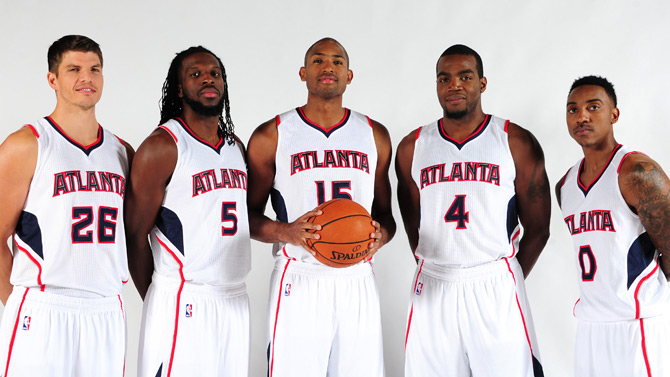 At least that is the view of several people who are familiar with the inner-workings of the Atlanta Hawks, including one of team’s most loyal fans – businessman Tommy Dortch

Ferry was the general manager of the Atlanta Hawks until this past summer when he was put on an indefinite leave for having made racially-derogatory comments during a June telephone conference call among team owners about potential players. 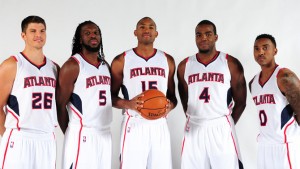 The starting line-up for the Atlanta Hawks (Special: Getty Images)

That led to an internal investigation of the team that also resulted in one of the major owners of the team – Bruce Levenson – stepping down and announcing that he would sell his interest in the Atlanta Hawks.

After all the conflict and confusion in the front office this year, and all the questions over who will own the Hawks, one would expect the team to be in disarray.

But the exact opposite has happened.

With Danny Ferry and Bruce Levenson gone, it is as if a heavy cloud has been lifted from over the team.

Indeed the team has been able to flourish under the exceptional stewardship of Coach Mike Budenholzer who deserves most of the credit for this season’s success of the Atlanta Hawks. 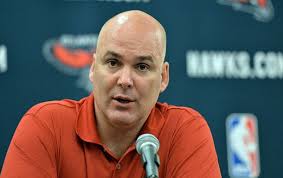 Danny Ferry, Atlanta Hawks General Manager who is out on indefinite leave

Still, all too often, sportscasters and basketball fans are heard saying: “This is the team that Danny Ferry built.”

So now there is a prevalent rumor that Ferry is trying to orchestrate his comeback as general manager of the Atlanta Hawks after next weekend’s All-Star break, according to several people close to the team.

Dortch, an African-American business leader who has chaired the Atlanta Business League several times, has heard about Ferry’s campaign to get his job back. He said he will do everything he can to prevent that from happening. 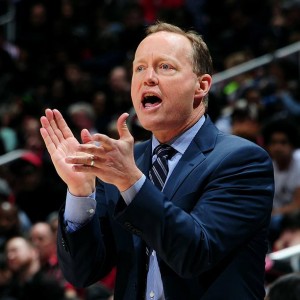 “All the success of the Hawks has come with him being gone,” Dortch said in a long telephone conversation Sunday night. “Why would you want to disrupt the harmony that’s going on? Why do you have him come back and upset the chemistry? The community will be up in arms if Danny Ferry comes back.”

Dortch has several reasons to believe that Ferry’s return would be demoralizing to the team in particular and to the city as a whole. Because he is so close to the inner-workings of the team, Dortch had several examples to share.

“There’s no way he should be executive of the year,” Dortch said. “Danny Ferry was attempting to trade Jeff Teague last year before the playoffs, but that did not go through because of him twisting his ankle.”

Teague, one of five starters on the team, is one of the three Hawks players who has been selected to play as part of the Eastern Conference team during the All-Star Game on Feb.15. The team will be coached by Budenholzer.

Without a doubt, a key reason the Atlanta Hawks have the best record in the East is because Teague is part of the team.

Dortch also had a personal unpleasant experience with Ferry.

For two years, Dortch championed the effort to honor legendary Hawks player Dominique Wilkins with a 15-foot-statue at a prominent location in front of Philips Arena.

“He stood in the way (of the statue) for two years,” Dortch said. “We certainly don’t want Danny Ferry around during March 5 and 6. That’s when we will have one of the greatest celebrations of any athlete in this city with the statue dedication for Dominique Wilkins. Here is a guy who didn’t want Dominique to have a statue.” 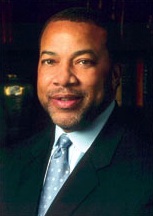 Dortch also said that Ferry was dragging his feet about renewing Wilkins’ contract as part of the executive team and broadcaster for the Atlanta Hawks until after the controversy and once Hawks CEO Steve Koonin got involved.

“Steve Koonin has stepped in and done a good job during a very difficult time,” Dortch said. “Many of us were upset and angry with what went down. Why would anyone let Danny Ferry come back?”

As Dortch sees it, given the fact that the Atlanta Hawks currently are for sale, a new ownership group should not be saddled down with a controversial general manager – especially when the team is playing better than it ever has without having a GM in place.

“All they have done has been done without Danny Ferry,” Dortch said. “Danny hasn’t earned a thing in Atlanta but a one-way ticket out of it. There’s no way I can see him coming back to this team.”