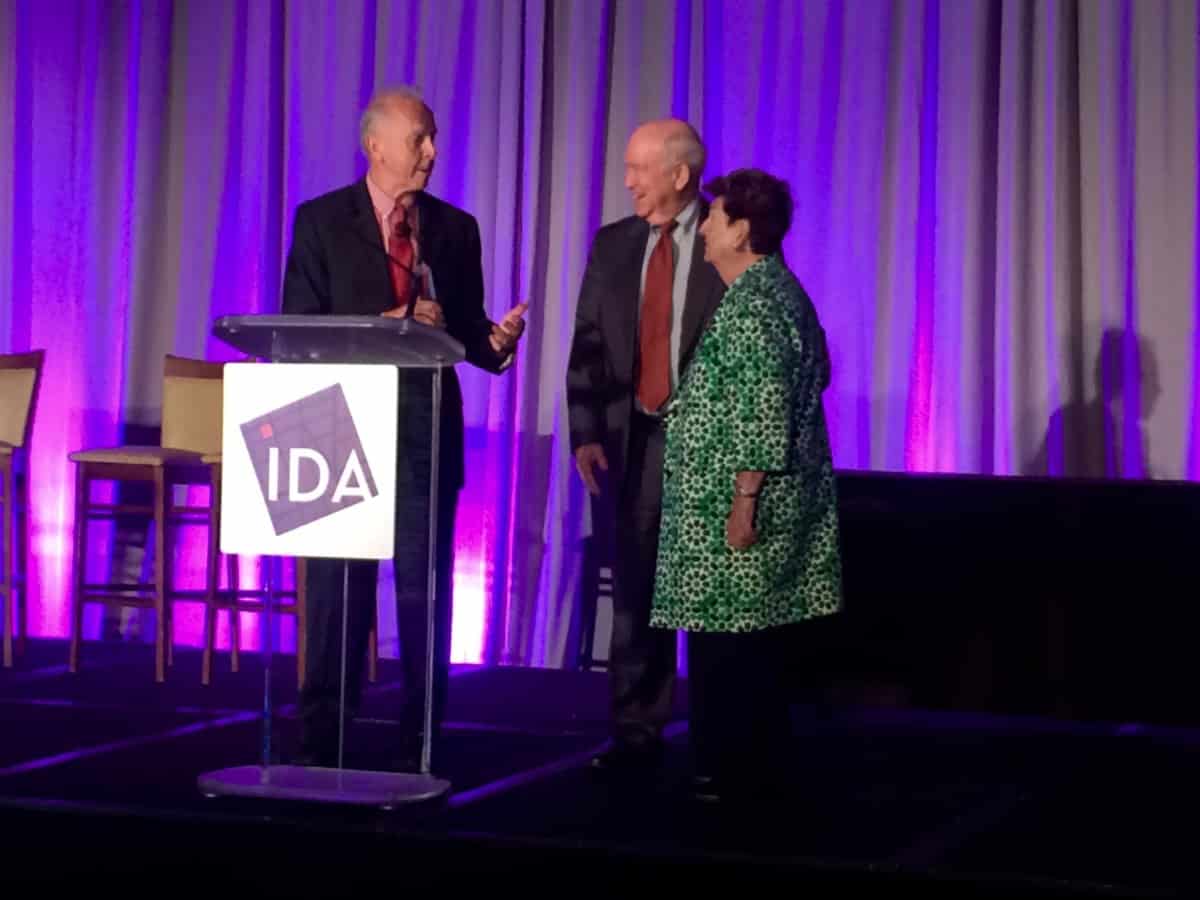 The last time Atlanta hosted the International Downtown Association, it was in 1977 – a time when Atlanta’s central city was beginning to enter a period of decline.

Population was decreasing as growth and development extended to suburban communities – partly due to white flight. And downtown businesses and retailers were beginning to look elsewhere for customers.

At the time, the head of Central Atlanta Progress was Dan E. Sweat, who had emerged as a major leader in Atlanta and as a champion of downtowns nationally.

A.J. Robinson, today’s president of Central Atlanta Progress, actually found a program of the 1977 convention, which he displayed to the 700-plus downtown enthusiasts from around the country who are meeting in Atlanta for the 62nd IDA annual meeting. 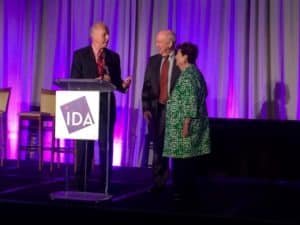 The organization had a different name – the International Downtown Executive Association (IDEA). And it was assumed that all the executives coming to the meeting were men.

“There was a jam-packed ladies program for the spouses,” Robinson said. Among the women who hosted the ladies program were Tally Sweat and Alicia Philipp.

Fast forward to today. The IDA has broadened its umbrella to include staff members as well as executives and industry consultants. Also, a large percentage of the attendees are women.

The lingo has also changed from just trying to have healthy retail and businesses to place-making and creating experiences for people. During the 2016 Conference, a running theme was providing places that were welcome and inclusive to all.

But the IDA also paid tribute to its past. Its lifetime achievement award is named after Atlanta’s-own – the late Dan Sweat – a name that was repeated several times during the conference (which ends Friday).

A former recipient of the Dan Sweat award – Jim Cloar of Tampa – presented this year’s award.

It’s great to be back in Atlanta,” Cloar said. “My very first IDA meeting was here in Atlanta 1977.” 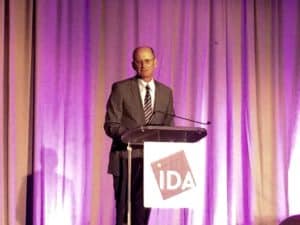 Cloar remembered how Sweat took him under his wing, and he was able to witness Sweat’s unique management style.

“He broke the mold. He was innovative, courageous, an initiator and an activist,” Cloar said. “Throughout his lifetime, he continued to be a mentor to lots of us. He really had a love for this organization. In 1983, I became chairman, and we had membership of 200. We were little known and lightly regarded.”

The organization at the time had a deficit, and Cloar had to find a new leader for IDA – and the organization hired Richard Bradley as its president, a position he held until 1997 when he became executive director of the DowntownDC Business Improvement District.

“Rich Bradley immediately impressed us with his enthusiasm and his vision of where the organization should be headed,” Cloar said.

Upon accepting the award, Bradley also remembered Sweat – calling him the founder of public-private partnerships, which “did not exist before Dan,” he said.

“When I first joined IDA in 1983, I would routinely get calls from reporters saying the downtown department store was closing, and does this mean downtown is dying?” Bradley said. “No, it means downtowns are changing.”

Soon suburban shopping malls not only took downtown stores, but they also began calling themselves – town centers. And downtowns three decades ago were thought to be dirty, dull and dangerous places, Bradley said.

But downtowns have been on the rebound as the genuine town centers. In recent years, downtowns and urban centers now are becoming desirable places to live, work and play. 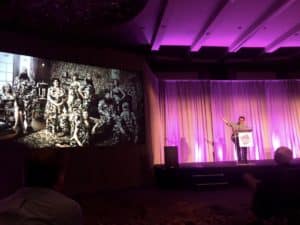 “We are ensuring that a community is an inclusive and democratic center,” Bradley said. “That will be the agenda for the future.”

Later Bradley said downtowns now “have transformed themselves” in the market.

‘Today we are centers of the experience economy and the innovation economy,” Bradley said. “We have become the places where people enjoy visiting.”

Several Atlantans have been part of the 2016 IDA conference.

Chuck Reece, founder and editor of the Bitter Southerner, compared downtowns to gumbo – pointing out that okra was the secret ingredient that held the stew together.

Matt Bronfman, CEO of Jamestown, explained why his company has chosen to develop projects in unique environments – mentioning both Chelsea Market in New York City and Ponce City Market in Atlanta.

Ellen Dunham-Jones, a Georgia Tech architecture professor who has become an expert in retrofitting suburbs, talked about how cities can learn from suburbs and vice versa.

And former Atlanta Mayor Shirley Franklin described how the non-profit Purpose Built Communities is working around the country to break the cycle of poverty in some of the most distressed communities. Purpose Built was formed as a way to replicate the success the East Lake Foundation has had in transforming that community. 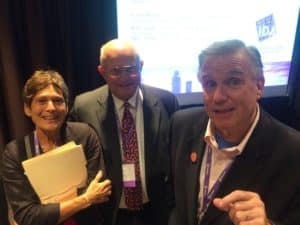 Meanwhile, David Downey, IDA’s current president and CEO, said the organization is launching its next era with the tagline: “Inspired leaders. Shaping Cities.” The organization now includes not just downtowns but activity centers throughout a city.

The outgoing chairman – Michael Smith from Charlotte – said the purpose was for attendees to learn from each other, and he endorsed an idea presented by CAP’s Robinson, who urged other cities to adopt the Daffodil Project. CAP’s Daffodil Project is a way to honor children who were victims of the Holocaust or are suffering from different humanitarian crises in the world.

Lastly, the incoming chairman of IDA is Tim Tomkins, president of the Times Square Alliance in New York City, said the future will be about adding to the mix – celebrating the diversity in our cities and being sensitive to issues of equity.

As he said about downtowns: “We have a real important role to play.”