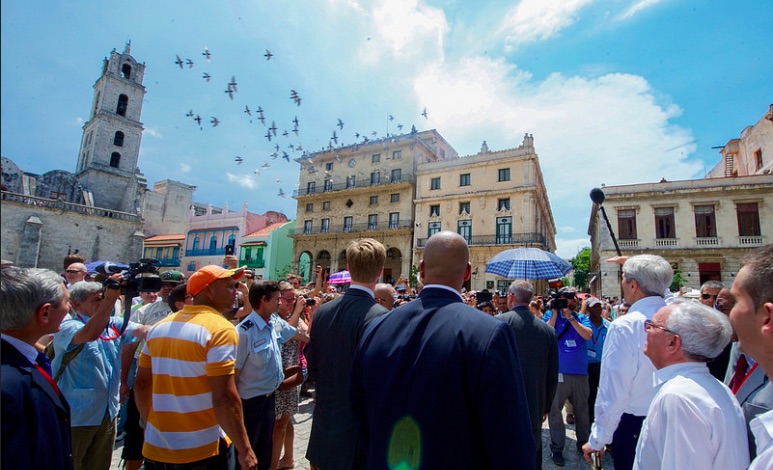 Normalizing diplomatic relations with Cuba is in the works as the White House seeks a new approach to engagement after 54 years.

Congress will further decide the breadth of such relations with votes on three bills to end the trade embargo and travel ban.

A delegation of Atlanta residents from the city’s World Affairs Council recently visited the Caribbean island nation and brought back with them much enthusiasm and hope for the future.

At a Metro Atlanta Chamber discussion last week, René Diaz, chairman and CEO of Atlanta-based Diaz Foods, said: “Cuba is a Communist country trying to be socialist and wanting to be capitalist.”

Diaz and the Chamber’s Jorge Fernandez, both Cuban-Americans, believe the diplomatic opening will lead to economic opportunity.

Fellow panelist Jackie Royster agreed. As dean of Georgia Tech’s Ivan Allen College of Liberal Arts, she has advised university leaders that the “horizon is indeed a long one with potentially multiple meaningful connections.”

Many attendees from the delegation noted the country’s stark juxtaposition of beauty and decay. Both provided opportunities – for Cuba to become a destination for cultural tourism and for the country to build a robust, thriving economy.

Metro Atlanta leaders are hoping to benefit from the pending economic boon with future World Affairs Council delegations planned to lay the bricks for mutual trust with prospects for nation building.

Just a few days ago, John Kerry visited Havana, the first Secretary of State to visit since Franklin Delano Roosevelt was president. 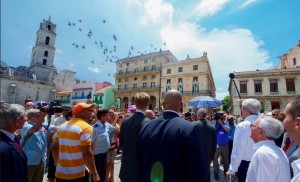 In the historic speech, he appropriately quoted the famous Cuban writer Jose Marti, whose passionate calls for a democratic, independent Cuba, have been quoted by Fidel Castro’s friends and enemies alike.

“Jose Marti once said that ‘everything that divides men…is a sin against humanity,’” Kerry said. “Clearly, the events of the past – the harsh words, the provocative and retaliatory actions, the human tragedies – all have been a source of deep division that has diminished our common humanity. There have been too many days of sacrifice and sorrow; too many decades of suspicion and fear. That is why I am heartened by the many on both sides of the Straits who – whether because of family ties or a simple desire to replace anger with something more productive – have endorsed this search for a better path.”

It’s too soon to determine the full extent of future diplomatic relations, but if America can find common ground with China and Iran, surely it can do the same with Cuba.