Atlanta Mayor Andre Dickens during a media roundtable at the old City Council Chambers in the historic City Hall. (Photo by Maria Saporta.)

Although he’s been in office less than a month, Atlanta Mayor Andre Dickens already has done more in a matter of weeks than some have done in years.

He has been sworn in as a board member of the Atlanta Regional Commission and attended his first meeting. 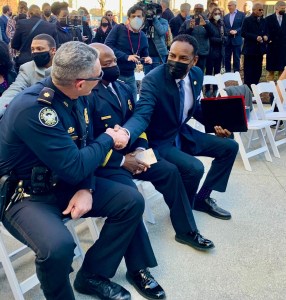 Mayor Andre Dickens at the announcement of a new Zone 2 police precinct in Buckhead on Jan. 13. (Photo by Kelly Jordan.)

He has had several roundtable discussions around the issues of homelessness, young men of color, the clergy, the media, Buckhead, nonprofit leaders, small businesses. And plenty more round-table meetings are planned on other issues, such as affordable housing.

During the past three weeks, Dickens also welcomed President Joe Biden and Vice President Kamala Harris, and last week, he attended his first U.S. Conference of Mayors in Washington, D.C., where he pledged to take an active role.

Dickens also said he has met numerous times with Eugene Jones Jr., CEO of the Atlanta Housing authority to figure out how to expedite the development of more affordable housing units. 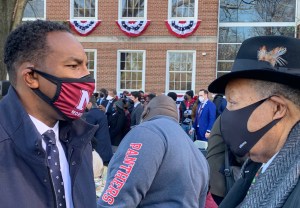 Dickens has attended many of the roll calls at police precincts seeking to open up a dialogue with Atlanta’s police officers.

After watching the Georgia Bulldogs win the National Championship on Jan. 10, Dickens went to visit a warming shelter for the homeless.

In short, Dickens said he is usually up before sunrise, and he’s working until well after dark — fueled by passion and energy drinks.

One person close to City Hall did express concern that if Dickens continues at this pace, he could burn himself out. It’s important he has enough energy and staying power to last the next four years.

“He loves it,” another City Hall insider said. “There’s no hour too early or hour too late. We’re trying to get stuff done. He’s operating under an extreme degree of urgency.” 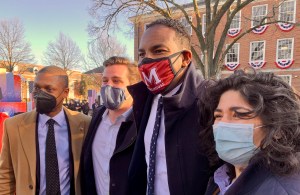 During a media roundtable on Jan. 18, Dickens spoke of his belief that customers come first — how he tries to respond to texts and emails on a timely basis. But with 500,000 city residents and millions more visitors, he lamented the fact that he can’t be as responsive as he’d like to be, saying he was wading through more than 1,650 text messages alone.

In his first few weeks as mayor, Dickens has been intentional in drawing big circles and including many people in his outward-leaning administration. It is apparent in his 40-member transition team, co-chaired by Howard Franklin, CEO of Ohio River South; and Sharon Gay, senior counsel of Dentons who ran for mayor against Dickens but endorsed him during the run-off. 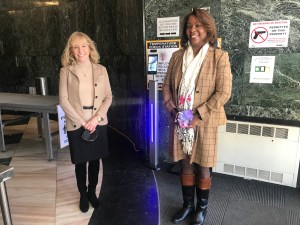 “I appreciate the outpouring of support we’ve received from every corner of our city,” Dickens said when announcing the transition team. “In keeping with my commitment to draw circles, I’ve recruited a dynamic and diverse group to help move Atlanta forward.”

“As a Council colleague over the last four years, I’d seen and experienced Mayor Dickens’ warm and outgoing personality, his genuine desire to work with others and his willingness to dive in and grind through the details of policymaking,” Westmoreland wrote in a text. “His responsiveness, accessibility and presence over the last few weeks aren’t new — but I am glad that so many more folks are getting to experience them firsthand.” 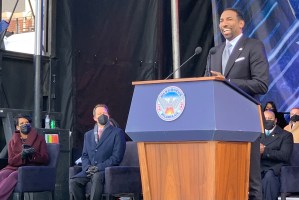 Andre Dickens at his inauguration as mayor on Jan. 3. (Photo by Kelly Jordan.)

Dickens also has started to build out his team, naming Lisa Gordon, president and CEO of Atlanta Habitat for Humanity, to be his chief operating officer starting Feb. 7.

“We have a significant number of vacancies due to just worker shortage, transition announcements and things of that nature,”  said Dickens, adding he’s looking to fill deputy-level positions and director-level positions across the administration and that he’s working with consultants to help build out his team and prepare his agenda. 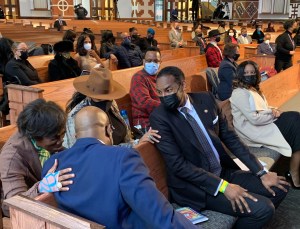 One important position that needs to be filled is that of executive director of the Atlanta Committee for Progress, a high-level group of corporate, civic and academic leaders who have been on tap to guide every mayor since it was created during Mayor Shirley Franklin’s administration.

“We have some candidates that are being vetted, and I’ll get a final look at them,” Dickens said during the media roundtable. “We’re about three to five weeks out on that.”

He also said he continues to be in conversations with Felicia Moore, the former City Council President who he beat in the run-off, about a possible role in his administration. 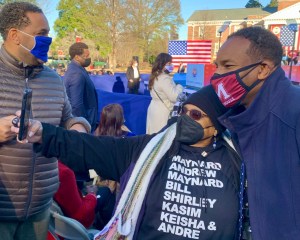 “She and I have talked each week trying to look at roles that make sense,” Dickens said. “She has a good skill set in a certain area and I’m trying to see if I can make it work. It’s an interest of both of ours.”

So in less than a month in office, Dickens has worked tirelessly to build bridges to people who may have felt ignored or estranged during previous administrations. That bodes well for the City of Atlanta being able to remain a united city with the Buckhead community.

As Westmoreland said: “I’m incredibly confident in his leadership as we defeat this secession threat, tackle the challenges we face and their root causes, and reset the relationship with our partners at Atlanta Public Schools, Fulton and DeKalb counties and under the Gold Dome.”

Note to readers: During the media roundtable on Jan. 18, Mayor Dickens told the dozen or so journalists in the room that he wanted to meet with us on a regular basis.

“I understand the nature of your world. I understand what it is you’re here to do, and I tend to operate in transparency and want to make sure that I continue in that path,” Dickens said.

But he also asked local journalists to report when the city does something good and not just report bad news. This column is being written with that spirit in mind.
At the media briefing, I thanked Dickens for his willingness to have a good relationship with the press and his pledge to be open and transparent, saying we haven’t enjoyed that kind of interaction over the past several years. I also reminded him that we’re not always going to make him happy, but that’s not our job. What’s most important is having an open line of communication.

So, readers, I must admit, I’m encouraged by the tone of the Dickens’ administration. I hope this spirit will continue for the next four years. 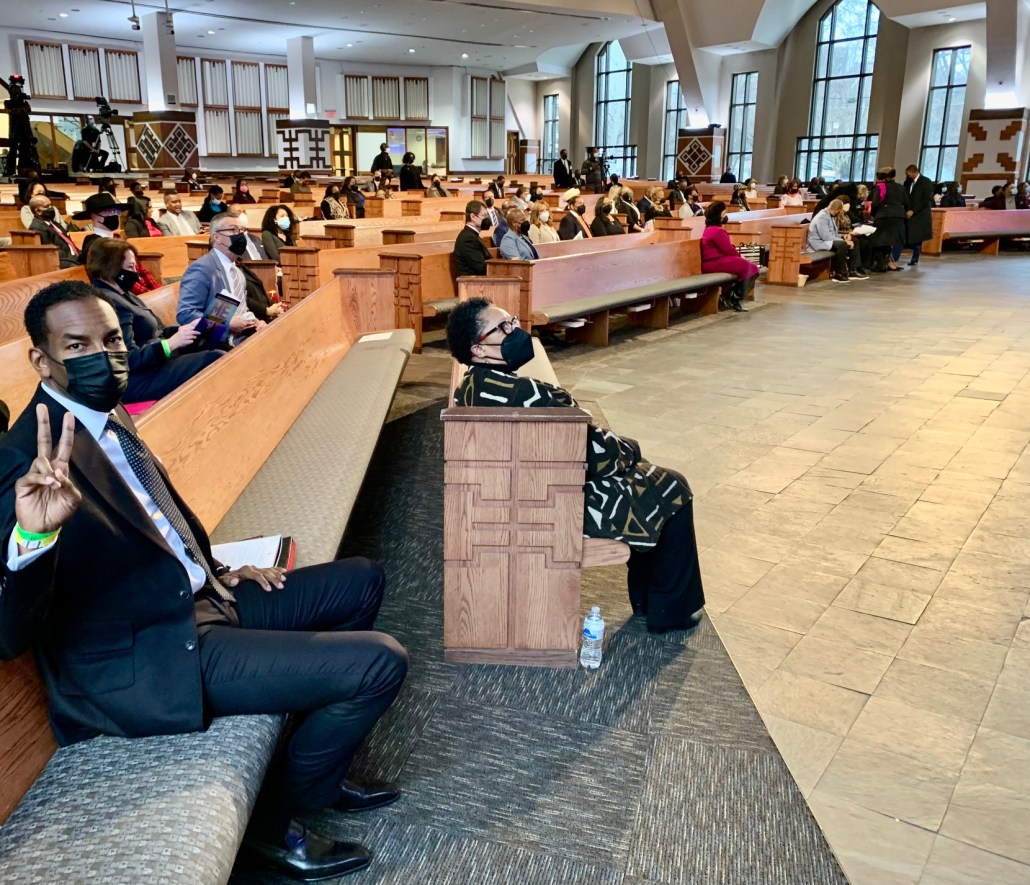