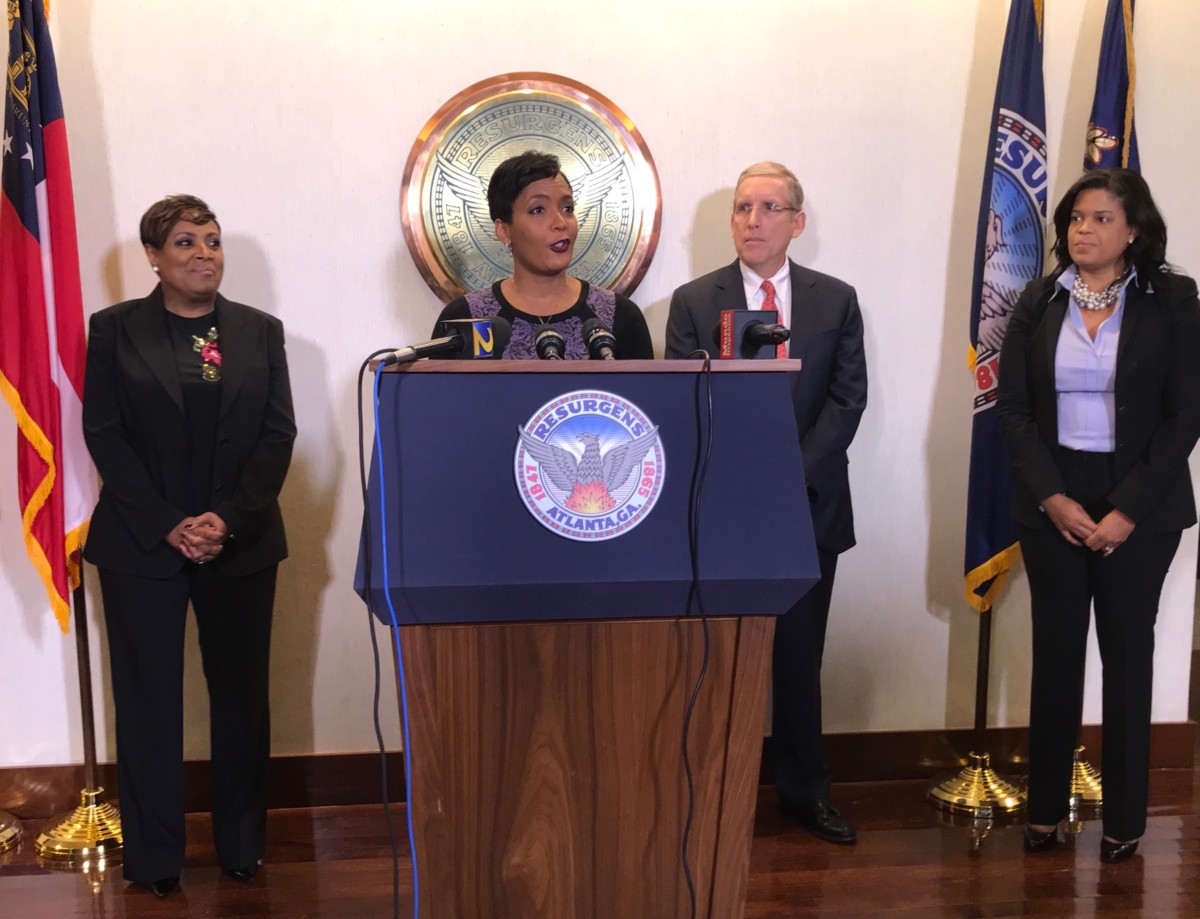 “The 38-strong transition team represents a tremendous amount of diversity and depth,” said Bottoms, who was flanked by her two transition co-chairs – Vicki Palmer, a retired executive from CCE; and Larry Gellerstedt III, CEO of Cousins Properties.

Bottoms said the team will be divided into subgroups – working on searches for key members of her cabinet. The transition team also will work on several initiatives that Bottoms has already identified, such as affordable housing, education and public safety. 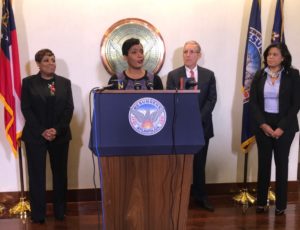 “It’s very exciting that we will be able to put some meat to these initiative,” Bottoms said. Other people likely will be invited to work with the sub-committees on targeted efforts or searches.

“I really want them to come up with fresh ideas and recommendations for best practices,” the Mayor said. “We are seeking to make sure we attract the best talent in this city.”

Bottoms then made her first major announcement to her team – Marva Lewis – who had worked on her campaign and who now will be her chief of staff. Lewis, who also worked as head of human resources for Cousins Properties, will replace Candace Byrd, who has been closely aligned with former Atlanta Mayor Kasim Reed.

Other immediate efforts for the City will include the search for a new director of human resources and a new fire chief.

Bottoms also said another priority will be to find a permanent head of the City’s Procurement Office.

“We know that procurement is top of mind,” Bottoms said. “We will have to deal with our procurement issues in the City of Atlanta. There are so many people who don’t have confidence in the way we are operating right now.”

Bottoms also mentioned that the City will likely launch a search for a new general manager of Hartsfield-Jackson International Airport, but she did not exclude the possibility that Roosevelt Council would stay in that position.

“I’m taking a fresh look at every department,” she said. But she add that she has promised each department head that they won’t learn their fate from the news, and that she already has had meetings with existing cabinet members. “Those conversations have gone well.”

Now that the transition team has been named, the hard work can now begin.

“We have pull together this group of 38 pretty great, phenomenal people,” Palmer said. “I’m very proud to say we made 38 calls and we got 38 yesses.”

Gellerstedt said they had spent the last few weeks better getting to know Bottoms and her team.

“As Mayor Bottoms said, we are open for business, and we are looking for ways to make the City better,” Gellerstedt said.

When asked about her top priority, Bottoms said “the biggest challenge we are facing is our affordability issue.” She said she was looking forward to having a “conversation about equity and affordability.”

Bottoms also gave Palmer and Gellerstedt a heads up that “this is likely not a short-term proposition. I don’t want to scare them off.”