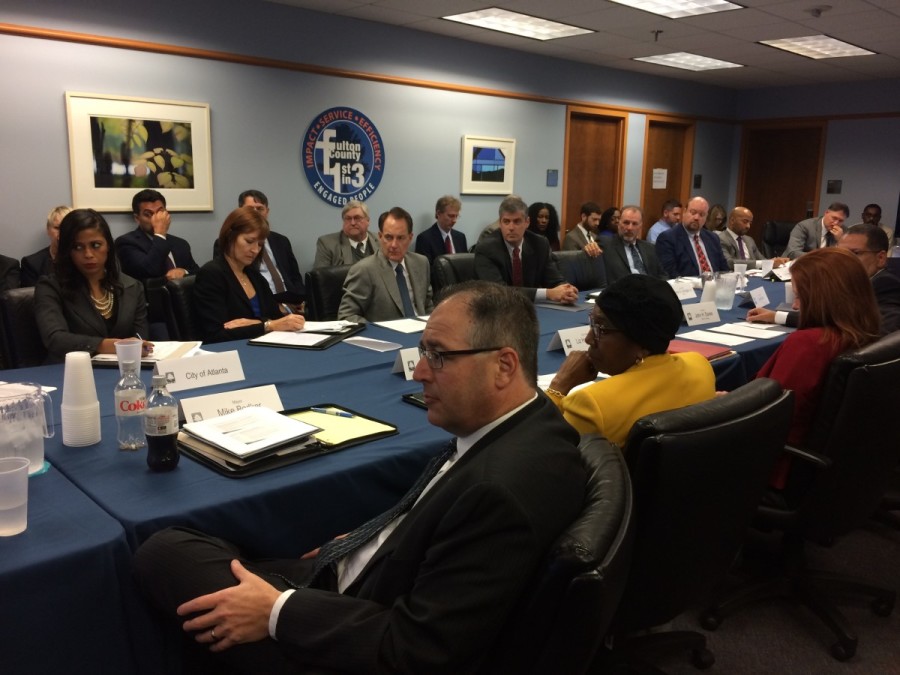 Up until now, Atlanta Mayor Kasim Reed has been absent from the debate among Fulton County’s mayors on whether they should seek a full-penny, five-year transportation sales tax.

If the county were to go for a full penny, it basically would preclude MARTA from being able to seek an additional half-penny sales tax in Fulton and DeKalb counties so it can expand its transit system.

The state legislature has capped Fulton County’s sales tax rate to 8 cents – a penny more than the current sales tax.

At a meeting on Monday of the Fulton County Commission, most of the county’s mayors and MARTA officials, opinions were all over the map.

Roswell Mayor Jere Wood argued for the county and its cities to on a half-penny for transportation, thereby giving MARTA the opportunity to go after a half-penny. 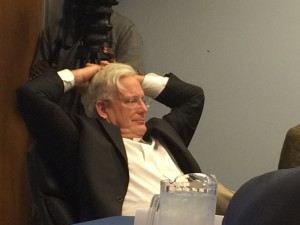 Fulton Commission Chairman John Eaves seemed to favor the county going for three-quarters of a penny allowing MARTA to ask for a quarter-penny.

Other mayors – notably Mike Bodker of John’s Creek – favored a full penny for the county and having MARTA wait for another day. The cities would have to be unanimous in going for a full penny.

At one point, Bodker said: “It’s difficult to have a discussion when you don’t have a 50 percent member.”

Bodker was referring to the absence of Atlanta’s Mayor Reed, who represents nearly 50 percent of the county’s population.

On Wednesday morning after his quarterly meeting with the Atlanta Committee for Progress, Mayor Reed said he stayed away from the Fulton County meeting on purpose.

“I stayed away from the conversation intentionally,” he said, adding that his staff had kept him informed about what was being discussed at the meetings. “I thought it would be more productive if I stayed away.”

But then Reed finally disclosed his opinion, which is expected to hold a great deal of sway given that he represents the largest city in the county. 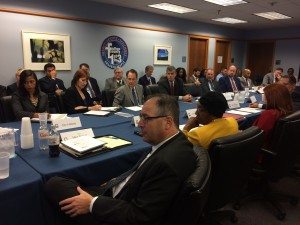 MARTA Chairman Robbie Ashe has said that the transit agency would seek a half-penny that would be in place for 40 years – giving it the ability to issue long-term bonds to expand the bus and rail system.

During the Fulton County meeting, Ashe said the additional half-penny tax would allow MARTA to extend its rail line to Alpharetta, to build a light rail system along the Clifton Corridor and to expand mass transit along I-20 to serve South DeKalb.

Ashe said they likely would have additional dollars to invest in a couple of other expansion projects, but he added that the transit agency hasn’t identified what they would be.

Currently, MARTA’s primary source of revenue is a penny sales tax that has been charged in Fulton and DeKalb counties since 1971 and Clayton County since earlier this year.

During the meeting, mayors from South Fulton said they were supportive of additional investment in MARTA as long as their part of the county would benefit from the expansion plans.

While no promises were made, MARTA CEO Keith Parker and Ashe said they would review possible expansion projects. 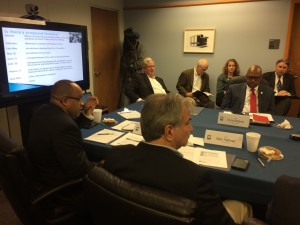 Although MARTA officials told Eaves they were willing to explore what a quarter-penny tax would fund, it was clear the transit agency favored going for a half-penny.

“My understanding is that there’s a large demand for transit,” Ashe said, “and a half-penny funds more than quarter-penny.”

Colleen Kiernan, director of the Sierra Club’s Georgia Chapter, made sure her feelings were known.

“Anything less than a half-cent for MARTA is a non-starter for us,” she said.

Mayor Reed, who has made transit serving the Atlanta BeltLine a priority, said that was one reason he favored the MARTA half-cent option.

“I think funding for the BeltLine would have the better opportunity in the MARTA plan,” Reed said because the sales tax would have a longer time horizon. “That would probably be a better fit under a 40-year scenario.”

Now that he’s made his decision, Reed said he would be taking a more visible role in the discussion.

As Reed said Wednesday morning: “I plan to actually engage and start doing work on this issue.”