Atlanta Mayor Kasim Reed: We are going to find a way to preserve Gaines Hall 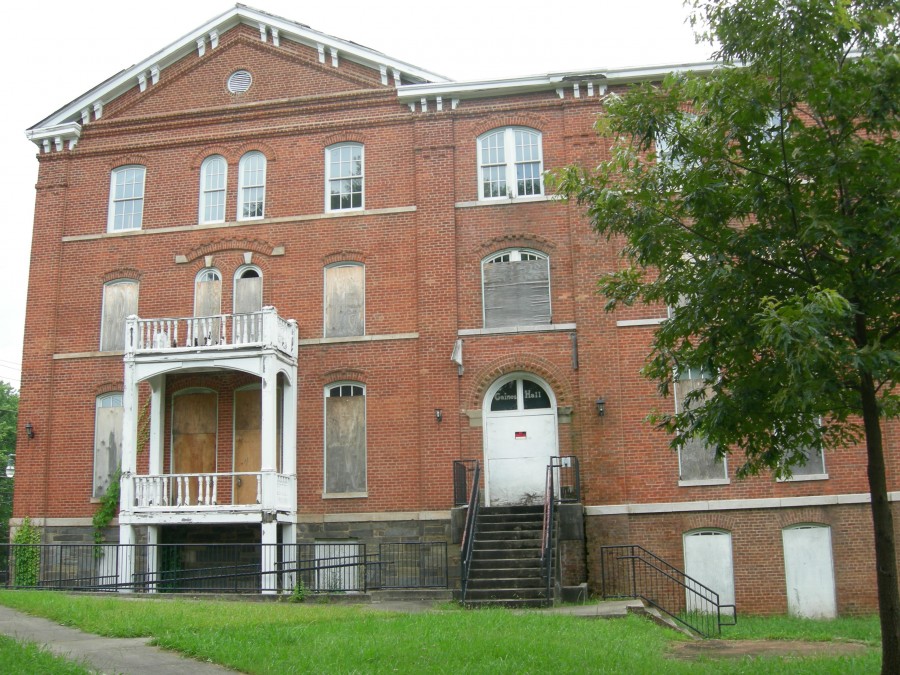 Atlanta Mayor Kasim Reed pledged to do all he could to preserve the historic Gaines Hall on the Morris Brown campus.

Gaines Hall, which was built in 1869 and was one of the original buildings in the Atlanta University campus, caught on fire last Thursday evening. Gaines Hall currently is owned by Invest Atlanta, the city’s economic development agency which acquired the building earlier this year as part of the Morris Brown College property sale.

The Atlanta Fire Department on Friday said the building should be torn down because it posed a safety threat.

Preservationists immediately responded by saying Gaines Hall was too significant to be torn down.

When asked about Gaines Hall at a press briefing Monday morning, Mayor Reed said: “I would like to see it preserved.” He added that he had not yet been able to “have a conversation about” Gaines Hall with his cabinet and key staff members.

But Reed said it was important for the city to preserve the building because of the number of leading historical figures who “did scholarship” in the building.

“We are going to find a way to preserve it,” the mayor stated unequivicably.

“That is all anyone could ask of the Mayor,” Sheffield wrote in an email Monday afternoon. “My experience with Mayor  Reed is that if he says he is going to find a way to make something happen – he does.”

Mark McDonald also was delighted by the mayor’s response.

“The Georgia Trust is encouraged by Mayor Reed’s intention to save Gaines Hall,” McDonald wrote in an email. “We pledge our technical assistance and help with advocacy for this heroic effort.”

Hale serves on the board of the National Trust for Historic Preservation, and he said that preservationists stand ready to help provide their expertise and to work on ways to save the building.

The former domitory has been vacant for years, But with all the investment being centered on the Westside of Atlanta, it may be an opportunity to find an appropriate longterm use for the building. Gaines Hall is just a few blocks west of the new Mercedes Benz Stadium, the future home of the Atlanta Falcons and Atlanta United Football Club.

John Wilson, president of Morehouse College and the longest serving president of the four historically-black colleges that make up the Atlanta University Center, also agreed that the building needed to be saved.

“I agree with the sentiment it should be preserved,” Wilson said after being told of the mayor’s comments. “I think the question is: preserved as what and to what end? What is most important is reactivating it as a force for good for the people in and beyond the Westside.”

Invest Atlanta, which is the official owner of Gaines Hall, is assessing the damage and the options for the building.

“We are early in the process and have yet to do a full analysis of the damage,” said Susan Chana, a spokeswoman for Invest Atlanta. “As part of this, in coordination with the City of Atlanta and other local stakeholders, we will be exploring all options. It is our hope that even with what appears to be extensive damage, the building can still be preserved.”