The Atlanta City Council voted Monday to pay $125,000 to settle a federal lawsuit filed by a former firefighter who challenged disciplinary actions by then Fire and Rescue Chief Kelvin Cochran, who later was fired for issues involving a book that cited his religious views on gays and lesbians. 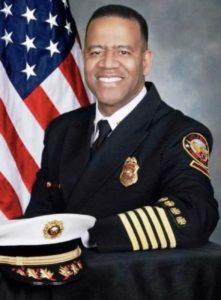 The lawsuit settled Monday does not raise LGBTQ issues. The disciplinary actions did occur during the time Cochran was dealing with repercussions from then Mayor Kasim Reed over a book Cochran had written and distributed within the fire department, “Who Told You That You Were Naked.” The book contends sex among gays, lesbians and unmarried individuals is wicked and ungodly.

The issue involves Cochran allegedly telling the plaintiff that he “was mentally impaired and needed psychotherapy,” according to a judge’s order filed in U.S. District Court in Atlanta.

That alleged comment led former firefighter Earl Henson to file an employment action against the city on Aug. 10, 2017 alleging violations of the Americans With Disabilities Act. U.S. District Judge J.P. Boulee ruled Nov. 20, 2020 that Henson was eligible to recover income that was lost as a result of Cochran’s actions.

The affair began with an altercation between Henson and another employee. Henson was ranked a provisional lieutenant at the time and instructed to attend employee assistance programs. Henson stopped attending a program for which he had to pay a fee. The decision to drop out of the self-paid program led to his demotion, cut in salary, lost or delayed promotional opportunities and the resulting loss of income, according to the situation described in Henson’s original complaint.

Henson also contended that cheating existed on the exam for promotion to the rank of lieutenant.

The lawsuit does not elaborate on the whistleblower nature of Henson’s allegation and it does not appear to be referenced in future court filings. However, the allegation fueled the city’s position against Henson, he contends in his complaint: 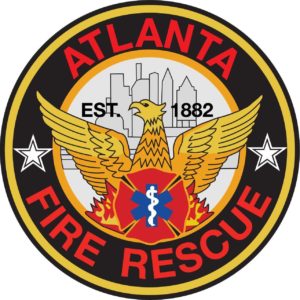 Henson filed a complaint with the federal Equal Employment Opportunity Commission in November 2014 and subsequently was restored to the rank of lieutenant. Henson contends he did not receive back pay for the five-month period in 2014 that he had been demoted. Three years later, Henson filed a lawsuit in federal court.

Meanwhile, in 2014, Cochran was dealing with fallout over passages in his book. Reed determined Cochran had violated a city provision regarding prior notice and/or approval of such a work. Reed ordered Cochran suspended without pay for a month and required that he attend sensitivity training, according to Reed’s tweet at the time. The former mayor also expressed his regrets at Cochran’s writings:

Cochran was ordered not to discuss the discipline. Instead, Cochran went public with claims that his religious liberties were abridged, and he was fired for breaching the agreement.

U.S District Judge Leigh Martin May ruled the city had authority to fire Cochran because he was an “at will” employee of the city. She also determined the city’s pre-clearance rules on outside employment, such as a book, were vague. The Atlanta City Council voted to pay $1.2 million to settle the case.