Atlanta has agreed to pay $300,000 to settle a lawsuit alleging sexual harassment and toxic workplace filed in 2018 by a female employee whose complaints about a male colleague were found credible by a federal judge in Atlanta. 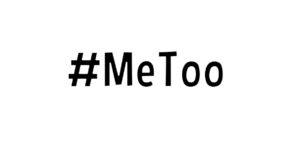 Atlanta’s settlement of a federal lawsuit that alleged workplace sexual harassment at Atlanta City Hall provides guidance on behavior that’s not tolerated at this moment of the #metoo movement. Credit: Ron Mader via wikimedia.org

The magistrate judge wrote that a jury could find credence in Shelia Williams’ contention that Derrick Gilbert had engaged in unacceptable and unwanted activities over a 20-month period, from 2015 to 2017, when she was fired.

Gilbert’s activities included pressing his crotch into Williams, touching her hair and massaging her shoulders, suggesting that she liked rough sex, and saying he would impregnate her if she spoke in a way that offended him, according to the judge’s compilation of events presented by Williams’ complaint and the city’s response.

Graphic comments Gilbert directed at Williams are related in the judge’s report.

The case began at the outset of Mayor Keisha Lance Bottoms’ administration, in 2018, and is to be resolved during her final months in office.

The lawsuit and settlement highlight the current posture of the #MeToo movement in the Atlanta region. Williams had tolerated Gilbert’s behavior for some amount of time, for reasons that don’t appear to be addressed in the lawsuit she filed against the city and Gilbert, in his individual capacity. After she filed her grievances, her employment was terminated for reasons including failure to meet performance standards. Previously, Williams had received positive employee reviews, according to the case file. Williams was fired in October 2017 and filed her lawsuit Jan. 16, 2018. A judge in February determined a jury would believe her version of events.

All the activities leading up to the lawsuit occurred when she worked in the city’s Finance Department at a time it was led by CFO James Beard, during his service in then Mayor Kasim Reed’s administration.

Beard had specifically authorized Williams’ termination, on grounds including failure to meet performance standards, according to the city’s response:

This section of the city’s response concludes:

Beard, meanwhile, faces what the U.S. District Attorney describes in a Sept. 16, 2020 statement as an “eight-count federal indictment with wire fraud, theft from the government, possession of machine guns, making a false statement, and obstructing federal tax laws.”

The Bottoms administration fought the case for three years. The city’s position appears to have changed following the Feb. 4 recommendation by U.S. Magistrate Judge Clay Fuller. Fuller dismissed a number of Williams’ contentions. But on the main point, Gilbert’s behavior, the judge said a jury could reasonably conclude that Gilbert had committed the offensive acts.

The Atlanta City Council on Monday approved legislation that contains this reason the city decided to settle the case:

When ‘stay at home’ orders put children, women in easy reach of their abuser