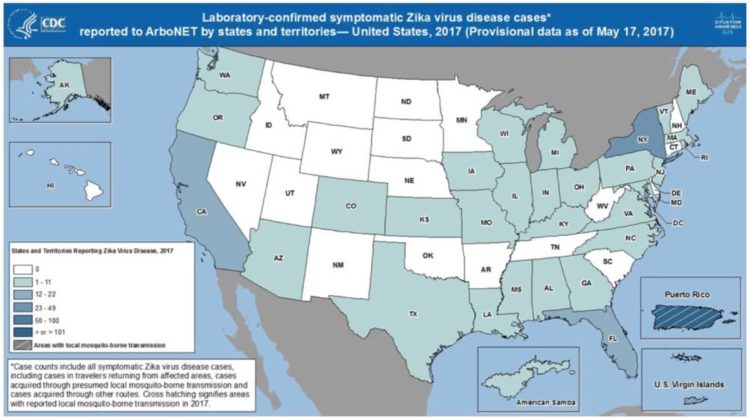 Zika cases are already being reported across the country, including one case in Georgia, according to the Centers for Disease Control and Prevention. Credit: cdc.gov

Atlanta Mayor Kasim Reed announced Friday that Atlanta will mount a $400,000 effort to curb mosquito-borne illnesses, including Zika. The money is coming from the $800,000 allocation Georgia received from the federal Zika funding bill approved by Congress last year. 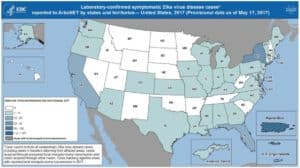 Zika cases are already being reported across the country, including one case in Georgia, according to the Centers for Disease Control and Prevention. Credit: cdc.gov

Georgia has recorded one Zika case this year, as of May 17, according to provisional data reported by the Centers for Disease Control and Prevention. Reports from adjoining states show: Alabama, three cases; Florida, 13 cases; South Carolina, zero cases; Tennessee, zero cases.

Atlanta’s mosquito-control program is being managed by the Mayor’s Office of Emergency Preparedness, headed by Ria Aiken.

Atlanta’s plan is similar to a program the CDC identified as a best-practices approach to mosquito control. The program rolled out in New Orleans in March 2016, before there was even the suspicion of a Zika case in the city.

As in New Orleans, Atlanta’s plan is to include four major components: mosquito surveillance; mosquito site inspections; larvicide treatment as needed; and community outreach. The approach in New Orleans also included politicians, which Atlanta covered by placing the program in the mayor’s office.

“Mosquito-borne illnesses such as Zika and West Nile Virus pose serious health risks for the public,” Reed said in a statement. “We only have one chance at prevention, and we must get it right. That’s why we’re moving forward with a new investment of $400,000 in mosquito control and prevention, and taking the steps now to prevent serious public health problems in the coming years.” 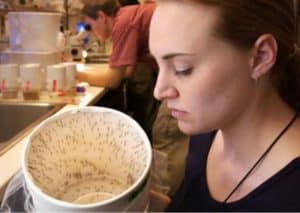 The Office of Emergency Preparedness has identified priority locations where senior and youth programs are hosted. Officials intend to implement mosquito surveillance programs at those sites, according to the statement.

“With hurricane season beginning on June 1, and coming after an unusually warm and wet winter season, the City of Atlanta wants to ensure that we implement preparedness and prevention measures for mitigating mosquito habitats,” Aiken said in the statement.

The statement noted that Atlanta city councilmembers C.T. Martin and Keisha Lance Bottoms will lead the effort to allocate the $400,000 in the city’s pending budget for the fiscal year that begins July 1. The mayor’s office has already submitted its proposed FY 2018 budget to the council.

The statement issue by the mayor’s office observed in its first paragraph that Atlanta’s $400,000 program, “exceeds the annual budget for mosquito control and prevention for Fulton County.” 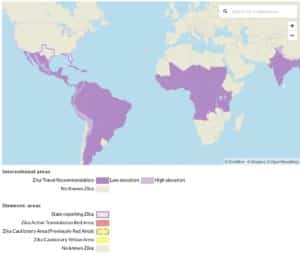 The Centers for Disease Control and Prevention has issued travel warnings for multiple countries, including popular tourist destinations in Central and South America. Credit: cdc.gov

The CDC provides some stunning information in its May 9 report, Outcomes of Pregnancies with Laboratory Evidence of Possible Zika Virus Infection in the United States.

Two highlights of the report include:

Innovation, economy will grow with greater ‘Eds and Meds’ collaboration

‘Christian dogs’ and anti-vaxers have a bill they can love