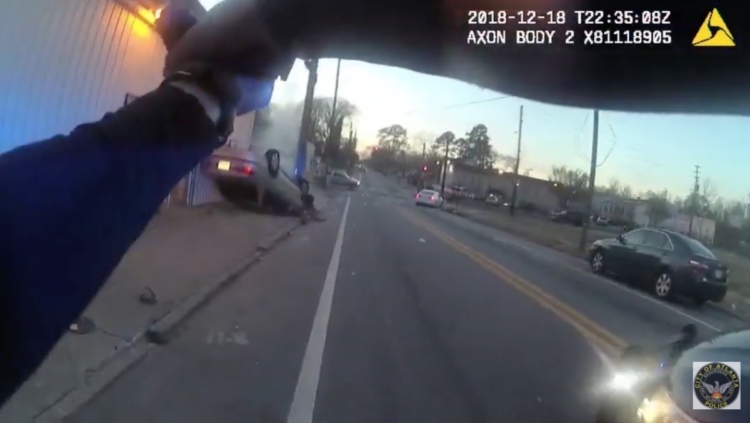 Atlanta police responded to reports of a stolen vehicle that had overturned near the intersection of Dill Avenue at Sylvan Road at 5:30 p.m. on Dec. 18, 2018. Credit: APD

Atlanta Police Chief Erika Shields says she knows officers aren’t using their department-issued body cameras properly. That’s why she called for a city audit of camera usage and is implementing what she called a “straight forward” set of policies about how cameras are to be used and videos to be stored – to be followed by stiff penalties for rule-breakers. 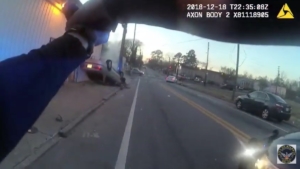 Atlanta police responded to reports of a stolen vehicle that had overturned in Southwest Atlanta near the intersection of Dill Avenue at Sylvan Road at 5:30 p.m. on Dec. 18, 2018. Credit: APD

“Discipline is huge – and immediately discipline someone, hit them in the pocket, get them to sit up straight,” the chief said at the Dec. 11, 2018 meeting of the Atlanta City Council’s Public Safety and Legal Administration Committee.

Atlanta is among the growing number of big police departments requiring officers to wear body cameras. A law enforcement survey in 2015 showed 95 percent of big departments indicated they used or intended to use body cameras.

Among the cameras’ attributes was the notion that their presence may increase the accountability of officers for their behavior when interacting with the public. These expectations were cast into doubt by a study conducted in Washington, which determined that body worn cameras, “had no statistically significant effects on any of the measured outcomes.”

Nonetheless, Atlanta police officers are likely to wear cameras for the foreseeable future.

The city council approved a $5.6 million contract in September 2016 for body cameras. The city acquired 1,015 Axon body cameras and five years of data storage and management, according to a statement from Axon, a subsidiary of TASER International.

After the officers were equipped with cameras, the issue turned to their use.

Shields said she is not surprised by the lackluster results of a performance audit she requested from Atlanta’s city auditor. It was released in December 2018. 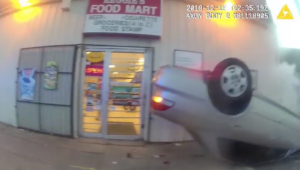 The vehicle had overturned after striking another vehicle and came to rest in front of Reggie’s, a convenience store in Southwest Atlanta. Credit: APD

“I knew what we were asking of people was a stark culture change,” Shields said. “Having everything recorded wasn’t going to feel natural.”

Stats from the performance audit confirmed Shields’ suspicions and include the following results:

Shields likened the officers’ adoption of body cameras to bulletproof vests when vests were brought into the department. 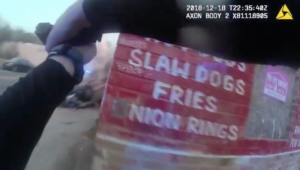 Atlanta police conducted a manhunt for the driver and any occupants of the overturned vehicle. The lone driver, a 30-year-old man, was arrested as he hid in exterior oven of a nearby business and faces charges including theft by receiving stolen auto, possession of a firearm by a convicted felon, drug charges and multiple traffic offenses. Credit: APD

“When we went to bulletproof vests, issued at the academy, folks already in the field refused to wear them,” Shields said. “It was a culture change. Supervisors said they’d wear them at roll call, and then they’d take it them off.”

Shields took the chief’s position in December 2016 – a month after Atlanta rolled out the use of body cameras in Southwest Atlanta’s Zone 5. Since then, body cameras have been deployed in each of the city’s six zones, plus the airport.

Shields said city auditors rode with police officers to get candid feedback from officers in the field. Her objective was to get an honest picture of the cameras’ use before something bad happens.

“The audit was in line with expectations,” Shields said.

“I’d rather that we did poorly in a document, and handle the criticism from the media and counsel – that was manageable,” Shields said. “My greatest fear is that we have a significant incident and the employee is not wearing a camera.”