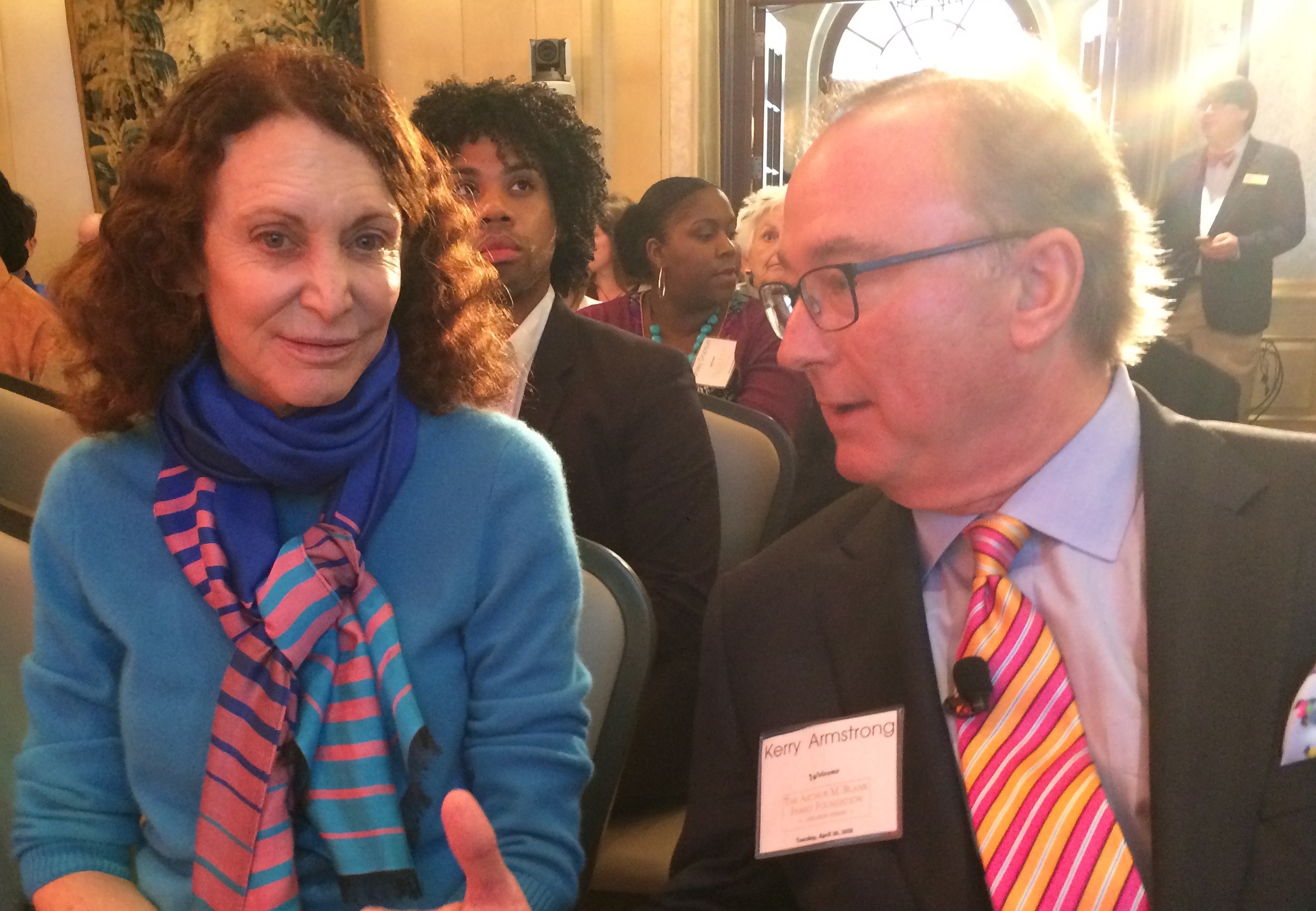 On last year’s LINK trip, Atlanta leaders were mesmerized by Jane Golden’s story how she was able to spark social change through public art in the City of Philadelphia.

They were so captivated by Golden and Philadelphia’s Public Murals program that they raised $75,000 on the spot to try to replicate a similar program in Atlanta. Penelope McPhee, president of the Arthur M. Blank Foundation, also pledged to bring Golden to Atlanta so she could deliver the message to other people at home.

It all came together Tuesday night.

The setting was the Blank Family Office to hear Golden speak about “The Power of the Public Murals: It Ain’t About the Paint.” 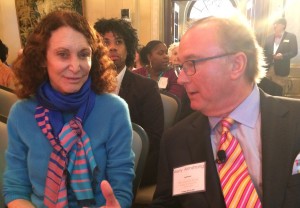 “The seeds of that program were planted on the LINK trip in 2014,” Armstrong said. “It’s a competitive, matching grant program to assist local communities in developing and installing public art across the region.”

ARC will hold workshops for interested participants, which can include local governments, community improvement districts, neighborhood associations and nonprofit organizations from all over the region. Applications will be due Aug. 1, and people can find out more information by going to publicart.atlantaregional.com.

The theme for the first round will be to interpret the following sentence: “There is ample opportunity to participate in making history in our region,” Armstrong said.

“We will be able to witness the power of art in the healing of communities,” he said. “We are especially excited about expanding public art throughout the region.” 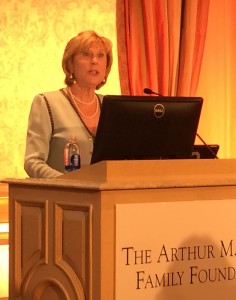 McPhee said that Golden arrived early Tuesday so that she could be taken around key spots in the region to see what already was underway in metro Atlanta.

But it quickly became obvious that the Atlanta region had a lot of catching up to do before it could come close to what Philadelphia has been able to over the past 30 years.

Golden gave credit to former Mayor Wilson Goode, who wanted to get rid of graffiti, but do it in a constructive way. He set aside $6 million so that Golden could employ kids that had been vandalizing buildings with graffiti and turn them into artists.

A key element of the program was “valuing the opinion of people who were there.”

Under Mayor Ed Rendell, Golden was able to evolve the Anti-graffiti program into a Mural Arts program.

“Murals show the catalytic role that art can play in changing a city,” Golden said. “Every community is heard. Be highly strategic with what we do. How do we move the needle. It’s about impacting individuals and communities.” 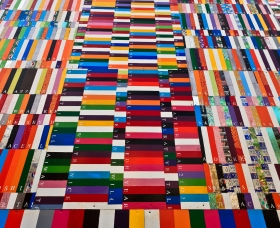 Golden then reeled off initiative after initiative that has sprouted out of the Philadelphia Mural Arts program. It has been used for arts education, restorative justice, behavioral health programs serving young people, youth and adult offenders at area prisons and detention centers, and individuals suffering from trauma, mental illness and addiction.

The murals also gave forgotten communities an opportunity to build consensus and be proud of something. They also contributed to improvements to the spaces around them – turning trash-filled lots into pocket parks.

In all, there have been 3,800 murals installed all over Philadelphia – in every community – often in collaboration with numerous other organizations.

People attending the Blank lecture Tuesday evening asked Golden whether the Philadelphia experience could be replicated. 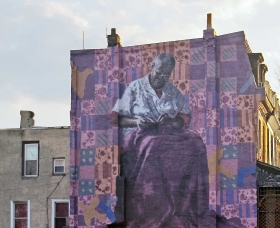 “We want to create a mural arts university – a consulting practice,” said Golden, adding that she has already built relationships with about 200 cities across the United States. “We think we have things we can teach.”

Jim Rhoden, who kicked off the effort on the LINK trip to raise money for a metro Atlanta initiative, asked about sustaining and maintaining the murals.

That was one of the lessons Golden shared. They set aside about $145,000 a year just to refurbish the murals.

In giving advice to Atlanta, Golden offered the following advice:

“Begin in a way that’s really smart – a collaboration with the city, the funders, communities, artists,” Golden said. “Think about what would you like to see in three years and work backwards. Create a cluster of work. Be clear of the strategy of what it will take to put Atlanta on the map even more. Use it as change agents in communities.”

She also advised that involving the community was key.

“You want a great process and great art,” Golden said. “It’s very hard, and there are no shortcuts.”

Then she added that she would be available to help. “I like Atlanta,” Golden said. 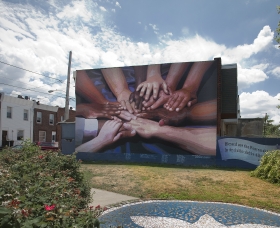