Atlanta can expect to save about $42 million in the overall interest payments on money borrowed to upgrade the water and sewer system, based on a bond refinancing the Atlanta City Council approved by unanimous vote Wednesday.

This is good news for about 1.8 million residents of metro Atlanta who are served by the city’s water and sewer system. The city can pass along savings to ratepayers by keeping rates stable or not raising them as much as otherwise would be required.

It’s also a buffer in the event voters don’t extend the 1 percent sewer tax, which expires in 2020.

The council convened a special-call meeting to vote on the proposed refinancing of bonds sold in 2009. The timing of the transaction is so urgent the council also voted to send the paper immediately to Mayor Kasim Reed. This action will allow the bond sale to close as soon as possible.

John Gafney, Atlanta’s deputy chief financial officer, told the council that investor demand for the paper was so high the city was able to get a better deal than initially expected.

“Once we opened the orders, across the board, from short-term to long-term, we were oversubscribed by 2.8 times,” Gafney said. “We had $226 million in offering and $634 million worth of orders. We did make adjustments in mid-morning to reduce our interest costs even more.”

Gafney said he made the presentation because Atlanta CFO James Beard is in Washington to attend a meeting of the Municipal Securities Rulemaking Board, which he serves.

The $42 million that Gafney mentioned represents the savings of about $1.8 million a year over the life of the bonds. The final payment is due in November 2039. The city did not extend the maturity of the bonds.

This is substantially higher than the 6.5 percent savings that analysts with Moody’s Investors Service predicted in their March 23 rating action. 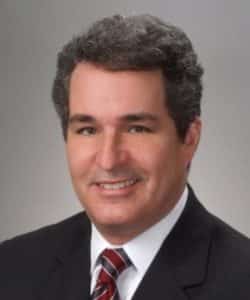 The analysts also upgraded Moody’s rating of the $3 billion in water revenue bonds that remain outstanding. Analysts gave Atlanta a pat on the back for the management of the enormous project to modernize the city’s water and waterwater system. The city did so as part of the consent agreement over a lawsuit filed to compel Atlanta to stop releasing pollution into waterways.

The sales tax refers to the 1 percent municipal option sales tax that Atlanta voters have approved several times to broaden the revenue stream to pay off the bonds sold to finance the upgrade to the water and sewer system.

The lead underwriter of the bond package is Siebert Cisneros Shank & Co., LLC, which got 65 percent of the action. Co-senior managers Barclays and Ramirez & Co. got 15 percent each. Co managers Academy Securities and SunTrust Robinson Humphreys got 5 percent each. Ramirez and Academy are minority-owned firms, according to a fact sheet Gafney distributed.

Moody’s said in its rating action that the Atlanta water and sewer system serves about 1.8 million. The number represents the users in the city and those beyond city limits who buy from the city.