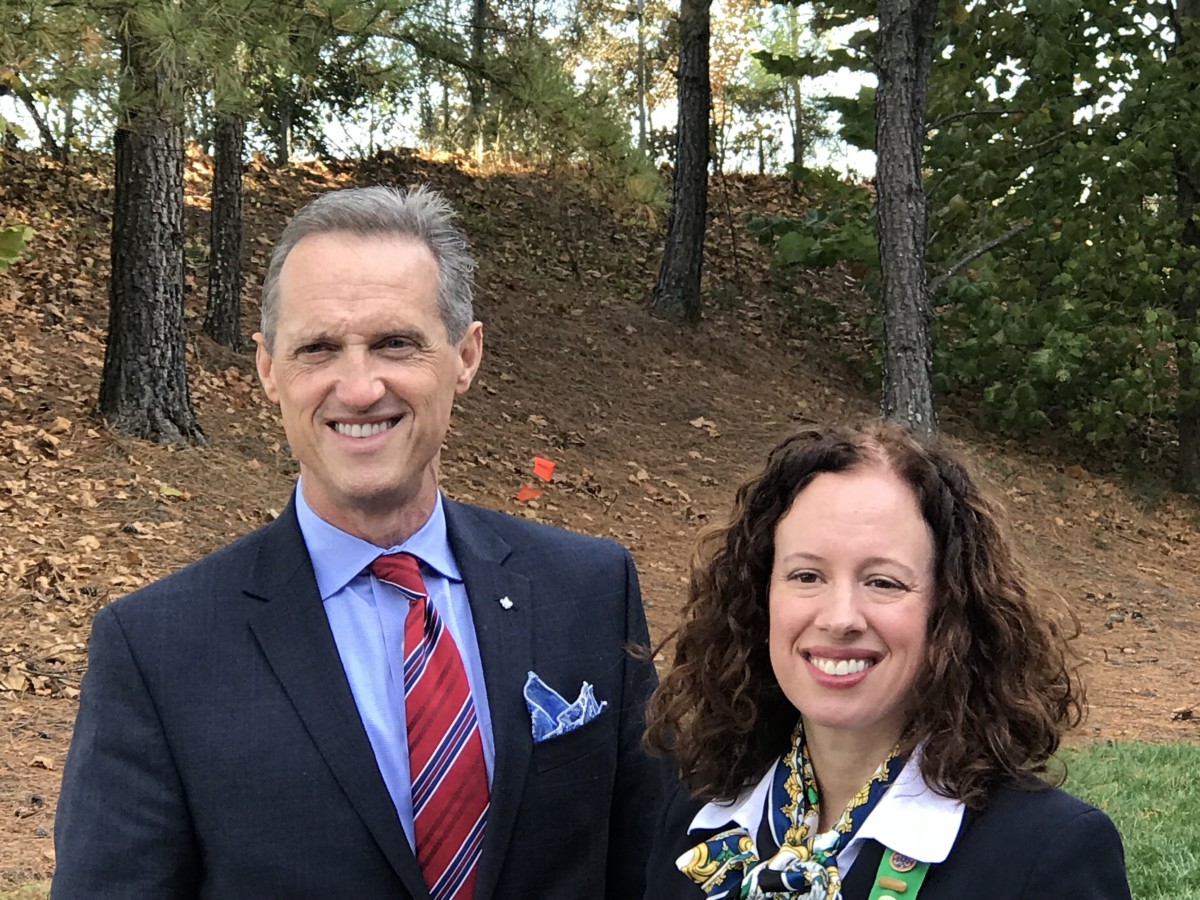 By Maria Saporta
As published in the Atlanta Business Chronicle on Nov. 24, 2017

And the national battle between the two national organizations may possibly strain what has been a strong collaborative relationship between the Atlanta Area Council of the Boy Scouts and the Girl Scouts of Greater Atlanta Council.

The executives of both organizations sat down for a joint interview (as well as separate interviews) to talk about the impact such a move could have on the organizations, their relationship, the families and the children.

Tracy Techau, CEO of the Atlanta Council of the Boy Scouts, has worked in the scouting world for 33 years — moving to Atlanta in 2009. Both of his daughters were Girl Scouts. 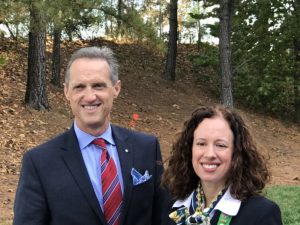 Amy Dosik, CEO of the Girl Scouts of Greater Atlanta Council, has been in her role since January 2014. Her five-year-old son is a Cub Scout, and he has said that when he grows up, he wants to head up the Boy Scouts like his mother heads up the Girl Scouts.

“Up until this point, I have viewed Tracy as a collaborator and partner — not as a competitor,” Dosik said. “It is my hope that our relationship can continue.”

The situation is a little dicey because their national organizations are in the middle of a battle. The Girl Scouts wrote a strongly worded letter to the Boy Scouts in August accusing its male counterpart of having a “covert campaign” to accept girls and making “disparaging and untrue remarks” about the Girl Scouts.

The possibility of both national organizations being able to forge an alliance on how to proceed seems highly unlikely, and the national Boy Scouts is planning to release more information in February on how it will admit girls to be part of its program.

“I know there were discussions on the national level that didn’t go well,” Techau said. “Change is never easy.”

He went on to explain that girls have long been a part of the Boy Scouts. “They are just not getting badges,” he said. “What it boils down to is, it’s up to each generation of parents to choose how they want to raise their children. This organization has been adaptive since 1910.”

But Dosik has viewed the situation differently.

“At Girl Scouts, girls always come first,” she said. “That’s central to what we do — and it has been for all 105 years of our history.”

She said the national relationship soured because “the Boy Scouts were not forthcoming with our national leadership. We feel girls are going to get shortchanged by this move.”

Nationally, about 10 percent of youth participate in either the Boy Scouts or the Girl Scouts.

“That means 90 percent of the youth population is not being reached by scouting,” Dosik said. “I would love to see the Boy Scouts focus on the 90 percent of boys who are not in scouting.”

Although the scouting movement has had challenges recruiting members nationally, the local organizations are both doing well. 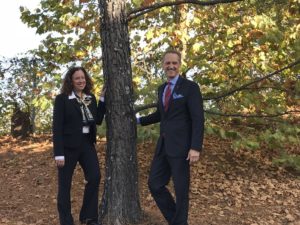 “We are in an area that’s growing in population,” Dosik said. “Scouting is vibrant and healthy for the Boy Scouts and the Girl Scouts in the Atlanta area.”

“Atlanta has and needs two strong scouting organizations,” he said. “I’m very supportive of the Girl Scouts. We are very happy to see a strong Girl Scouts program in Atlanta.”

Both local organizations have worked together on projects with the United Way of Greater Atlanta — especially when targeting communities in need.

“Historically, we have had a very collaborative relationship,” Dosik said. “We have served in many of the same schools.”

So far, the tension on the national level has “had very little impact on how we operate locally,” Dosik said, but she has expressed disappointment in the Boy Scouts’ decision.

“It’s well documented in the research that girls experience a confidence gap,” she said. “They learn differently. We are focused on the developmental needs of girls. We know character development happens in a single-gender environment.”

Techau, however, described the move as providing “an additional choice in the marketplace,” and that he looks “forward to continuing to collaborate in metro Atlanta in communities in need.”

But he acknowledged the move does present challenges for the organizations.

“The last thing we would want to do would be to have any energy going to conflict,” he said. “It’s awkward. You are looking at two successful CEOs. I think we are very similar in the commitment we have for children.”

And on that point, they agreed — scouting is needed in today’s society.

“So many kids don’t have a positive adult role model,” Dosik said. “Scouting provides that opportunity. I hope this will get more families interested in scouting.”

By the numbers: Boy Scouts and Girl Scouts in metro Atlanta