Atlanta seeking to curb use of gas-powered leaf blowers

Leaf blowers as both a polluter and an irritant of urban life are coming under scrutiny in Atlanta and possibly, at Atlanta’s behest, by state environmental officials. Recommendations to manage their use are due in Atlanta by May 31. 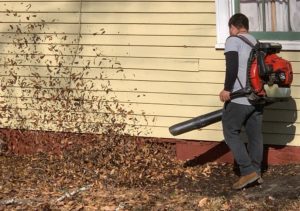 The relentless use of leaf blowers spreads air and noise pollution throughout neighborhoods. File/Credit: Kelly Jordan

Meanwhile, Atlanta resident Peter Bahouth’s guest column in SaportaReport seems to have reached at least one reader who was moved to action. A rake manufacturer sent him an unsolicited box of a dozen rakes after his piece criticized leaf blowers as noisy, noxious tools that deprive nature of a habitat “for everything from fireflies to Luna moths,” as Bahouth wrote Wednesday.

In addition, as of Jan. 1 one city in California has banned the use of gas-powered leaf blowers on residential lots. Battery-powered blowers remain legal at limited hours. A Monterey city official said in a statement the new code “satisfies both sides of the leaf-blower nuisance discussion.”

In Athens, the consolidated city/county government is reviewing leaf blowers in light of potential conflicts with the noise ordinance. The government’s Legislative Review Committee was slated to discuss the matter Feb. 4. Minutes of the meeting do not seem to be available on the government’s website.

Even before the pandemic, the noise and pollution created by gas-powered leaf blowers began emerging as an irritant in residential communities. Back in 2008 and later, the critics were folks dislocated from corporate jobs trying to recover in home offices. Since the pandemic of 2020, complaints have risen as more folks work from home and smell the emissions and listen to a seemingly endless symphony of their neighbor’s gas-powered tools. 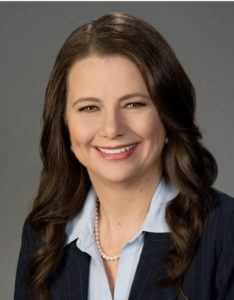 Some of these folks got the attention of Atlanta City Councilmember Jennifer Ide, whose district includes Midtown.

Ide sponsored legislation that begins an attempt to regulate the use of gas-powered leaf blowers in the city. As a municipal government, there’s not much Atlanta can do to reduce the machine’s use – the city doesn’t control air quality issues and noise legislation is extremely difficult to enforce.

Ide decided to see if the state Environmental Protection Division could help. EPD is part of the Georgia Department of Natural Resource, which does have purview over air quality issues.

“This is an issue I hear from constituents,” Ide said at the council’s Feb. 10 Finance Committee, which she chairs and which approved her personal paper.

“In initial discussions with the Law Department, this is an area where we are preempted,” Ide said. “But I wanted to have a discussion with our friends across the street [at the Legislature] and at EPD to see if there’s a possibility of addressing this some other way.”

Bahouth has studied the pollution from leaf blowers and maintains the two-stroke motor that runs them emits so many emissions that the motor should be banned. Bahouth has spent a lifetime around environmental issues. He describes himself today as a climate activist and visual artist. Before that, he served as the executive director of Greenpeace USA, The Turner Family Foundation, and the U.S. Climate Action Network.

“Two-stoke motors burn 60% to 70% of the fuel, and the rest is blown into the air as particulate matter, which is too small to filter before your breathe it into your lungs,” he said. “You’re breathing toxic fumes.”