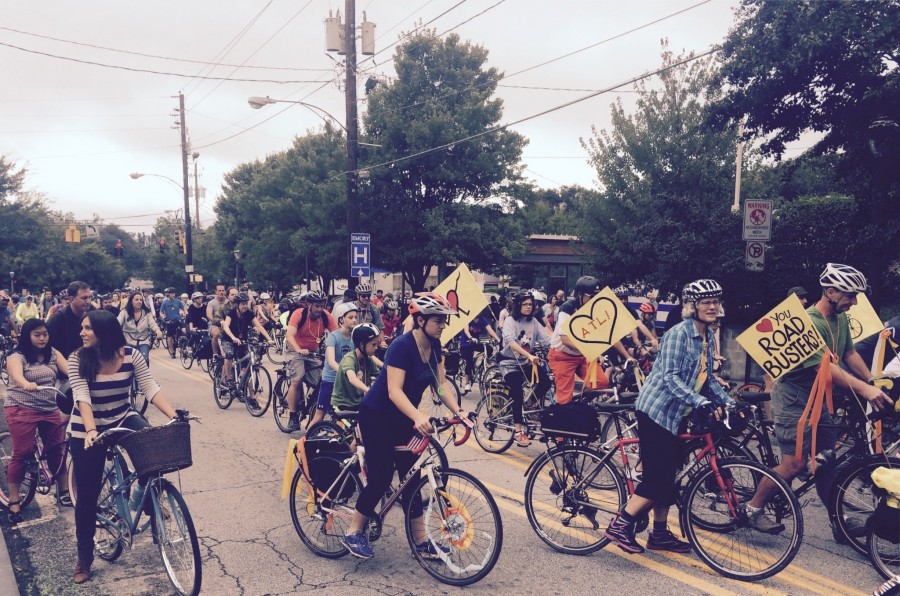 Before the start of the bicycle parade and the official opening of Atlanta Streets Alive on Sunday afternoon, Atlanta City Council President Ceasar Mitchell declared: “We should do this every week in every corner of Atlanta.”

Little did he know, that’s exactly what the godfather of the “open streets” movement said cities should aspire to do.

Gil Penalosa, the former commissioner of parks in Bogota, Colombia, knows how to launch an “open streets” movement. In 1995, the city would close off nine miles of city streets to cars with several thousand participants. 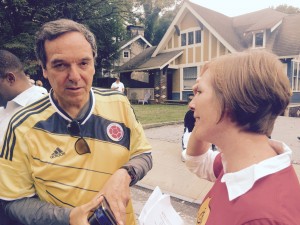 Under his leadership – Ciclovia – expanded to 70 miles being closed every Sunday – attracting 1.3 million Colombians out on the streets on bicycles, on foot, on skateboards or other non-motorized ways to get around.

To this day, it is the most successful “open streets” rituals in the world.

Penalosa was in Atlanta over the weekend to attend the “National Open Streets Summit” – the third meeting of its kind – and to witness our city’s version of the movement – “Atlanta Streets Alive.”

One thing you notice right away at an “open streets” gathering is that almost everyone is smiling. There is something so liberating about pedestrians and cyclists taking over a roadway that’s usually dedicated to cars.

As Penalosa explained: “The forbidden is fun. We’ve always heard – ‘Don’t go in the street.’ Now you can be in the streets.” 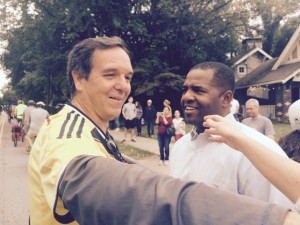 “The name of Atlanta Streets Alive is much better than Ciclovia,” Penalosa told Serna on Sunday. “Ciclovia makes it sound it’s just for bicycles. But its more than about cycling. It’s about walking.”

And it’s about making the streets come alive with people.

As soon as Mitchell talked about Atlanta Streets Alive becoming a weekly activity in every corner of the city, Penalosa went up to him to talk about his experience with Tony Martinez, the mayor of Brownsville, Texas, in 2014. At the time, Martinez had never heard about the concept of temporarily closing roads to cars so that people could fully enjoy a city at street level.

A few months later, Brownsville had launched its first “CycloBia.” And now it has fully embraced the concept as a way of making its city more alluring for residents and visitors alike.

Naomi Doerner, director of advocacy and membership for the Alliance for Biking & Walking, said that in 2005 there “were hardly any open streets events in the country in 2005.” 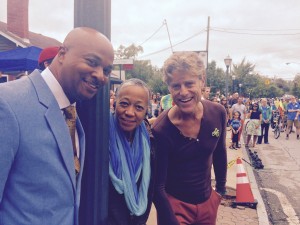 But at the national summit meeting at the Ebenezer Baptist Church Community Center, Charles Brown, a senior research specialists for the Alan M. Voorhees Transportation Center at Rutgers University, said much has changed in the past 10 years.

His group has determined that about 120 cities in the United States have had at least one open streets event, and the movement is showing no signs of slowing down.

From Penalosa’s point of view, the open streets movement has far-reaching benefits.

Open streets equals open minds. Everyone is on even ground when they are walking and cycling on the same streets. So open streets can help weave communities and cities together – helping blur a bold line between rich and poor. 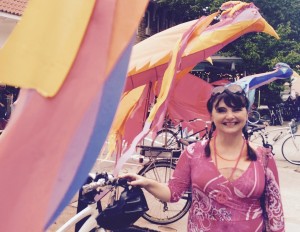 After leaving as Bogota’s parks commissioner, Penalosa started the nonprofit 8 80 Cites. The idea behind the nonprofit? If cities work for 8-year-olds and 80-year-olds, they’ll work everyone. We can use children and our seniors as indicators of whether our cities work.

“We need to stop thinking of cities as thought everyone was 30-years-old and athletic,” he said. “What if everything we did in our cities had to be great for everyone?”

Penalosa also is chairman of World Urban Parks, another nonprofit that encourages cities to create quality green spaces for everyone living in cities and not just for those living in more affluent parts of town.

As he sees it, the “open streets” movement, designing cities for children and seniors and having beautiful green spaces within walking distance of all a city’s neighborhoods are all part of the same continuum.

“It’s about creating places where people meet each other as equals,” Penalosa said. “People want to be with other people. We are social beings. It’s about reconquering the city and creating a sense of belonging.” 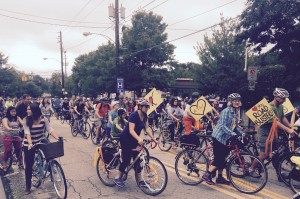 Penalosa also said there’s a perfect storm that is pushing cities to use existing public spaces for people rather than cars. Between the dangers of climate change, the growing need for public health and the increasing (and aging) population in cities, all of those trends are leading to a different mindset.

“We’ve been building streets for thousands of years but it’s only been in the last 80 to 100 years that we have had cars on our streets,” Penalosa said. “Open Streets is not an anti-car movement. That does not mean we should be building cities that are friendlier to people. Pedestrians should be our No. 1 priority.”

At the Open Streets Summit, Penalosa shared the following advice for the organizers of such initiatives across the country:

“You get a lot if it’s weekly; a little less if it’s monthly,” Penalosa said. “Start with six miles, and then try to connect the whole city.”

Atlanta Streets Alive – now in its fifth year – will have its next happening on Oct. 25 along Peachtree Street. 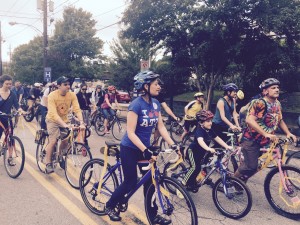 The Great Atlanta Bicycle Parade takes off on Sunday 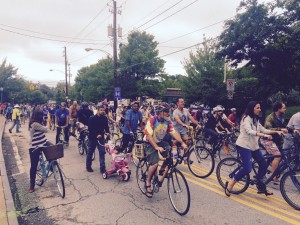 And the bicycles keep coming along North Highland 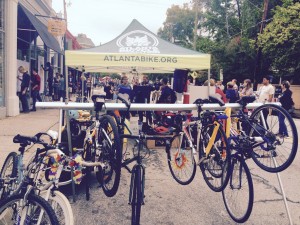 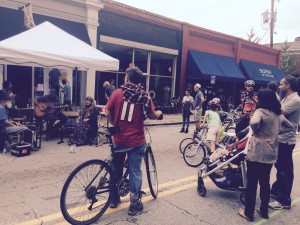 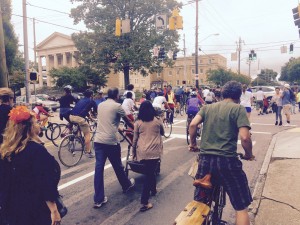 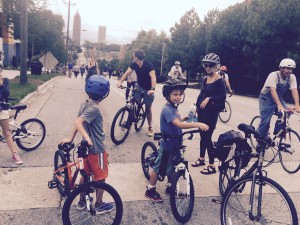