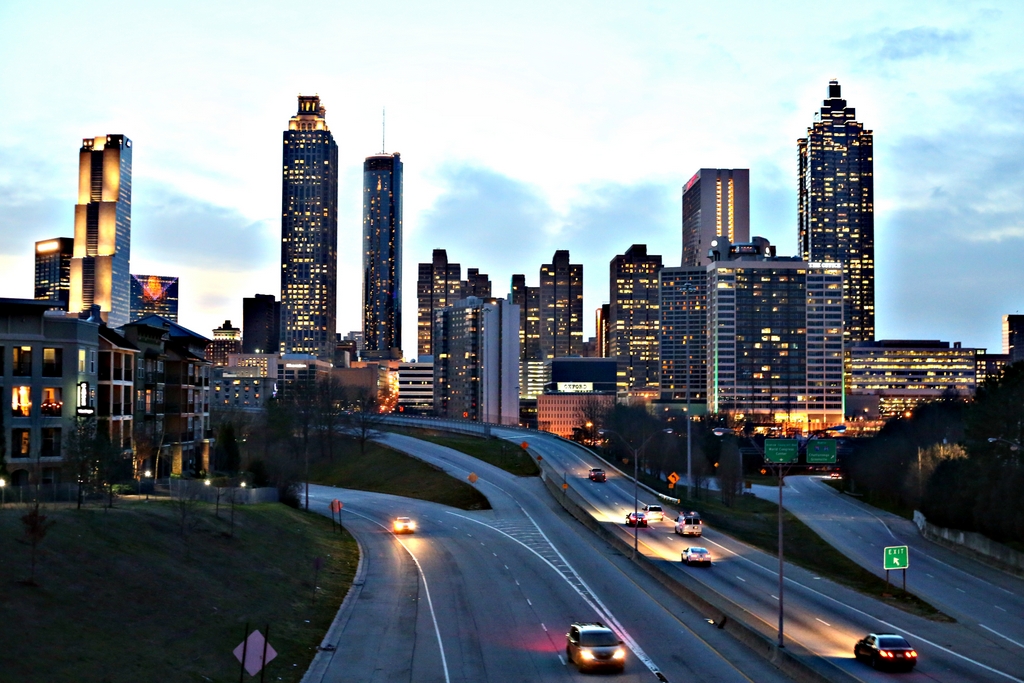 The New York City-based corporation BlackRock manages nearly $7 trillion. It’s stock today is worth more than 10 times what it was in 2001.

So it was awkward last week for some members of the Invest Atlanta board to vote the company a personal property tax break worth $700,000 over 10 years.

“The reason I’m going to be supportive is that this has been in the pipeline for a long time, and there’s already been a commitment made,” said eastside District 5 Atlanta City Councilmember Natalyn Archbong, who doubles as a member of Invest Atlanta’s board, the authority that oversees economic development in the city.

But she added that “the metrics used by this board are going to change.”

All over the United States, cities, counties and states offer all kinds of tax breaks or other incentives to lure companies. In the city of Atlanta, the most expensive objectives are shiny office buildings, which can get property tax breaks in the tens of millions of dollars, even in bustling neighborhoods. The idea is that the company will bring jobs and eventually pay a full load of taxes.

But some cities are looking around and thinking that what they lack isn’t skyscrapers or white-collar jobs for tech workers, but other things like smooth roads or affordable housing. And some cities are pivoting towards incentives that bring those kinds of things.

For example, in 2018, Austin’s city council rewrote its economic development incentives. Every deal should now include some items from a menu of expectations, like good jobs for local Austin people, opportunities for small business, or bringing the community together in some way.

When a push like that comes, it’s from a certain kind of city.

“It tends to be in what you would say are superstar successful cities,” said Nathan Jensen, a professor in the Department of Government at the University of Texas-Austin who studies economic development strategies.

He’s referring to cities that tend to be pretty well-run and that are competitive business locations.

“So attracting companies is not a struggle. What’s been more of a struggle is public infrastructure, housing costs,” Jensen said.

Last year in Nashville, community and labor groups pushed the city council to pass the “Do Better Bill,” which requires companies seeking subsidies to disclose how many local folks they’ll hire and what the wages will be, among other things. This year, the city of Washington D.C. cut back on various tax breaks for high-tech companies, after a very negative audit of the program. Philadelphia’s city council is considering an end to a residential property tax break that’s seen by some as a handout to gentrifiers.

Atlanta is in enough of an affordable housing crisis that Mayor Keisha Lance Bottoms campaigned in 2017 on a promise to get $1 billion spent on housing, half public money, half private money. The city also has a backlog of public works at least in the hundreds of millions of dollars.

The city is working on a plan for what it wants to get out of its economic development policies, which could include things like middle-income jobs, building wealth in under-served communities and small business development.

Once the to-do list is written by Council and Mayor Bottoms, it’ll be up to Invest Atlanta to do the work. The policy is expected to be done by mid-2020.

While that’s going on, Invest Atlanta is also tapping the brakes on future deals like BlackRock’s, a courtship that started more than a year ago, with the state, the city and others teaming up to compete against other cities for the company’s location. The deal included not just the personal property tax break, but also a $500,000 “economic opportunity fund” grant, which has been sitting in Council committee since August.

Until they get direction from the city, IA will offer no EOFs or 10-year property tax breaks for competetive projects where Atlanta is in the running with another state, said IA President and CEO Eloisa Klementich.

“I believe once we get through the City Council process, you’re going to see a new incentive program,” Klementich said after the Thursday meeting. “We’re still going to be in it, but we’re going to be changing what we require, what we ask of companies.”

But something unusual has already happened — or rather failed to happen on Thursday.

A early version of IA’s meeting agenda included preliminary approval of a property tax break worth $22.5 million over 10 years for a mixed-use development on the Eastside BeltLine on a former Georgia Power facility at 760 Ralph McGill Blvd. It’s one block over from Ponce City Market, and easily one of the most expensive neighborhoods in the city.

Critics had begun grumbling in private and in public over that agenda item, saying that the development didn’t need a break to happen. It definitely wasn’t going to get unanimous approval. Indeed, it might have gotten a public defeat.

By Thursday morning, 760 Ralph McGill was deleted from the agenda. Klementich said it was at the request of the developer, New City Captial, LLC. The developer told the Atlanta Journal-Constitution that a pause was appropriate to help everyone understand the company’s proposal.

Now it remains to be seen if that pause on the Ralph McGill development represents the new normal for Atlanta.

Previous Article
Giving thanks for the uplifting moments in our lives
Next Article
Atlanta issued $4.6 billion in building permits in 2017, uses 1993 rates to collect impact fees