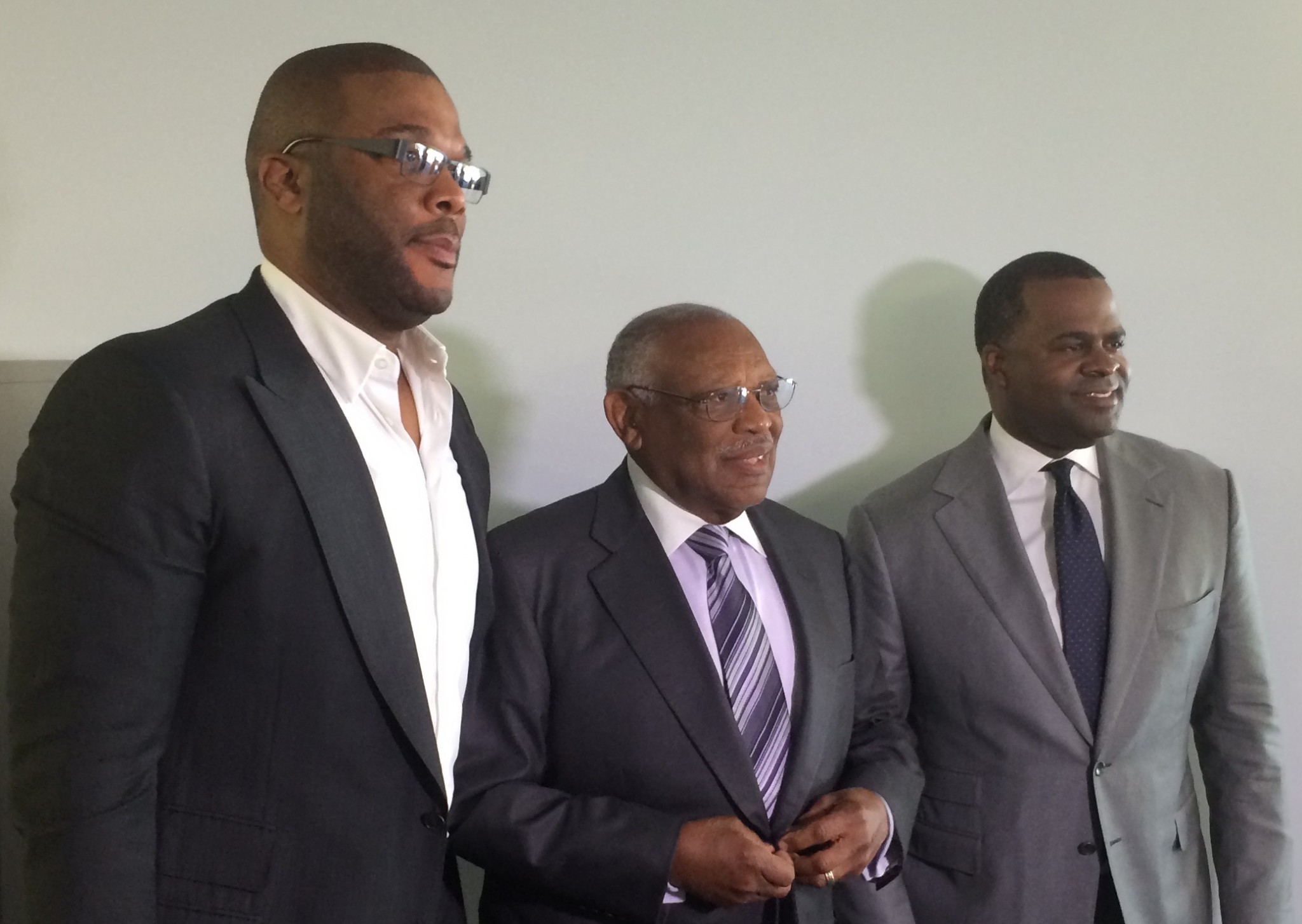 Now the City of Atlanta is proposing to spend up to $510,000 to build a new road on the land because Tyler Perry Studios will be closing all public access to the existing major streets that are part of the 330 acres it is buying.

That means that the City of Atlanta will have to build a new road that parallels the existing Walker Street so it will be able to access the property that will be used by the Veterans Administration, the Associated Credit Union and the federally-mandated services for the homeless.

A resolution has been prepared to go before the board of Invest Atlanta to spend up to $510,000 in the Campbellton Road Tax Allocation District fund to pay for the new city road on the Fort McPherson property. 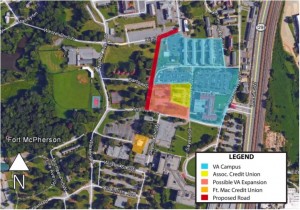 Invest Atlanta is expected to vote on the new road at its next scheduled meeting on July 16. A meeting scheduled for June 18 has been canceled.

Brian Hooker, executive director of the McPherson Implementing Local Redevelopment Authority (MILRA), has said he believes the deal with filmmaker Tyler Perry will close by the end of June – before Invest Atlanta has been able to vote on public-funding for a new road.

According to the budget included in Invest Atlanta’s board documents, MILRA is expected to cover $100,000 of the new road’s $610,000 cost. 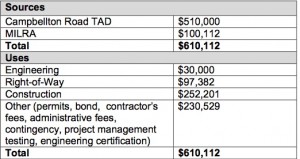 Matthew Garbett, a citizen activist who lives in Southwest Atlanta about two miles from Fort McPherson, said the deal should be put on hold until the public has had a chance to weigh in on having to pay for a new road.

“If Brian Hooker and MILRA are serious about not letting even veterans use the existing roads on Fort McPherson, then any new road that city taxpayers will have to build should be approved by Invest Atlanta and the City Council before the deal closes so the public can have some input,” Garbett said. “Otherwise, it will essentially become a blackmail scenario where the taxpayer will have to foot the bill for a $600,000 road that may be unnecessary.”

Thanks to the strong backing of Atlanta Mayor Kasim Reed, Tyler Perry has an attractive deal to buy 330 acres of land at the now closed Fort McPherson for $30 million – less than $100,000 an acre.

MILRA will pay the Army a total of $26 million for the entire property (paid in installments). Perry is supposed to present $20 million on the day of closing, which will go toward MILRA’s first installment to the U.S. Army as well as cover its operating expenses.

If and when the deal goes through, MILRA will end up with about 144 acres – much of which will have limited accessibility because Perry insisted on owning the major roads on the 488-acre base.

The Veterans Administration, the Credit Union and homeless providers are expected to end up with nearly 14 acres.

It is not yet clear whether MILRA and/or the City of Atlanta will have to build more roads to make other parts of its property accessible for redevelopment. 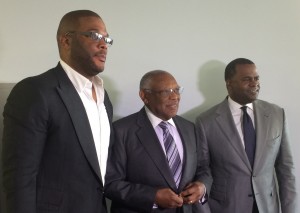 The Tyler Perry-Fort Mac deal almost fell apart last fall when Perry went to MILRA with a set of new demands – including shifting his property line so that it would include the major roadways on the property. That ended up giving Perry the ability to turn his property into a fort within a fort by not allowing any public access through the heart of the entire site.

Initially, the MILRA board refused to give Perry the right-of-way to major roads going through Fort McPherson. It was at that moment that Perry threatened to walk away from the deal.

Mayor Reed then pressured MILRA’s leadership to salvage the Perry deal by giving the filmmaker what he wanted.

Reed also got Gov. Nathan Deal to remove Ayesha Khanna, the one board member who had voted earlier in the year against a draft agreement with Tyler Perry Studios, from the MILRA board. A letter from the governor came only two hours’ before a specially-called meeting to vote on the revised deal was being held.

Khanna was replaced by two people close to the mayor. The vote for the new Tyler Perry deal – including turning over the major roads to him and making them off limits to the public – was unanimous.

But those details were not disclosed to the public at the time.

The implications of the deal have just now come to light with the proposed resolution now before Invest Atlanta. One paragraph in the resolution reads as follows:

WHEREAS, Tyler Perry Studios desires land that includes key right-of-way (Walker Avenue and Dietz Avenue) needed by the Atlanta Veteran Affairs Medical Center (“Atlanta VAMC”) to access some of its existing facilities; and….

After several more paragraphs, the resolution concludes with the reconmmendation to spend an amount not to exceed $510,000 to “fund the construction of a new road to provide vehicular access to the Atlanta Veteran Affairs Medical Center and campus facilities.” 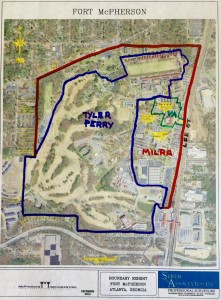 Although the resolution does not mention homeless services, people close to the project said the road is also needed to meet that federal requirement.

But they also added that the new road would not have been necessary if Perry had been willing to provide an easement to allow public use of Walker Street – even for just a couple of blocks.

“It’s a tragedy that one-fifth of the available funds in the Campbelltown Road TAD are being used to duplicate a road lost in the Ft. MacPherson deal,” Garbett said. “Wouldn’t it be nice if it the funds were used as they were intended – to improve the community – such as acquiring park land to replace the green space being lost?”

Garbett also questioned whether this would be considered a proper use of TAD funds, which are supposed to go towards improving an area’s quality of life and enhancing a community – not replicating an existing road.

Fort McPherson is a real estate gem that is strategically-located between downtown Atlanta and Hartsfield-Jackson International Airport. It sits between two MARTA stations. It, has more than 200 acres of green space – much it that was used as a golf course during its days as an Army base.

It was considered one of the most historic and beautiful Army bases in the country with its rolling hills, mature trees, a parade ground, extravagant general’s quarters, officer’s row and nearly every amenity one could imagine in a self-sustaining city – a movie theatre, a bowling alley, a post office, stores, tennis courts and basketball courts, a hospital, various residential communities and numerous office facilities. It even had an elegant clubhouse for fancy events.

If and when MILRA closes the deal with Tyler Perry, he will own the most valuable parcels on the site – both in quantity and quality. If Perry decides to sell off any of the land, MILRA will have a first option to buy his property.

But according to Hooker, the contract states that MILRA will have to pay a full market price for the property rather than buy it back for the discounted deal that is being offered to Perry.