For 15 years, the mark of an Atlanta newcomer: a 678 phone number

Fifteen years ago this month, 678 became Atlanta’s third telephone prefix, and every call became a 10-digit dial. Today, when smartphones let us tap to connect, it’s easy to forget past milestones in how Atlantans connect – and how those turning points transformed the perception of the city’s growth and who we are. 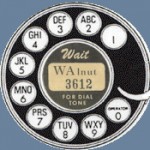 Phone dialing looked like this back in the day in Atlanta. The prefix Walnut designated downtown numbers. Only six numbers were needed. (Credit: Atlanta Telephone History website).

For many native Atlantans inside I-285, there’s 404 and everything else. That’s what they grew up with. The 770 and  678 will always belong to the Johnnys-come-lately and suburbanites.

The 404 prefix is dialed into their identity, a shared jersey number for the veterans on Atlanta’s home team. It is a holdover from a simpler time, before the rest of us got here and made life a whole lot more complicated.

“Each time I get a new cell number, I insist on a 404 number,” says Judy Turner, 66, the president of Private Bank of Decatur who was born at Emory Hospital. “I’m very much an ‘inside perimeter’ person.’”

This topic dials Turner back to her childhood when everyone had a seven-digit phone number. To reach family in Stone Mountain, she only needed four. Yes, four. Her grandparents, aunts, uncles and cousins had the same first three numbers – 469 – so calling between them through the “community dial office” required only the last four digits.

Smaller numbers equaled intimacy; more and larger numbers meant respect. This was true with phones and other numeric markers. 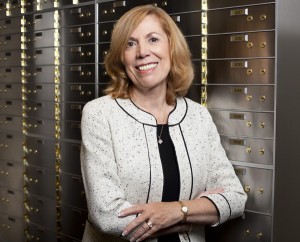 In 1965, when Turner was nearing college age, a landmark sign of changing numbers debuted in Buckhead.

“We used to go by the Darlington Apartments on Peachtree Road just to see the sign that showed the number of residents in Atlanta,” Turner recalled.

“We always told everyone we were from Atlanta because it was well-known and was a big, exciting city. I was proud to be from Atlanta and thought going downtown to Rich’s was about the most exciting thing possible.”

For more about what telephones meant to Atlanta’s growth, the Atlanta Telephone History website has some great photos and research, and you can even listen to old dial tones and recordings. (Webmaster Will Cardwell unfortunately wasn’t reachable by phone or otherwise before this column deadline).

Given this month’s anniversary of 10-digit dialing, here are some highlights in Atlanta’s telephone history: 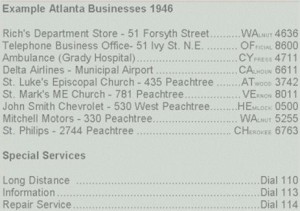 Atlanta started running out of phone numbers as fax machines, then pagers, then cellphones rose in popularity. The first split came in 1992, where everything outside of metro Atlanta became 706. In 1995 came 770, an area radiating from roughly the Perimeter. Remember, this was the boom time of the 1996 Summer Olympics.

The design of 678 was a political decision. The Public Service Commission considered splitting phone numbers between 404, 770 and 678 by geography – which would mean 1.5 million people would have to change their area code. The alternative was an overlay plan, which new numbers across metro Atlanta would be given 678 prefixes. 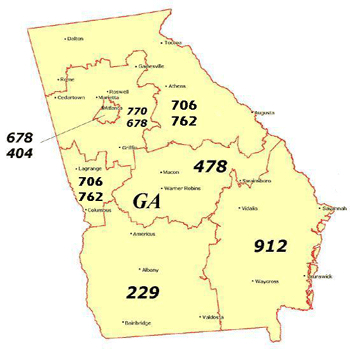 “BellSouth notified its customers of the new area code through an extensive media campaign that lasted several months. Implementation of the new area code had no effect on Atlanta’s toll free calling area, which is the largest in the world and runs from Gainesville in the north to Griffin in the south, from the Alabama border in the west and extends beyond Covington in the east.”

To those Atlantans who just picked up a 678 number and would like to feel more connected, Judy Turner offers this Atlanta-centric advice, which involves putting down your phone and getting some real face time.

“Get involved with people,” she says. “You can do this through community organizations, places of worship, schools, jobs, etc.  Atlanta offers so many civic organizations that it is easy to find something that interests you. There is always plenty of room for volunteers!”

Previous Article
Buckhead a study in contrasts: Mobility to improve as office market sags, construction slumps
Next Article
Open U.S. Senate seat could have a domino effect on Georgia politics