Atlanta has until May 9 to make peace for a peace summit set to take place this November.

The international body that selects cities to host the World Summit of Nobel Peace Laureates met in Rome over the weekend and issued a statement. All the parties in Atlanta must come together within one week, or the summit will be awarded to another city.

Atlanta was selected to host the 2015 World Summit of Nobel Peace Laureates ─ a prestigious gathering of all the individuals and organizations who have been awarded the Nobel Peace Prize.

It was supposed to be a kumbaya moment for Atlanta ─ an opportunity for us to reinforce our standing as a center for civil and human rights.

We had so much going for us. Former President Jimmy Carter, who had won the Peace Prize in 2002. Atlanta is the home of Martin Luther King Jr., who had won the prize in 1964. And Muhammad Yunus, the Bangladesh micro-lender who won in 2006, had adopted Atlanta as his second home.

So we had every reason to celebrate when we were awarded the event in 2013.

Planning groups were formed. Host committees were set. Announcements were made. Galas were held.

But then problems began brewing underneath the surface. Community leaders expressed concern that the governance of the Atlanta summit was being controlled by a nonprofit ─ Yunus Creative Lab ─ under the management of Mohammad Bhuiyan and his wife.

Attempts to have shared governance or planning of the event were rebuffed, and community leaders became increasingly concerned about how successful Atlanta would be in putting on such a global event under the existing management. 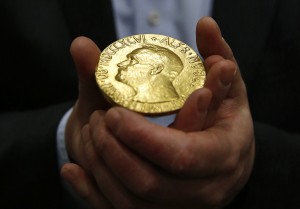 Finally in March Atlanta Mayor Kasim Reed announced that the city was withdrawing its support of the summit because it could not work with the organizers. Reed said that the only way the city would get re-engaged in the summit would be if Bhuiyan were no longer in charge.

The situation has continued to deteriorate, and even Nobel winner Yunus resigned as chairman from his own nonprofit ─ Yunus Creative Lab ─ saying he could not work with the management.

But Bhuiyan has had a hard time facing reality. Despite losing the support of the mayor, numerous civic and business leaders as well as his own chairman, Bhuiyan has been unwilling to step aside.

Now the World Summit of Nobel Peace Laureates has issued the ultimate challenge.

Come up with a solution to host the summit that includes the city of Atlanta, or it will move the summit to another city.

What a shame it would be if we were to lose this unique opportunity to showcase Atlanta and to reinforce our commitment to a peaceful world.

But first we need to make peace at home.