Atlanta is moving forward with its commitments to redevelop the Gulch in Downtown Atlanta into a mini city, with approval Tuesday of a $14 million payment to retool a building into space for city government workers. 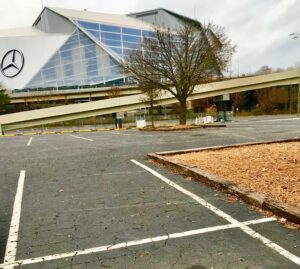 The Gulch includes acres of asphalt parking spaces, some of which are used for events at the Mercedes Benz Stadium. Credit: Kelly Jordan

In addition, the Georgia Court of Appeals issued a ruling March 29 that rejects arguments in two lawsuits intended to overturn major public funding for the entire redevelopment. These two cases – affiliated with the “Redlight the Gulch” movement – had been filed in the Georgia Supreme Court, where justices determined their court was the wrong venue and transferred the cases to the Court of Appeals, according to a footnote in the appellate court’s ruling.

Taken together, these measures advance Mayor Keisha Lance Bottoms’ signature redevelopment project in her first and, possibly, only term in office. Bottoms leveraged enormous political capital to promote a concept to replace blight. The Gulch has hindered the central business district for over 100 years, according to an Atlanta urban renewal program cited in court rulings:

The Atlanta City Council voted unanimously Tuesday to pay $14 million to the developer to upgrade the building at 185 Spring St. The city intends to use the building and its environs for office space, and parking space.
The legislation also authorizes a land swap between the city and the CIM Group, the master developer for a project named Centennial Yards. 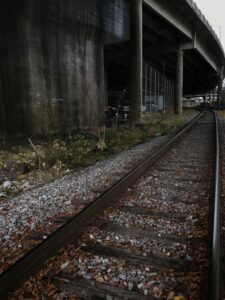 The Gulch in Downtown Atlanta has been a ‘nuisance to the citizens of Atlanta’ since the early 1900s, according to a city development program. Credit: Kelly Jordan

These transactions are part of the complex negotiations that enabled the CIM Group to proceed with the redevelopment of an under-developed piece of Atlanta’s central business district. The long-term plan is to construct a live-work-play community above portions of the city’s historic railroad core.

A simple description of this portion of the redevelopment project is contained in an update CIM presented Aug. 26, 2020 to the council’s Finance/Executive Committee. The section titled “City of Atlanta Asset Swaps” states:

The Court of Appeals’ ruling, on March 29, continues the position taken by other courts – the public policies of urban renewal that underwrite the Gulch redevelopment are legal, and their implementation is not a matter for judicial intervention.

The case was brought by Julian Bene, Tim Franzen, Vincent Fort and James Martin. They initially filed their appeal of a Fulton County Superior Court ruling with the Georgia Supreme Court. That court transferred the case after determining there was no constitutional question to resolve, according to footnote No. 6 in the appellate court’s ruling. 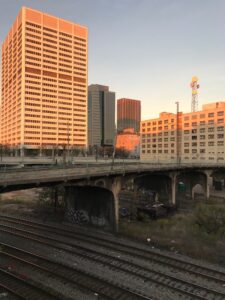 The Gulch in Downtown Atlanta has been a ‘nuisance to the citizens of Atlanta’ since the early 1900s, according to a city development program. Credit: Kelly Jordan

Court of Appeals Judge Brian Rickman concluded his ruling with language that also appeared in a ruling by the Supreme Court. Rickman’s ruling was affirmed by Judge Anne Elizabeth Barnes and Judge Christopher McFadden. The closing states: