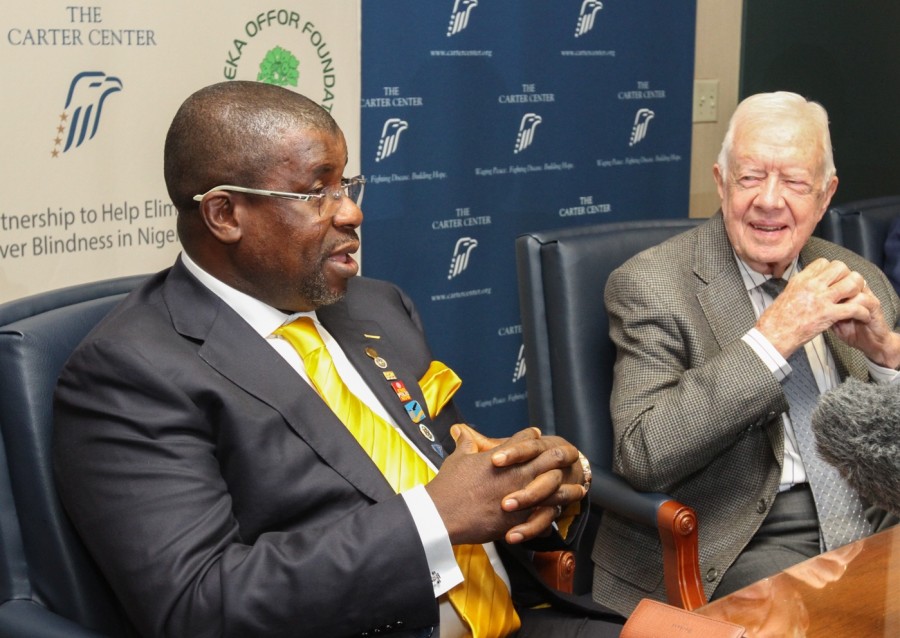 Funny how things turn out.

One week we closed the book on hosting the 2015 Nobel Peace Laureates Summit.

Then last week, we learned we will be hosting the 2016 Clinton Global Initiative next June.

“There is a strong probability it will be for 2017 as well,” Atlanta Mayor Kasim Reed said in an interview with two reporters on June 12. “For two years you will have some of the most important thought leaders in the world come to Atlanta.”

(Reed said he has already received $1.5 million in commitments to host the 2016 CGI in Atlanta, and he is not concerned about being able to raise what will be needed to host both the 2016 and 2017 initiatives). 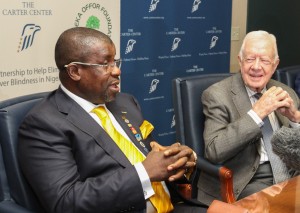 In many ways, Atlanta already is emerging as a pivotal place for leaders and organizations involved in global health and development.

Just a couple of hours before Reed made his comments about the Clinton Global Initiative, former President Jimmy Carter had hosted Sir Emeka Offer, a Nigerian businessman and philanthropist, at the Carter Center.

Sir Emeka announced his donation of $10 million to the Carter Center to help eliminate river blindness in Nigeria by 2020 as part of an international initiative.

“This is an emotional moment for me,” President Carter said as he stood at the podium. “I met Sir Emeka last summer, and I knew of his great wealth and how he was sharing it with his own people.”

Frank Richards, director of the Carter Center’s river blindness program, described this moment in time as “the end of the beginning” in the fight to completely eliminate the disease. 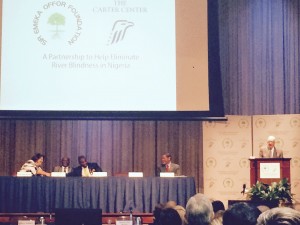 What few people realize is that Atlanta is a nerve center in the fight against river blindness and so many other global health threats. As the home of the Centers of Disease Control and Prevention, Atlanta tends to be ground zero when a threat emerges – be it Ebola or SARS.

Atlanta also is the home of the Task Force for Global Health, the largest nonprofit based in Georgia, according to the Chronicle of Philanthropy. 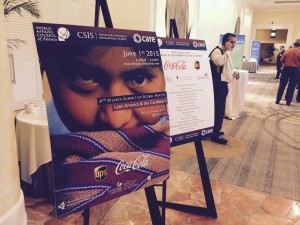 CDC Director Tom Frieden welcomed the emphasis on Latin America saying there has been great progress made in the Americas. Opening up relations with Cuba would add another dimension to the Latin American landscape.

Frieden also put this topic of global health in perspective.

‘We have a real paradox today,” Frieden said at the Global Health Summit. “We are better prepared today than ever. At the same time, we are more vulnerable than ever before. In this interconnected world, disease is just a plane ride away.”

In other words, the role that Atlanta’s institutions can play in the global health and development arena is one of increasing importance.

Taking a reflective look was Helene Gayle, who is in her last few weeks as the CEO of CARE. Gayle was instrumental in launching the annual summit – and although she will be moving to Washington, D.C., she intends to stay engaged in the state’s efforts to form a Global Health Alliance. 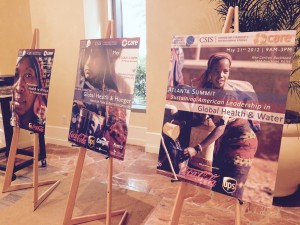 Interestingly enough, Georgia is experiencing a leadership transition in the global health and development space.

Michelle Nunn is succeeding Gayle as the CEO of CARE, and they are overlapping this month to help in the leadership transition.

Charlie Stokes, the founding executive director of the 20-year-old CDC Foundation, has announced that he will be retiring.

And Ambassador Mary Ann Peters became CEO of the Carter Center last September, succeeding John Hardman, who had been in that post since 1992.

“The value of this summit is that it lives on beyond the people who were the original creators – Wayne Lord and myself,” Gayle said. “It will live on past me. There has been a lot of transition. But on the other hand institutions are meant to withstand changes in leaders who leave behind stronger institutions.”

For the last 50 years, Atlanta has been evolving from a forward-looking Southern town to a cosmopolitan city with international aspirations.

Even the business community is dedicated to having a more global focus.

“The world is becoming a smaller place,” said David Balos, managing director of JP Morgan Chase in Georgia and Alabama, at the recent unveiling of the Atlanta Metro Export Plan. “Consumers are outside the shores of the United States. You have to have an open mind about things. We have to be as welcoming as we expect the rest of the world to be.”

As we mature, we will need to remember the core principles that made Atlanta and Georgia stand out in the 1960s – how we embraced change and tolerated diversity – a mindset that directly translated to our economic success.

Today we can leverage our natural advantages as a center of global health and development because we have the institutions and companies that can make a better life for people around the world.

Where else can we have former President Bill Clinton come to a city where former President Jimmy Carter already has developed a framework for how to use the post-presidency to continue improving the lives of those who in greatest need.

It does reinforce the themes of the Center for Civil and Human Rights – so key to Atlanta’s DNA, and it does create the model for what can be an impactful Georgia Health Alliance in years to come.

But the city is moving forward with great global energy – destined to have a constructive impact on people around the world.

Previous Article
Nuts? Sleep trackers? Cross Fit? Which fads to keep and which to lose? How will sticking with the foundations make the biggest difference re: brain-cleaning sleep and age-defying exercise?
Next Article
Column: Chick-fil-A’s Dan Cathy will receive 2015 Four Pillar Award