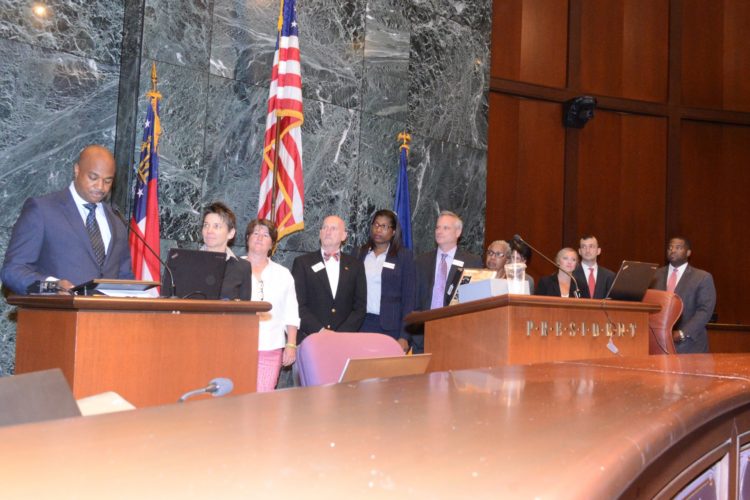 The observance in Atlanta Sunday of the city’s first annual LGBT Equality Day arrived as President Obama announces plans to designate a new national monument at the site of Stonewall Inn, the New York site where a police raid in 1969 sparked the nation’s current LGBT movement.

Atlanta’s LGBT Equality Day resulted from a resolution signed in September 2015 by every member of the Atlanta City Council. The resolution was sponsored by Atlanta Councilmember Kwanza Hall, who invited Councilmember Alex Wan, the first openly gay man to serve on the council, to join him for a presentation and to make remarks as the resolution was affirmed.

The observance of LGBT day on Sunday came as Atlanta and other cities continued to reflect on the June 12 mass shootings at Pulse, an LGBT club in Orlando. Atlanta Mayor Kasim Reed has met with 35 leaders and business owners in the LGBT community to discuss safety concerns, his office announced June 21.

“Atlanta has a rich and storied history as the cradle of the Civil Rights movement, of upholding human rights and providing equal opportunity to all people,” Reed said in a statement.

“Our city recognizes that providing equal opportunity to the LGBT community means creating an environment where people feel safe and supported in living openly as gay, lesbian, bisexual and transgender,” Reed said. “I look forward to continuing this important conversation and working together with our LGBT community to ensure their safety and security.”

Safety and security was on full display in New York during the city’s annual gay pride parade. The New York Police Department planned to have K-9 dogs checking for explosive devices, officers patrolling with radiation detection devices, surveillance from helicopters and rooftop, as well as officers on boats observing events that took place along piers, according to a report by reuters.com.

The parade started in Midtown Manhattan and ended in Greenwich Village, home to Stonewall Inn.

On June 24, two days before the march, Obama designated Stonewall and its immediate vicinity as the nation’s first LGBT national monument.

In stating Obama’s intentions to make Stonewall a national monument, the White House issued a release that observed: 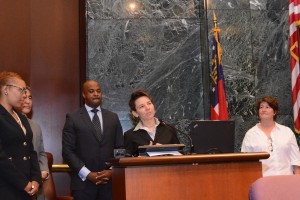 Beth Littrell, a senior attorney with Lambda Legal, said in 2015 that advocates hope that one day there will be a national LGBT Equality Day. File/Credit: City of Atlanta

The White House statement provided the following history of the role of Stonewall in the civil rights movement: