Reading "Fight Like Hell: The Untold History of American Labor" in East Atlanta Village on a weekday evening thanks to the once-radical labor organizing concept of "time off." (Photo by John Ruch.)

In a state led by Reagan-descended Republicans and a city still strongly influenced by big corporations, you won’t find many monuments to labor union leaders. The dominant narrative in Georgia is to be “pro-business” — incidentally meaning pro-bosses.

But unions have a long local history, and more is being made right now with such organizing successes as Atlanta Starbucks staffers. A fresh reminder is the well-reviewed new book “Fight Like Hell: The Untold History of American Labor” by Kim Kelly, a Philly journalist who came South in recent years to cover union battles in Alabama’s oldest and newest industries — coal mines and Amazon warehouses.

“Atlanta looms large in the book, and rightly so,” Kelly told me in an email. She said one of her favorite subjects was Dorothy Lee Bolden, an Auburn Avenue domestic worker who was both a Civil Rights activist and a pioneering labor organizer of her trade. Kelly said Bolden “left such an indelible imprint on the history of workers’ rights — and particularly, those of Black women workers — in this country.”

Her brief sampling of Atlanta movements shows a city at the forefront of battles for then-radical, now-normal ideas like minimum wages and child labor bans. Yet today, Georgia law has enshrined the “right to work,” one of those cynical political terms that means, not even the opposite of what it says, but something altogether different: In this case, a union-blocking tactic. About 4.8 percent of the state’s workforce is unionized, compared to a national median of 10.3 percent, as Atlanta Civic Circle recently reported.

And today, Georgia leaders frequently crow about luring major, job-creating corporate facilities without mentioning that depressed wages of non-union labor may be part of the attraction. An example was the triumphant May announcement of a $5.5 billion electric vehicle plant from Hyundai; one had to read media from the company’s home country of South Korea to learn that non-union labor was a likely attraction and that the Georgia investment was a major spur to a threatened strike by Korean workers, who are unionized. Meanwhile, a Hyundai subsidiary in Alabama was accused of illegal child labor, which both companies have denied amid ongoing investigation.

Labor organizing is tough in a right-to-work state where unions have long been presented as “scary,” said Charlie Fleming, director of the Georgia AFL-CIO, a federation of unions. But, he said, local union membership is rising with demographic changes, a young generation aware it’s “gotten the shaft,” and the society-shaking effects of COVID-19.

“I think it’s changing and I think it’s going the other way. The pendulum has switched,” said Fleming, who’s been a machinist for Northwest Airlines at Hartsfield-Jackson for over 30 years. “I’m excited as a labor leader.”

The pendulum has swung that way before, in such fields as Kelly’s local favorite, the super-exploited world of domestic workers. The Atlanta Washerwomen’s Strike of 1881 was a pioneering effort by Black women laundry workers to gain higher wages. It was part of an enduring theme of workers combating Jim Crow racist structures in the face of opposition from the city’s political and corporate elites.

That was still the story in the 1960s when Bolden came along. As Kelly recounts, she started her career as a maid and launderer as a 9-year-old child laborer alongside her mother. Bolden became deeply involved in Civil Rights protests and boycotts — also making her a target of KKK threats. In 1968, with the advice of her Auburn Avenue neighbor Martin Luther King Jr., she founded the National Domestic Workers Union of America. The group advocated for such basics as minimum wages, an eight-hour workday, time off, and sick leave. In another aspect of Southern racism, Bolden had to overcome Black workers’ suspicion of organizing because typical unions were white-controlled and segregated. The group folded in the 1990s but has successor unions that are still nationally active. 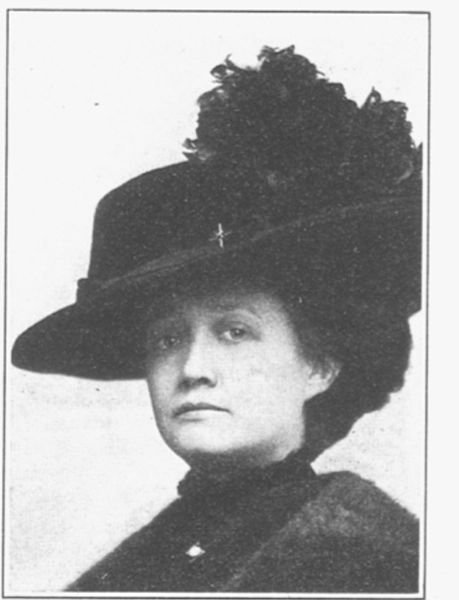 Another influential event was the 1914/15 United Textile Workers strike at Cabbagetown’s Fulton Bag and Cotton Mills, which Kelly calls “the first real attempt of the twentieth century to unionize a workplace in the South.” She recounts the role of Ola Delight Smith, a former unionized telegraph worker who became a paid organizer for the mill union. Smith deployed the innovative propaganda tactic of photographing workers and their families in poor conditions. A famous one, circulated as a postcard, showed a poorly paid, 10-year-old child laborer. As reported in historian Clifford Kuhn’s 2001 book “Contesting the New South Order,” the mill company claimed the boy’s mother declared he was 12 and that he was unpaid because he goofed off — as one might expect of a child — in an argument that gained traction with political leaders and newspapers. The strike faltered with some incompetent — and racist — organizers as well as professional strikebreakers and spies hired by the mill owner. Smith was the target of a smear campaign that was a factor in her divorce, Kelly writes.

Kelly also touches on some Atlanta examples of labor organizing that are still underrepresented or fringe today. There’s Dolores French, a famously public prostitute who pointedly named her outstanding 1988 memoir “Working” and sought to organize sex workers in a group called Hooking Is Real Employment. There are the 1970s activists who staged sit-ins at federal offices as part of a national effort to get the Nixon administration to enforce a new nondiscrimination law that empowered the actual right to work of people with disabilities. There’s Dollree Mapp, the subject of a landmark U.S. Supreme Court case about warrantless searches, who lived out her days in Conyers; her jailhouse rights activism warrants a mention in a chapter on prison labor — the only form of slavery still legal in the United States.

Kelly is unabashedly pro-union and her book does not delve into controversies and debates over corruption, seniority systems, large-scale economic effects, and ties to left-wing political parties. In Georgia, some early 20th-century organizing was indeed conducted by outside Communists, which would become a bludgeon against unions for decades. But looking at some of the battles, it’s not surprising that it took outsider radicals to confront the racist police state that was Jim Crow Georgia, which was hardly a shining advertisement for the glory of capitalism.

A major legal confrontation, as recounted by the New Georgia Encyclopedia, was the 1930 case of the “Atlanta Six,” a Communist team whose crimes were being multiracial and organizing workers across racial lines. Atlanta Police arrested them on insurrection charges based on a pre-Civil War law aimed at suppressing slave rebellions. Two years later came the similar case of Angelo Herndon, a Communist organizer who the police charged with insurrection after he successfully led a biracial protest for workers desperate for financial help in the Depression. Herndon successfully fought his case in the U.S. Supreme Court, which ruled Atlanta had torched the First Amendment rights to speech and assembly.

Before that decision, the hysteria continued with raids on radicals during a 1934 statewide textile worker strike that saw the National Guard called to police some areas. Then came the 1950s Red Scare, which cemented the idea of unions as Communist-adjacent, a concept that was used by political leaders to stigmatize labor organizing — and the Civil Rights movement.

The Christian nationalist ‘right to work’

Right-to-work laws came out of the same political environment. At first glance, the concept seems reasonable and freedom-loving: A worker can’t be required to join a union or to pay union dues even if they gain all the benefits of a union contract. In practice, though, it makes organizing hard because of cultural stigma and practical defunding and contract-weakening. Indeed, right-to-work was part of a package of union-breaking legislation pushed nationally by a group of explicitly bigoted Christian nationalists. As the deceptive name suggests, it was another example of politicians selling disempowerment as freedom on behalf of corporate masters and extremist ideologues.

The ringleader of what he initially called the “God-given right-to-work” was a Texan oil lobbyist named Vance Muse, who also battled child labor bans, women’s right to vote, and the eight-hour workday. His union-busting concepts were conducted through a group called Christian Americans and were founded on anti-Semitism and racism. He referred to labor-friendly President Franklin Roosevelt’s revolutionary economic programs as the “Jew Deal.” A pioneering right-to-work legislative effort in Arkansas was based on racism, with one local group claiming unionization would force white people to work with “black African apes,” as recorded by contemporary critic Stanton Kennedy. Those early efforts, according to Kennedy, drew opposition from groups that seem surprising today — including some employers who said it violated their right to contract with a stable labor base and American Legion and VFW posts that called it exploitative and against American liberty.

“It is not coincidental that Right-to-Work first took root in the Jim Crow South,” wrote University of Arkansas history professor Michael Pierce in 2018 on the website of the left-wing American Constitution Society. “In those states, few blacks could cast free ballots, poll taxes prevented most working-class whites from voting, election fraud was rampant, and political power was concentrated in the hands of an elite. Right-to-Work laws sought to make it stay that way, to deprive the least powerful of a voice, and to make sure that workers remained divided along racial lines.”

Fleming, the Georgia AFL-CIO leader, says right-to-work indeed makes organizing tougher, with more time spent on in-house campaigns to sign on the “free-riders or freeloaders” who get union benefits without paying dues. And even those Starbucks’ successes have challenges. But he sees change in the air here, as well as nationally with Joe Biden being what he calls “by far the most supportive labor president we’ve had since maybe Roosevelt.” Fleming figures Georgia’s Governor’s Office might flip a more labor-friendly direction this year, too, if the roughly 350,000 union members, retirees and their families pitch in. “We’re a significant block and will be in this upcoming election cycle,” he said.

Kelly, naturally, also wants to see the union past as prologue and challenged Georgia’s political leadership in unsparing terms.

“The South has given rise to so many of the most important, impactful, and militant labor organizing campaigns (and battles), and continues to be a site of immense class struggle, from striking coal miners and Amazon workers in Alabama to sanitation workers and bus drivers in Georgia and baristas and whiskey distillers in Tennessee,” Kelly said. “Dismissing or looking past that legacy is not only ahistorical, it’s ignorant as hell, and so is assuming that crooked conservative politicians who have gerrymandered themselves into power and continue to hold the South in a stranglehold actually represent the interests of the millions of people they subjugate.

“The South deserves so much better,” she said, “and its people have always been willing to fight for what they deserve.”