Atlanta has played a key role in America’s history of affordable housing: It was the city that pioneered federally funded public housing complexes — and also was the first to demolish them all.

Like many stories with unflattering ends and a focus on poor and working-class people, that history has received little mention in Atlanta’s civic storytelling and myth-making. An effort to change that is now underway from researchers at Emory University in partnership with the Atlanta Housing Authority — the agency that did much of the building and all of the demolishing.

The first step will come in April with the installation of state historical markers at the sites of the first two public housing complexes: Techwood Homes and University Homes. Meanwhile, researchers are prepping an exhibit about the “broken promises” of a century of Atlanta housing reform history for a 2024 debut at Emory’s Stuart A. Rose Manuscript, Archives and Rare Book Library.

“Atlanta has this remarkable and foundational history of public housing,” says Christina E. Crawford, an architecture professor in Emory’s Art History Department who is working on the markers and exhibit. “And now it’s, like, 100 percent gone… It’s a checkered past.” 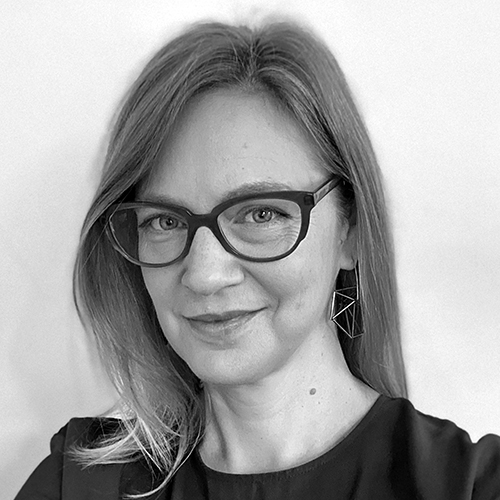 Crawford has been researching Atlanta’s public housing history for about five years and has taught a graduate seminar about it. Part of that work is based on the papers of Charles Palmer, a developer who came up with the idea of Techwood and was the housing authority’s first chair. Crawford said she “realized at some point this is a public history process, that Atlantans should know about this, that writing an academic book wasn’t going to be sufficient — basically to make Atlantans aware of both the good and bad parts of this story.”

The Rose Library is home to Palmer’s papers and is working on that exhibit, which has the working title, “Broken Promises: Housing and the Pursuit of the American Dream in Atlanta.”

Rose Library Director Jennifer Gunter King says next year’s historical markers placement “acknowledges the families who made Techwood Homes and University Homes their home, and the continued displacement, segregation and economic sustainability [issues]  that led, ultimately, to the demolition of these projects by the turn of the century.”

The history of those housing projects spanned the New Deal programs of the 1930s to the Olympics land-grabs and gentrification of the 1990s. Like many affordable housing innovations, they were born out of institutions’ and developers’ hunger for land occupied by poor people and later succumbed to that same force.

Techwood and University were separately conceived and built projects — going up in 1936 and 1937, respectively. In the Jim Crow era, they were initially racially segregated, with Techwood only for white people and University only for Black people. But, Crawford says, they were packaged as one for review by President Franklin Roosevelt’s administration as the first federally subsidized housing projects.

Techwood, which stood adjacent to the Georgia Tech campus, was the brainchild of Palmer, a real estate developer who owned land nearby and wanted to clear out a poor neighborhood called Tech Flats. Replacing it with a new affordable complex was his solution. “Palmer by his own admission got into this because he saw an opportunity to clear the slums – of course, this is his own term, ‘clear the slums’… on the government’s dime. He got into it for purely self-serving needs.”

But “to his credit,” Crawford says, Palmer gained a genuine interest in social housing innovations of his era, traveling to European cities to see model projects and bringing the ideas back for Techwood. That included not just 1,200 units of housing, but also parks, laundry facilities and other community amenities. He ended up chairing the housing authority and penning a memoir called “Adventures of a Slum Fighter.”

“So he started as a villain and ended up very much a hero, by his telling of the story,” says Crawford.

University Homes sat beside what is now Atlanta University Center. John Hope, the first African American president of Atlanta University and a civil rights advocate with an interest in housing conditions, was “really the hero of that story,” says Crawford. Hope similarly sought to replace a poor community, the unusually named Beaver Slide, with a public housing project.

Beginning of the end

By the 1970s, conditions at the complexes were worsening, as with much public housing around the country, as crime increased and government funding shrank. The Coca-Cola Company, whose headquarters was near Techwood, openly advocated for the public housing’s demolition. In 1990, such plans gained momentum when Atlanta won the bid for the 1996 Olympics, sparking a redevelopment frenzy. And in 1992, the federal government launched a new program called HOPE VI aimed at replacing public housing projects with smaller, mixed-income and mixed-use developments, typically privately owned or managed.

In Atlanta, the housing authority became a HOPE VI pioneer, demolishing Techwood and the adjacent Clark Howell Homes as an Olympics-linked project tied to the adjacent “Athletes Village” at Georgia Tech, which is now dorms. Techwood became the Olympics-named Centennial Place, with the vast majority of its tenants permanently displaced. The housing authority proceeded with an aggressive program of demolishing all of its traditional public housing stock in what is essentially a newfangled version of Palmer’s old “slum clearance” approach.

The Techwood and University sites each still have one original building left standing, and those are where the historical markers will be unveiled on April 18. The former University Homes building is Roosevelt Hall at 660 Atlanta Student Movement Boulevard, where the sign unveiling coincides with a ribbon-cutting for a mixed-use makeover in conjunction with an adjacent private housing development.

Decades ago, the significance of both complexes was recognized via historic district listings on the National Register of Historic Places — Techwood on its own and University as part of the Atlanta University Center District. But that didn’t stop the juggernauts of the Olympics and HOPE VI. Crawford says an unfulfilled Olympics-era promise was for the surviving Techwood building to get a historical marker and maybe even house a “museum of public housing.” She uses the authority’s archives in her research and says it is a partner on the marker effort because it owns the properties and due to the opportunity of fulfilling that old promise at Emory’s expense.

“They were very happy, especially with the Techwood marker, because they were supposed to do it 25 years ago,” said Crawford. “…Maybe it will shame them into doing something [with the surviving building].”

The two housing complex markers were among only six approved statewide for 2022 installation by the Georgia Historical Society, which is still working with Crawford on their exact language.

The past informs the present

That’s a topic as relevant as ever in a town still facing severe income inequality and a housing affordability crunch amid its latest citywide urban redevelopment project, the Atlanta BeltLine. Today, the housing authority is getting back in the business of creating housing, and a new mayoral administration takes office in January with a professed focus on affordability. Crawford says it’s a perfect time to look to Atlanta’s unique past of public housing to inform the present.

“I think being really honest and having real discussions about displacement in Atlanta is important,” she says. “And hopefully, in the next cycle, to do it better. There are really positive things to be learned and there’s also what not to do.”