Homeowners are to get financial help to maintain the energy efficiency of windows, doors and roofs, among other upgrades, if the city sells a planned Housing Opportunity Bond. The money is not intended to pay for "home beautiful" types of improvements at dwellings such as this one in Oakland City, a city official said. Credit: David Pendered

One city government saw a five-fold hike in borrowing costs amid the coronavirus-spurred turmoil. This price hike is an indication of the volatile market into which Atlanta intends to sell up to $200 million in bonds to help secure affordable housing in the city.

The meltdown in the nation’s municipal bond market was prompted by the COVID-19 pandemic, which ended more than a year’s worth of growth. Credit: Investment Co. Institute, via blackrock.com

Atlanta’s chief financial officer, Roosevelt Council, Jr. did provide a presentation to council members, in which he advised of three points:

Atlanta taxpayers are to be responsible for repaying the debt and all associated costs and fees. To make the payments, Atlanta agrees to use its “unlimited taxing power” to assess property tax rates at whatever rate is necessary, according to the legislation, 20-O-1185.

Members of the Atlanta City Council voted in March, in two council committees, to double the size of the planned bond offering. In February, the initial legislation called for a bond of up to $100 million. The sum was raised to $200 million in committee votes taken March 24 and March 25. The council is slated to vote on the proposal April 20. 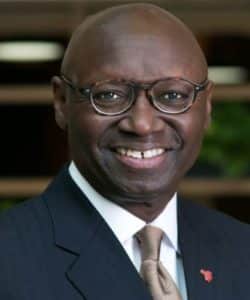 At the time of the committee votes, reports abounded of investors pulling a record amount of money out of the municipal bond market. In response to the flight to cash, local governments across the country had pulled some $7 billion in planned debt sales off the table – succumbing to rising yields and underwriters who didn’t want to take on more inventory, according to a March 13 report by Bloomberg.

Pasadena, Ca. was the city government that saw rates jump in March. The rate soared to 5.77 percent from an average yield of about 1 percent on tax-exempt securities, according to an April 7 report by Bloomberg. The city’s credit rating wasn’t an issue – like Atlanta, Pasadena has an investment grade rating.

The rush to cash was evident in the daily offering of bonds for resale. The average daily offering of $590 million in January and February rose to more than $2 billion a day in March as bond holders sought buyers, according to a guidance report issued in April by Blackrock. This flood of sale of existing debt caused the market to freeze for new issues – which is what Atlanta’s new bond issue would be – Blackrock’s report observed:

The credit rating aspect of bond sales is volatile as the buyer side of the deals.
Two recent examples include ratings for entities in New York and Virginia, as issued by Moody’s Investors Service.

Regarding New York, the rating was downgraded to negative from stable for the state authority that handles debt issued for dormitories: 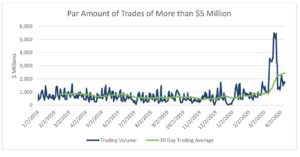 Trading in the municipal bond market spiked in March as COVID-19 was named a pandemic by the World Health Organization. The collapsing market prompted governments to pull some $7 billion in planned bond issuances off the table. Credit: msrb.org

The rating for the non-profit Virginia Housing Development Authority, created in 1972 by the state of Virginia, escaped a coronavirus-tinged rating for a planned $150 million bond issue. The money is to buy or finance loans on single-family houses:

Here’s a snapshot of Atlanta’s path toward issuing a Housing Opportunity Bond in Summer 2020: 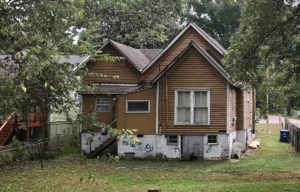 Homeowners are to get financial help to maintain the energy efficiency of windows, doors and roofs, among other upgrades, if the city sells a planned Housing Opportunity Bond. The money is not intended to pay for “home beautiful” types of improvements at dwellings such as this one in Oakland City, a city official said. Credit: David Pendered

This is a snippet of Roosevelt’s presentation to the council’s CDHS Committtee regarding the pending bond sale. After observing the planned June 17 pricing date, Council observed: