Atlanta’s rates of shootings and victims drop, but murder rates continue to rise

The rate of shooting incidents and shooting victims in the City of Atlanta has declined in the last four weeks as policing efforts have yielded results, according to Atlanta’s Assistant Police Chief Todd Coyt. 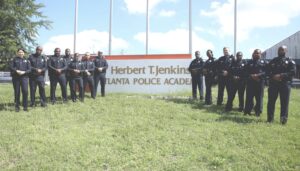 Atlanta’s police department conducted a swearing-in ceremony June 30 for 14 new officers. who received their guns and badges and were to complete a six-week program with an experienced officer to complete their field training. Credit: APD

“Our officers are giving 110% every day out there, every day they’re working their butts off,” Coyt said Monday in a presentation to the Atlanta City Council’s Public Safety Committee.

Coyt’s presentation portrayed officers on the street working hard to protect and serve. Positive signs include:

“Resources are down, the number of officers is down,” Coyt said. “Still, our officers are still giving an outstanding effort, with pro-activeness and the people they arrest.” 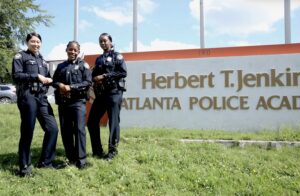 Three women were in the class of 14 graduates of the Atlanta Police Academy, Class 270, which was sworn into duty on June 30. Credit: APD

Members of the Public Safety Committee gave no sign of celebration at the positive signs. Coyt’s presentation was delivered against a backdrop of two incidents that claimed attention: 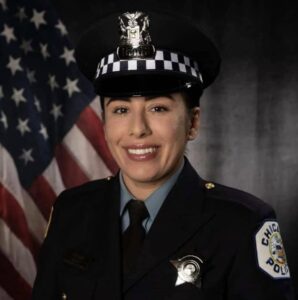 On Monday, Coyt presented data from APD’s online crime report for the week ending July 31. On Wednesday, the report was available for the weekend ending Aug. 7 and it showed:

The rate of shootings is down, but may be more deadly than last year and in 2019: 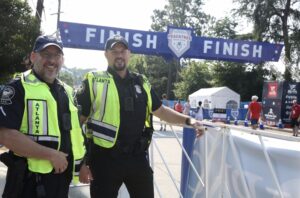 In response to a question from Councilmember Dustin Hillis, Coyt said he had no explanation for the increase in rapes other than that a significant number of victims reported knowing their assailant.

“A large percent of rapes are acquaintances,” Coyt said. “We try to educate the public as often as we can. There’s no set trend to identify why it is happening. It is a disturbing trend. But we have not been able to find a commonality other than they are acquaintances.”