In 1976, Sweet Auburn was designated a National Historic District. Yet the buildings came down.

By 1992, the National Trust for Historic Preservation recognized Sweet Auburn as one of the 11 most endangered historic places in America. And the buildings still came down. 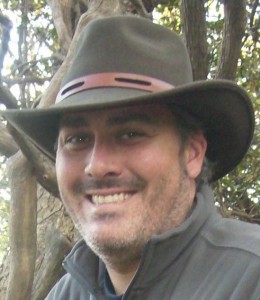 Whether by nature, neglect, intent or even automobile accident, and despite a series of “catalyzing” events – the Martin Luther King, Jr. Historic Site, Renaissance Walk, the expansion of Georgia State University – Sweet Auburn has continued to decline; pieces of our history continue to be lost.

Perhaps, ironically, the proposed demolition of the Atlanta Daily World will serve as that catalyst to reverse the decline and restore Auburn Avenue to her former glory. It has galvanized a group of individuals and organizations dedicated to the redevelopment of Auburn Avenue.

For those who believe that this coalition exists merely to speak out against this demolition, let me allay your concerns.

Since 1979, the Atlanta Preservation Center has advocated on behalf of our shared history. Earlier this year, I met with APC Executive Director Boyd Coons to discuss the preservation and repurposing of the threatened Herndon Office Buildings.

Since 1980, the Historic District Development Corporation has been actively involved in the district, renovating over 110 buildings. Jesse Clark, the current HDDC executive director, wrote his Georgia Tech Master’s Thesis on the revitalization of Sweet Auburn. Just last month, HDDC led a clean up of and awareness for the Herndon Life Insurance Building. 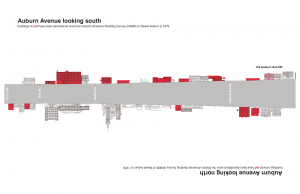 J.P. Michalik and Pamela Hines-Moss, both representatives of the 4th & SAND (Sweet Auburn Neighborhood District) area; and I collaborated closely with the city on the redevelopment of Selena Butler Park as part of Sweet Auburn’s revitalization following the tornado of 2008. The list goes one.

The list goes one. Each individual and organization with an interest in history is working towards the improvement of Auburn Avenue.

In the past, our collaborations have produced great, but insufficient, results to restore Sweet Auburn. Now, our commitment to work together towards the following has been renewed:

1. The future of Auburn Avenue depends on a recognition and preservation of its past.

Auburn Avenue has played a singular role in Atlanta and the world’s history. Here is where the civil rights movement shaped the course of human events in America and around the world.

We have a moral obligation to preserve the history that remains. But this moral obligation also holds economic promise. Over 600,000 visitors descend upon the MLK Historic Site each year. Only a fragment of them venture west past Ebenezer Baptist Church.

Through the restoration and activation of significant historic sites along Auburn, we can create the impetus for pedestrian traffic to explore the totality of the district.

2. The future of Auburn Avenue depends on a recognition of its unique character.

Despite the hardships, Auburn Avenue retains a distinct and unique sense of place in Atlanta. Like all great neighborhoods, one is acutely aware that they are in Sweet Auburn, and not Downtown or Inman Park. Retaining and honoring that sense of place will be crucial for future economic development.

The market exists for development along Auburn Avenue, as evidenced by the explosive growth along Edgewood one block to the South.

3. Zoning and redevelopment ordnances must be re-examined to determine which help and which hinder redevelopment.

Too often, competing zoning and building regulations hinder development rather than enhance it. A careful re-examination of these regulations as they pertain to Sweet Auburn is already in the planning stages with participation from the neighborhoods, preservationists, and developers, to facilitate growth in the district.

4. Funds available for the redevelopment of Auburn Avenue must be increased and made readily available to developers.

For most of the last several decades, more money has been spent on the demolition of old buildings and on the construction of new than on preservation on Auburn Avenue. Yet funding does exist.

Our group will actively seek to expand the sources of funding from local, state and federal governments to help developers put together financing to operate on Auburn Avenue.

The Integral Group’s demolition application was rejected partially by the Economic Review Panel for not exploring these sources of funding. We will work to ensure that these sources are more openly available.

For decades, Sweet Auburn has suffered at the hands of abandonment and neglect. Yet despite this, Auburn Avenue retains an unmistakable charm and sense of place.

With the inexorable growth of Georgia State University and the promise of the Atlanta Streetcar, the opportunity for a redevelopment that respects the district’s past while ensuring its future, the chance to restore Sweet Auburn to glory is now.

We intend to be there to help.