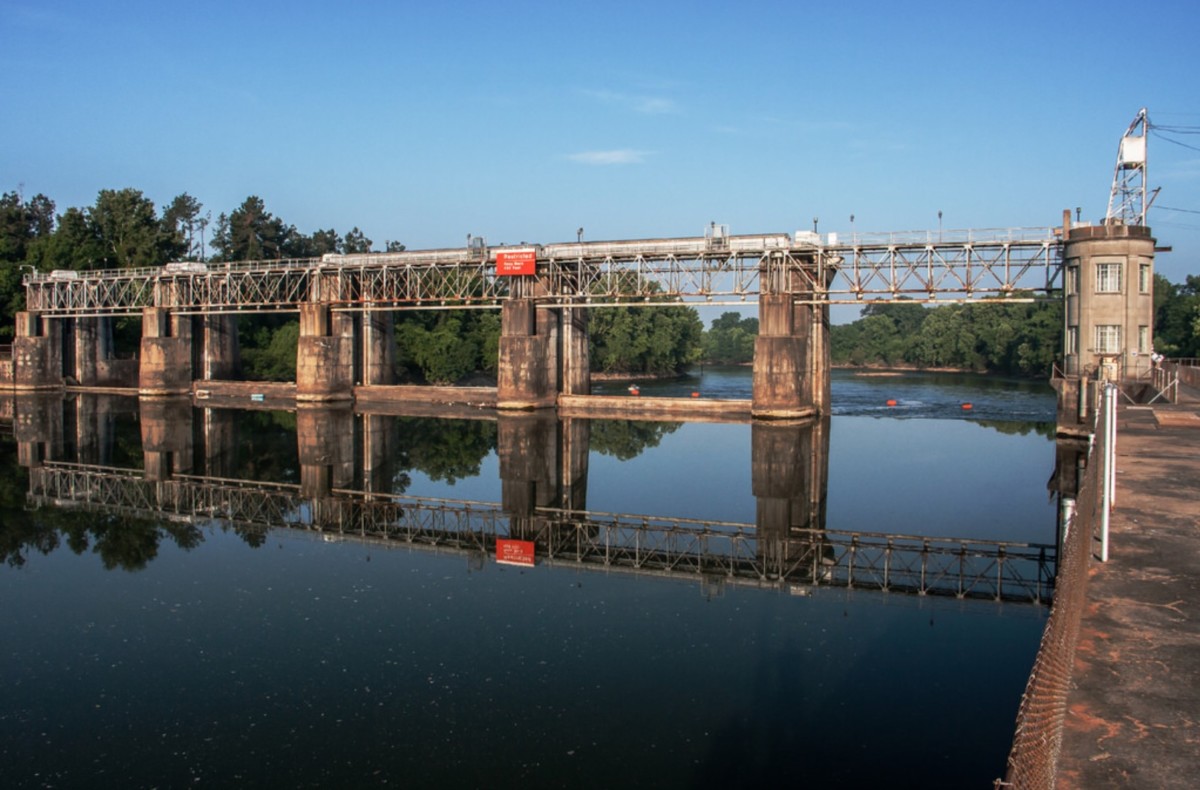 The lock and dam built in 1937 across the Savannah River, in Augusta, is to be removed to allow two endangered species of sturgeon to reach historic spawning grounds. File/Credit: sas.usace.army.mil
Share45
Tweet
Share
Pin
Pocket
WhatsApp
Buffer1
Email
Reddit
46 Shares

The 1937 lock and dam across the Savannah River in Augusta would be demolished in four of the five proposals from the U.S. Army Corps of Engineers in order to build a new fish passage that’s a requirement of the Savannah Harbor Expansion Project. 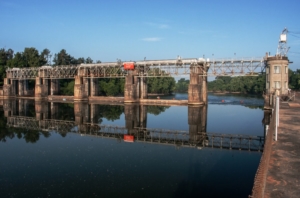 The lock and dam across the Savannah River, in Augusta, may be removed to allow sturgeon to reach historic spawning grounds. Credit: sas.usace.army.mil

The Corps doesn’t appear to advocate the demolition of the lock and dam, which it specifically recognized as having historic value for both the region and the nation.

The Augusta City Commission has voted to support the retention of the lock and dam. The structures would anchor plans to build a whitewater rapids destination and the conversion of a 1931 bridge into pedestrian-use only.

The Savannah Riverkeeper calls for keeping the existing lock and the construction of a new rock dam to replace the existing one. The riverkeeper launched a Rock the Dam campaign to drum up community support for this approach.

“We are excited to see the majority of the options being proposed include a rock weir that is compatible with ongoing whitewater efforts, and will bring many benefits to the health of the river, fish populations, and the community,” Savannah Riverkeeper Tonya Bonitatibus said in a statement.

The Corps expects to release a final draft report for public review and comment late this year or early in 2019, according to the script from a June 26 presentation in Augusta.

The fish passage is part of the Savannah harbor deepening project because it is to mitigate the environmental impact of the deepening on shortnose and Atlantic sturgeon. The goal is to reopen access to historic spawning grounds at the Augusta Shoals, which the fish can’t reach because the shoals are north of the lock and dam. This option was chosen after the Corps determined the Savannah area didn’t have enough space to provide adequate mitigation. 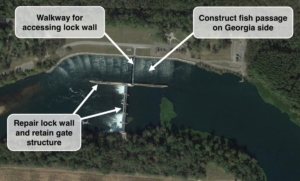 The one proposal that would retain the dam and lock calls for the fish passage to be built on the Georgia side of the Savannah River, at Augusta. Credit: sas.usace.army.mil

The Corps describes the historic nature of the lock and dam in the script used in Augusta:

The Corps also provided nuanced language around the notion that it is required to identify the most cost effective project: “[I]t is important to note that the most cost-effective solution is not necessarily the least costly.”

Rock the Dam rocks are being placed in visible spots by backers of the Savannah Riverkeeper’s Rock the Dam campaign. Credit: https://www.facebook.com/rockthedamAUG/

The cost effectiveness of any final recommendation would be compared to the $63 million cost of a project that was jettisoned after Congress approved in December 2016 the Water Infrastructure Improvements for the Nation Act.

The Augusta City Commission has voted to support the retention of the lock and dam. The city is attempting to develop a tourist destination in the area.

Plans include a whitewater rapids park and restoring the 5th Street Bridge over the river and converting it to pedestrian use only. The bridge would improve the connectivity of the network of trails that have been built in the area, Bonitatibus has said.

Engineering costs alone for the bridge exceed $715,000, according to Augusta city records. Construction funding could be provided by the 1 percent transportation sales tax approved in 2012 by voters in the Central Savannah River Area. (This is the transportation tax rejected by metro Atlanta voters.)