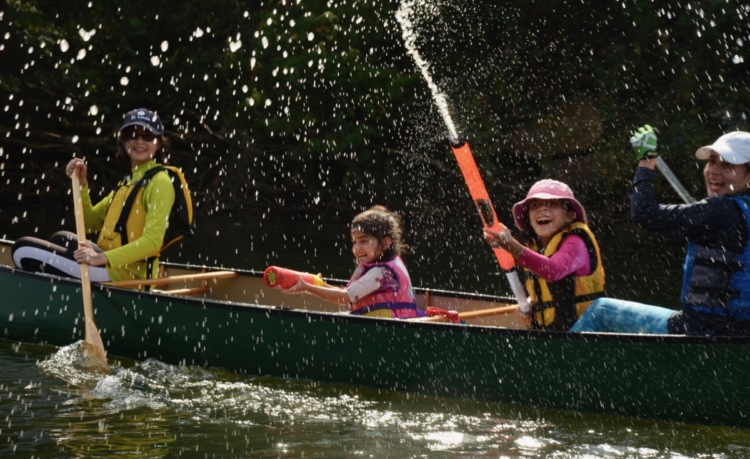 Water cannons wielded by children were part of the scene at the Float Down the Flint event last year, in which more than 120 paddlers made the three-day trek over Columbus Day weekend. Credit: garivers.org

The fifth annual Fall Float on the Flint River event this autumn offers a new attraction – the monitoring of bacterial levels in the river in light of the release of up to 1 million gallons of raw sewage into the river this summer from sewage facilities in Albany. 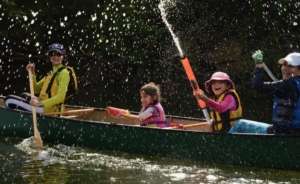 Water canons wielded by children were part of the scene at the Float Down the Flint event last year, in which more than 120 paddlers made the three-day trek over Columbus Day weekend. Credit: garivers.org

The Flint Riverkeeper began monitoring bacterial levels south of Albany in mid July, according to a statement from the Georgia River Network.

The monitoring will continue through the Float Down the Flint event, a 48-mile trip scheduled for Oct. 6 through Oct. 8. The trip is to begin at Baconton, a short distance downstream from Albany, and terminate near Bainbridge.

Flint Riverkeeper Gordon Rogers said Thursday that Albany is plagued by a sewer system similar to the one in Atlanta. The environmental woes resulting from Atlanta’s vintage-early-1900s early system landed the city in federal court and resulted in a consent decree costing in the billions of dollars.

Rogers said the riverkeeper organization hopes to work amicably with the city to resolve the situation. Given that Atlanta’s leaky system isn’t to be refurbished until 2027, he said Albany’s situation won’t be a quick fix: 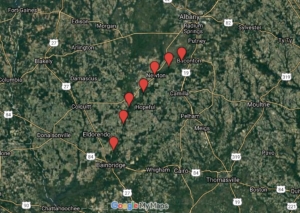 Bacterial counts will be provided for the first time on the fifth annual Float Down the Flint River event because of ongoing concerns about raw sewage being released by Albany into the river system. Credit: garivers.org

In Atlanta, the city continues to dump raw sewage into state waters even as it continues to upgrade the system in accordance with the consent decree.

Here’s how the situation was summed up in a May 30 report from the U.S. Environmental Protection Agency:

Note to readers: To learn more about the Paddle Georgia Fall Float on the Flint River event, visit the registration page on Paddle Georgia’s website.

Previous Article
Activists call on Atlanta to shut out ICE
Next Article
Georgia candidates start new round of campaigning with talk of jobs, values