A bartender’s faith and the death of Robert Berry

When Kimberly “Berly” Logan became a bartender at Houston’s Peachtree, she expected to hear stories from those she served. But when one customer turned into a friend who was determined to self-destruct, she wanted to offer more than a listening ear.

Their conversations didn’t save him, but they ended up changing her. 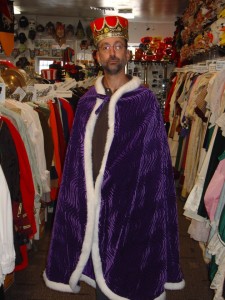 Her friendship with Robert Berry began a decade ago at the restaurant bar north of Piedmont Hospital, where she served him bottles of Amstel Light and he often questioned God’s existence and asked, “Why?”

It ended last month in a hospice where she held the 55-year-old Berry’s jaundiced hand as he waited to die from liver failure and apparent complications from diabetes. Berry, an eccentric, flamboyant writer who once wrote features for the Atlanta Journal-Constitution, passed away May 24 at age 55.

Their age difference of 23 years (Logan is 32) was only their most obvious difference. He was an “atheistic-agnostic” she said; Logan a devout Christian. When they first met, Berry’s best years as a professional writer lay behind him. He had left the AJC for corporate marketing leading into the 1996 Olympics, and worked as a creative director for several firms.

Logan, a 2002 graduate of Georgia Tech, was just a few years into independence as an adult.

While witnessing Berry’s choices hasten his death, she saw more clearly the importance of love in her own life.

Over the counter at Houston’s, she and Berry got to know each other when she was assigned “grunt” shifts early Sunday, starting at 12:30 pm.  “You can’t serve alcohol in Georgia until then,” she said. “Robert would show up at Houston’s and hang out for hours.”

Berry could be witty and impulsive. When a customer who Logan had cut off retaliated by tossing a glass of Jack Daniels in the face of a restaurant manager, Berry and a posse of other Houston’s regulars chased the patron down the street.

Berry often held court at Houston’s, telling great stories to staffers and other bar patrons. Logan said Berry was the son of a Jewish mother who married five times, or seven times – it varied each time he told the story – and that as a child he had often been left alone at home to raise his younger sister on his own. Logan said she couldn’t tell sometimes when Berry was exaggerating. 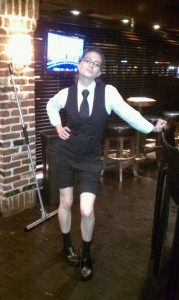 He also spoke with great pride about being a former AJC reporter at a time when the paper was “cutting edge,” she said.

But his circle of influence had shrunk measurably over the years. He didn’t drive because whenever he hit a pothole, he would think he had run over a small child, Logan said. He moved to a Buckhead apartment complex close to Houston’s, where he could shop for groceries and reach public transportation on foot, Logan said.

She meanwhile told him about her love of travel, the mission trips she went on to South Africa one month every year, and her faith and the churches she attended.

Bar patrons, in general, “spill their guts. They ask you same four questions about yourself,” Logan said. ” ‘How’s your dog?’ ‘How’s your garden?’ ‘Why don’t you have a boyfriend?’ ‘When are you going to Africa again?’

“They didn’t challenge me like Robert did. He would talk about what he’d done with his life. He could also be repetitive, but his questions would just go deeper.”

Bartending is full of ebbs and flow of patrons. “Sometimes our conversations would be real in-depth and sometimes they would be very short,” she said. She learned to answer his tough questions with fewer words, distilling big ideas into a sentence or two.

They were never romantically interested in each other, but always had a spiritual connection. She told him she loved him and he called her his truest friend. 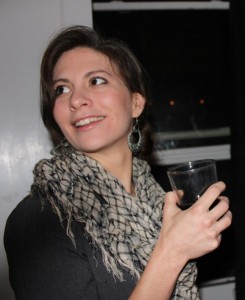 Over time, more of his personal history unfolded. He felt terrible about himself for leaving his wife for a married woman, who had left her husband to be with Berry.

“I am a horrible person,” he said to Logan.

“I believe in redemption,” was Logan’s response.

One day in 2009, Berry returned home after work. The woman he had left his wife for was gone.

She knew he was done trying to survive.

In 2010, Berry, who no longer had health insurance, was rushed to the hospital, where he nearly died, Logan said. “The doctors said, if you want to live, you’ve got to stop drinking,” she said.

Berry would go to Alcoholics Anonymous meetings from time to time, “maybe because it was a place for him to pontificate about his issues a little bit,” Logan said. “But he would never doing anything about it.”

Area restaurants began to forbid him from entering their premises for awhile. Servers at other establishments, such as Houston’s temporarily stopped serving him alcohol, because his behavior, while drinking, was getting out of hand.

As Berry’s body began to fail, his interest in spiritual matters intensified, Logan said. He asked Logan to take him to a Catholic service, and accompanied her several times to her own church.

“We crossed our arms to receive a blessing because we aren’t Catholic and couldn’t take communion,” Logan recalled. “When he got back to his seat he goes, ‘Berly, I felt something I never felt before in my life.’ He felt like he should like fall on the ground. He was like ‘I have never felt the weight of this.’”

But that experience didn’t prompt external change. He was still drinking.

As Berry was dying, Logan was living more fully. In 2012, she had met Kevin Koppy of Detroit, and this spring he had moved to Atlanta and they got engaged.

Koppy pitched in to help Berry get to the grocery store, post office and bank. Berry gave the couple his blessing. “I’ve never met anybody that I thought would be good enough for you basically, and that man is,” he told her.

To some friends, Berry remained a committed atheist. Logan saw another side of him.

On April 22, Berry thanked the couple online for their “Christian offer” to do errands for him.

“I have certainly spent most of my adult life in search of faith, it’s passed me by so far, but I do what I can,” he wrote. “Of course, now it’s more important than ever, but I never got to the point of actual faith. Berly has been wonderful about taking me to church and all, and I have a vivid and serious interest here – I don’t know where this is going, but I most certainly try my very best.”

The flickers of hope were not enough for Berry’s survival. He couldn’t accept the power of love though Logan believed he thirsted for it.

At Houston’s, staff noticed his eyes turning yellow as his condition worsened without treatment.

“It was never in him to turn it around,” she said. “He mentally resigned himself. He intellectually decided he was going to die. It was like a slow suicide. That’s really what it feels like, a long slow suicide.”

In his last Facebook posting, dated May 3, Berry described an inability to leave his home. He was having massive headaches and hallucinating that many people were in his apartment.

“People from my past stand about my place all night, and I have great conversations with them,” he wrote May 3 on Facebook. “This isn’t a psychiatric thing at all, because of a year of sheer pain, it just is making up its own universe. There they are. And, I am very happy to have all my freal [sic] friends around me, looking over me, checking in on me.”

Berry went into hospice for the final 10 days of his life. On eight of those days, Logan visited. She spent one night on a pullout sofa.

He was not responsive, but she believes he heard her issue this challenge: As much as he knew he was pushing himself to death, that he would have that same level of knowledge of divine love. 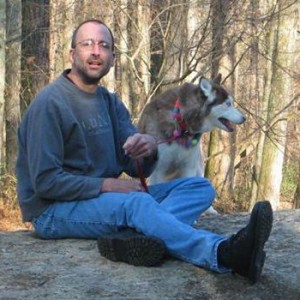 “Lord, he has sought you in his messed up way,” Logan said she prayed over Berry. “I just ask you to honor his seeking. I know that you are far more merciful than we could even think or imagine. You are far more just at the same time.”

She didn’t know if her actions had changed him. “Over the years, I have only taken about 10 percent of your advice, and the other 90 percent I wish I had a do-over on!” he had written her a year before he died. “You are like a GPS of the soul or something.”

Berry, by challenging her to explain and live out her beliefs, had changed her. Even when she disagreed with his conclusions and decisions, Berry was honest about himself—and even in death, that example challenged her.

“Sure, it’s important to know why you think what you think, and to have logical foundations, but if you are not actually loving people, who gives a [hoot]? If you aren’t actually living it out, who cares?”

Robert Berry’s obituary listed no survivors. A private memorial gathering for him is scheduled for June 24 in Buckhead. Berly Logan will be there.