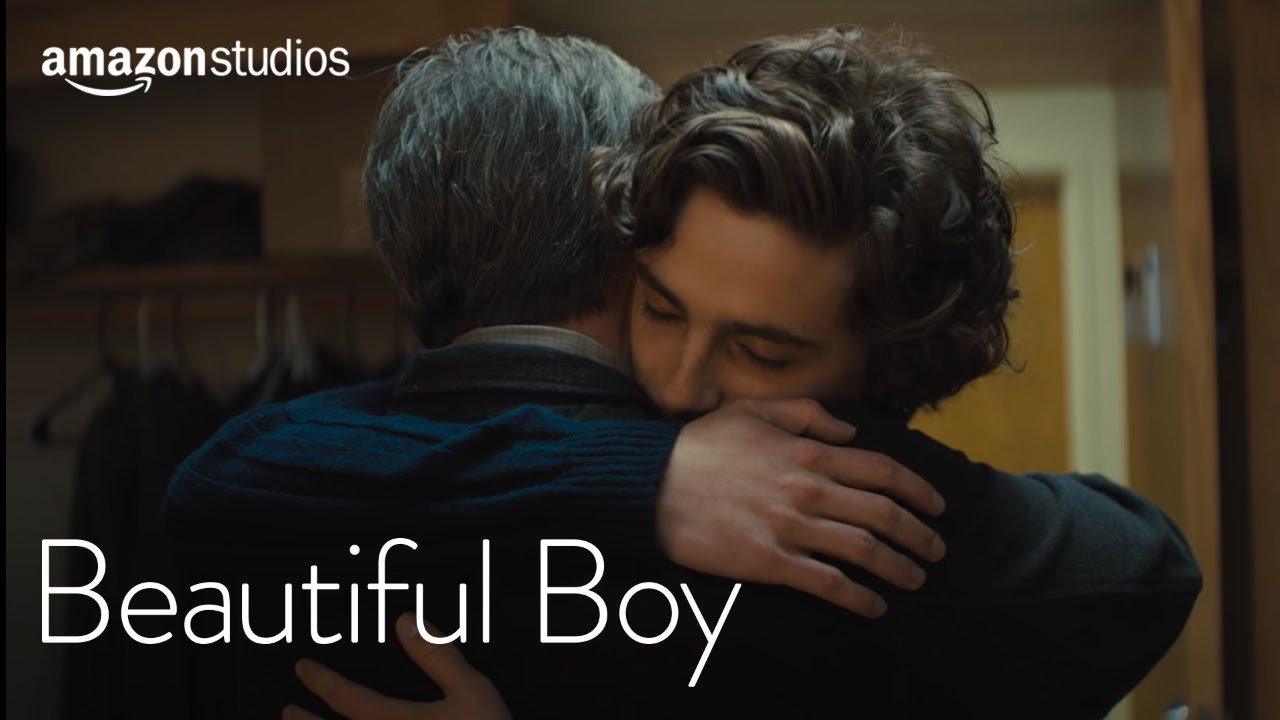 A scene from Beautiful Boy

“Beautiful Boy” has one beauty of a performance by Timothée Chalamet and a pretty darn good one by Steve Carell.

Whether their work is enough to make up for the film’s problems is hard to say. It may depend on your interest in the subject matter: addiction in its most devious and cruel incarnation.

This is not a tale of Bowery bums or glittery Eurotrash or opioid o.d.’s in the hills of  Arkansas. It is a father-son tale set in a well-off California family. David Sheff  (Carell) is a journalist whose House Beautiful spread is in Marin County.

He and his eldest son Nic (Chalamet) are especially close. When they embrace they whisper “Everything” to each other, short for “I love you more than everything.”

But as David and his wife, Karen (Maura Tierney) and his ex-wife Vicki (Amy Ryan) helplessly watch, Nic succumbs to substance abuse. The serious sort that calls for syringes. So begins a roundelay of rehab, relapses, and apologies.

Director Felix Van Groeningen is very good at showing us all the ways this battle can go – how it takes over not only Nic’s life, but everyone around him, with the focus especially on David, his son’s self-appointed safety net.

We also get to see how some drug abuse facilities operate – all warm and welcoming when they sign Nic up; cool and uncooperative when Nic falls off the wagon. 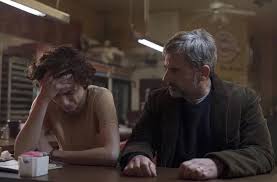 A scene from “Beautiful Boy”

The film’s problem is the inherent repetitiveness of the drug-addiction cycle. The story can’t help but go round and round and round. Nic is better, then worse, then tries again, then…

That’s why the performances mean so much.  Ryan and Tierney—they actually look slightly alike, a nice bit of casting – are both excellent in essentially thankless “supportive” roles.

But Carell manages to channel that familiar Michael Scott (“The Office”) misguidedness into a compassionate portrait of a man who doesn’t want to quit on his “beautiful boy,” but is ultimately forced to make a choice between his life (and that of his family) and his son’s possible death.

David is hardly a traditional patriarch; after all, he even shares a joint with Nic early on. However, in casting Carell, the director has emphasized a father’s fallibility. David does everything he can think of, but it may not be enough. And eventually, he’ll have to think about that, too.

That said, Chalamet walks off with the movie.  He’s like James Dean in “Rebel Without a Cause” or Montgomery Clift in “A Place in the Sun” or even Tony Perkins in “Psycho.” His extraordinary performance sets the film’s tone and pace. Its punctuation marks and pauses.

Beset by demons beyond his control, he becomes somewhat demonic, too. The twinkly eyes and sweet smile are fake-outs. Nic doesn’t want your love or support or help. All he wants is cash, so he can buy more drugs.

Chalamet’s performance is too good to dismiss as Oscar-bait – especially if you’ve seen him as completely different characters in “Call Me By My Name” and “Ladybird.” This kid is the real thing. I can’t wait to see what he does next.