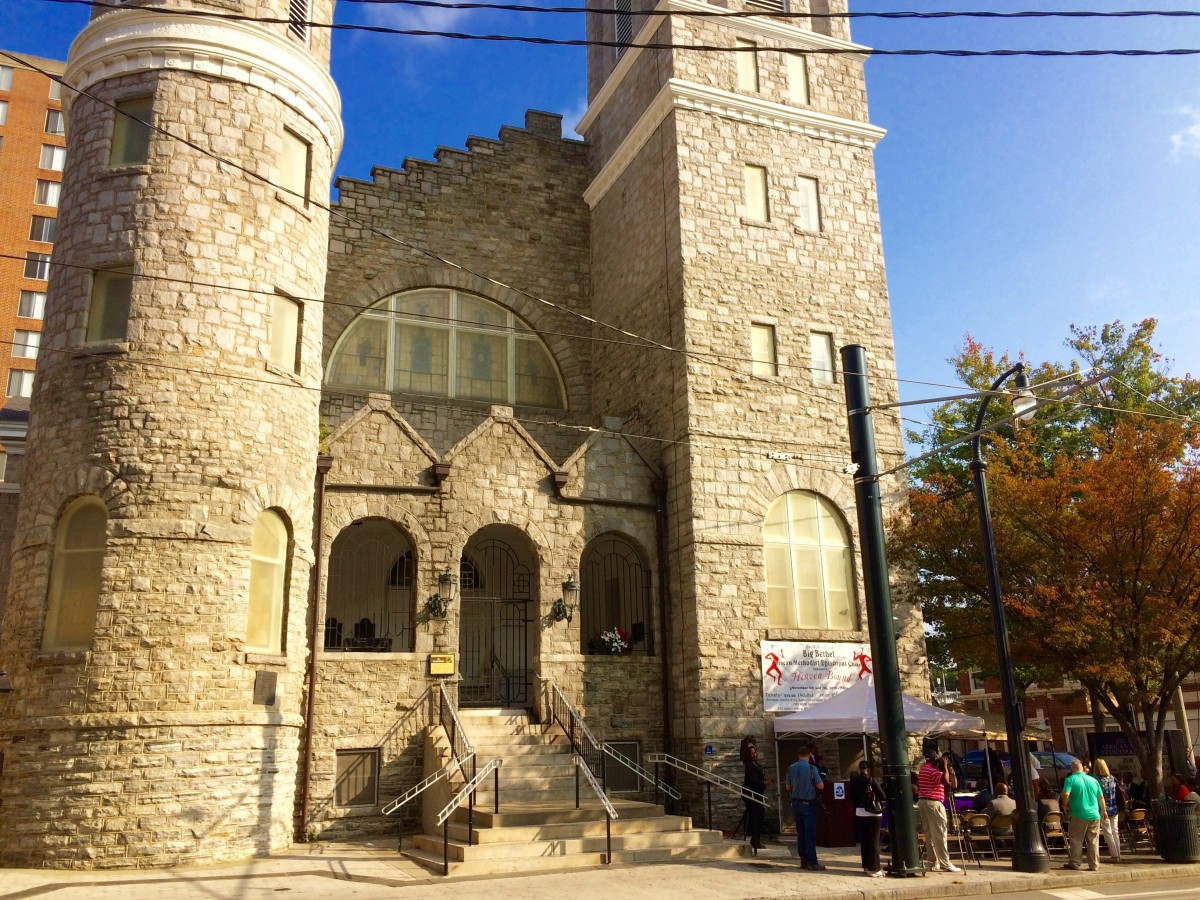 The project – to be built in four phases over four years – will include the rehabilitation of Bethel Towers, the building of a parking deck with up to 850 spaces, the development of a mixed-use 1,000-bed student housing complex with 30,000 square feet of retail, and the refurbishment of the church’s administrative offices along Auburn Avenue. 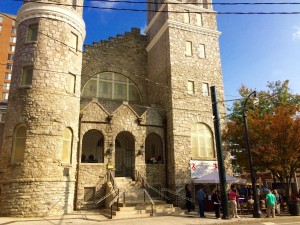 A view of Big Bethel along Auburn Avenue during MOU signing on Oct. 13, 2015 (Photo by Maria Saporta)

Big Bethel signed a memo of understanding with its development partners on the project – Eddy Benoit with the Benoit Group and Jerome Russell with Russell New Urban.

The first phase will involve a complete renovation of Bethel Towers – a 180-unit residential tower that was built in 1971. All the residents will have to be relocated during the reconstruction. Benoit said the decision to renovate the existing building rather than to demolish it and start anew will permit Big Bethel to provide affordable housing for its residents.

The first phase will cost between $15 million and $18 million, Benoit said.

The second phase will be a parking deck in the center of the block that will house between 800 and 850 cars that will be available to serve the development as well as the general public. Benoit said the garage will cost between $15 million and $20 million. 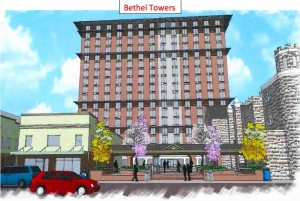 The centerpiece of the development will be the third phase – a major residential development that will target students attending Georgia State University.

The design envisions a pedestrian environment that will encourage people to stroll along the project’s streets and hop on the Atlanta Streetcar that connects Ebenezer Baptist Church/King Center with Centennial Olympic Park.

That mixed-use phase also will include about 30,000 square feet of retail, that will be developed with Paces Properties. That phase is expected to cost between $60 million and $70 million.

The final phase will focus on four lots along the Auburn Avenue corridor for the development of the church’s administrative space, ministry activity and additional retail. That includes a vacant lot as well as existing commercial space that is being used by the church.

When asked whether Big Bethel would respect the historic integrity of the district by not demolishing any of the buildings along Auburn Avenue, Benoit said nothing would be demolished, but that there could be significant retrofit. 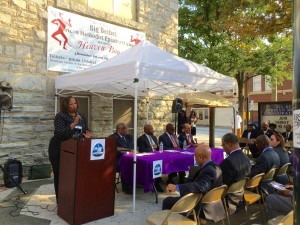 Big Bethel’s pastor – Rev. John Foster -then chimed in: “It is not the intention of the developer or the church to demolish any of the properties but to retrofit them.”

That was not always the case when it came to Big Bethel. more than a decade ago, Big Bethel partnered with a developer for property it owned across the street. Several historic buildings along Auburn Avenue were demolished – either completely or everything behind the facade.

On Tuesday, the speakers at the signing of the MOU seemed to be more respectful of the corridor’s history. They included A.J. Robinson, president of Central Atlanta Progress; City Council President Ceasar Mitchell; City Councilman Kwanza Hall and community activist Mtaminika Youngblood.

Developer Jerome Russell choked up when he remembered how vital Big Bethel was to Atlanta businessman Jesse Hill Jr., one of the closest friends of his father – Herman J. Russell. The two of them would meet at the Butler Street YMCA diagonally across the street. 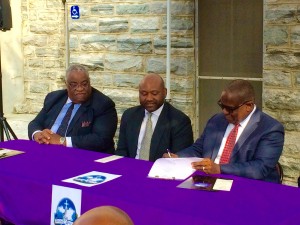 “My father and Mr. Hill spoke every day over a 35-year period,” Jerome Russell said, adding that he was proud to be part of the Big Bethel redevelopment project as he knew his father and Jesse Hill would be. “I wish they were here to see this. We are going to make them real proud.”

Big Bethel, the oldest African American church in Atlanta dating back to 1847, had been considering options for how to best redevelop its seven acres on the eastern edge of downtown along one of city’s most historically significant corridors in the South.

In 1957, John Wesley Dobbs told Fortune Magazine that Sweet Auburn was the “richest Negro street in the world.” It also was the street where Martin Luther King Jr. was born, where black-owned businesses were clustered to serve the community during segregation.

Dobbs was considered the unofficial mayor of Auburn Avenue – and he was the grandfather of Atlanta’s first African American mayor – Maynard Jackson.

Stanley Pritchett, president of Morris Brown College who serves as chair pro-tem of Big Bethel’s Steward board, reminisced of when he was younger and going to church and frequenting the various businesses on the street – the drugstore, the dentist, his doctor, restaurants – virtually all the community’s needs – along Auburn and Edgewood Avenues. 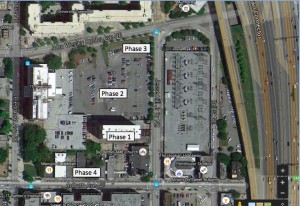 Sweet Auburn developed a national mystique – a street that blossomed with the civil rights movement, iconic establishments like the Royal Peacock and Atlanta Life as well as several of the most influential black churches in the city. In addition to Big Bethel and Ebenezer, there is Wheat Street Baptist Church and Butler Street CME and Our Lady of Lourdes Catholic Church.

One of the sad ironies was that as society and business became more integrated, fortunes along Auburn Avenue began to suffer as people could shop and eat wherever they wanted.

Foster , who has been promoting Big Bethel’s Vision 2020, reinforced that point on Tuesday when he remembered a conversation he had when moving to Atlanta.

“Three years ago when I first came to Big Bethel, a friend came to me and said some very discouraging words: ‘Sweet Auburn is not sweet any more,'” Foster told those gathered in front of the church to mark the MOU signing. “I’m here today to say the ‘sweet’ on Auburn Avenue is alive and well.” 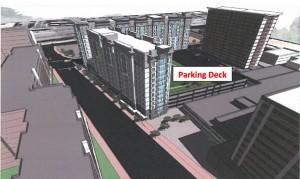 Big Bethel Phase 2 for the parking deck in the middle of the block (Special: Big Bethel) 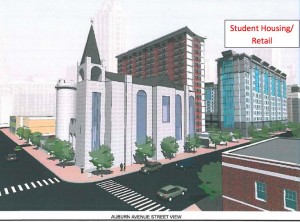 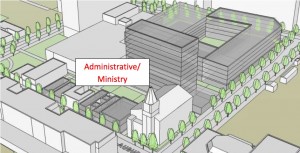