Bill from GA governor would expand public spending on health care, but critics say not by enough 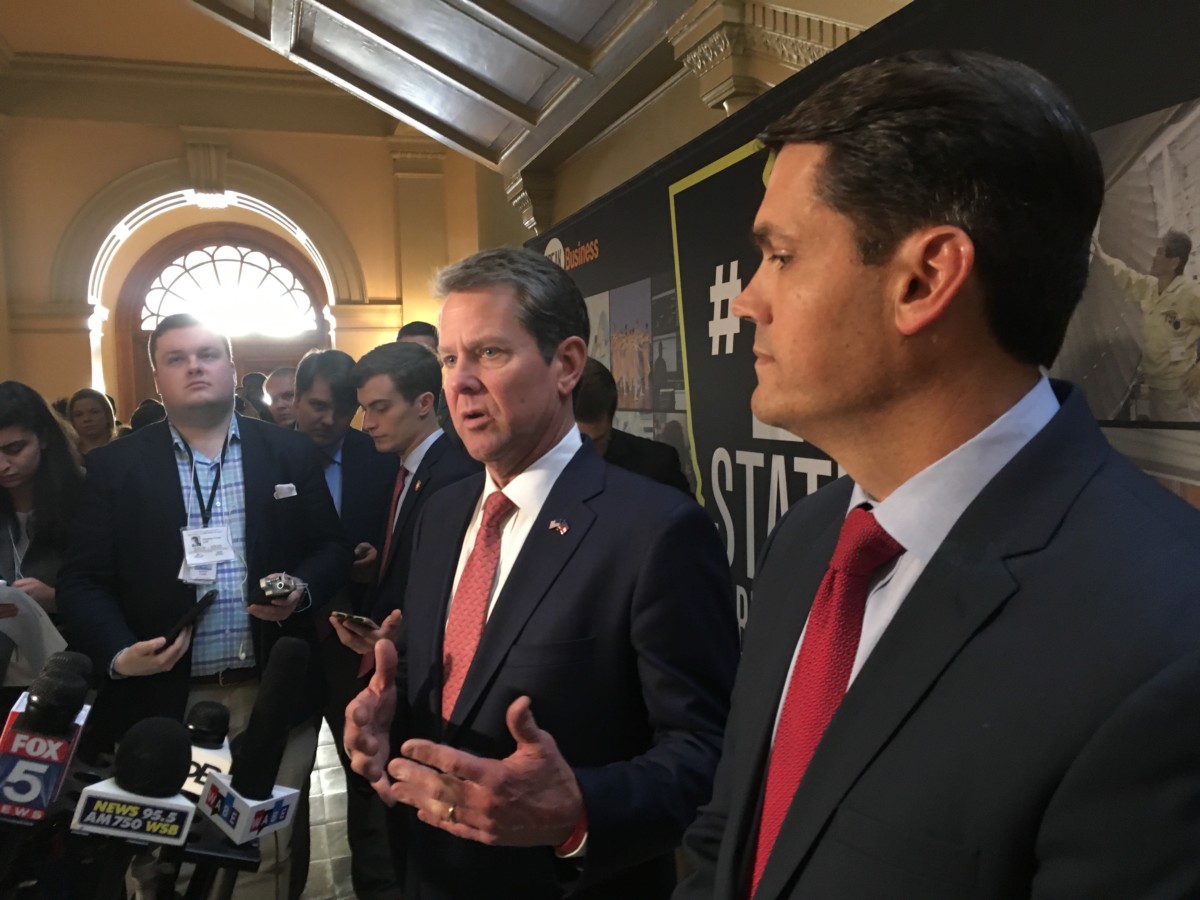 The two-and-a-half-page bill that came out in the state Senate last week has big implications for hundreds of thousands of uninsured Georgians: it’s the first step toward putting more money toward publicly subsidized health care.

But what’s yet to be answered is how much Georgia might spend on getting health insurance to more people, who could get covered or what the patient requirements would be. It could be a lot of people defined in some broad way, or it might be just a few, maybe with some specific, high-cost conditions.

There’s just one indication of Gov. Brian Kemp’s preferred direction in Senate Bill 106: no Medicaid for anyone above the poverty line.

The bill gives the new Republican governor the power to apply to the feds to use more public money to help insure some more people via Medicaid and via the Affordable Care Act’s private market (aka Obamacare.) The plans would be worked out by a consultant and presented first to Kemp in the coming months. 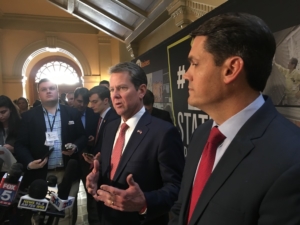 Kemp has long said that Medicaid is a “failed” program, in part because doctors lose money on it and therefore don’t want to take it.

But Democrats say his plan falls short because it would take a long time and still leave hundreds of thousands of Georgians uninsured.

Technically, the state would be asking for a “waiver” to those Medicaid and the Affordable Care Act: the right to spend federal dollars in some way unique to Georgia.

But no pitch or plan or proposal or geography for eligibility is outlined in SB 106, except that thing about the poverty line.

“We are working on a couple of different things here,” said Kemp, with Lt. Gov. Geoff Duncan standing by his side, at a Feb. 13 press conference on the bill.

“No. 1, we want to lower private sector health care costs. That’s what’s killing hard-working Georgians out there. So that’s the reason we’re doing both the waivers together so we can address the private sector markets and innovate in a program that’s not working,” Kemp said.

He’s long pointed out that some rural communities lack a doctor, much less do they have any specialists.

So in parts of rural Georgia, there’s nowhere nearby to take an insurance card even if there’s one in your pocket.

But asked about urban Georgia specifically, Kemp mentioned one thing people are looking at is the “Grady model.”

Named for the Atlanta hospital that’s developed it (inspired in part by work in other states,) the model involves focusing on uninsured people who have a condition and who are at high risk of getting worse. For example, imagine a place where an uninsured diabetes patient could go for regular checkups, which would include eye exams. Then if there are signs of diabetic retinopathy, the patient could get preventative care, instead of creeping blindness that triggers trips to the emergency room or to the Medicaid disability rolls.

But hours after Kemp’s bill appeared, House Minority Leader Bob Trammell, D-Luthersville, criticized it for being too narrow.

“Medicaid expansion remains the fastest, most cost-effective way to cover about a half-million Georgians,” Trammell said, speaking on GPB’s Lawmakers.

it would cost $213 million to cover about 500,000 Georgians by expanding Medicaid up to 138 percent of the poverty line, according to an official, nonpartisan analysis of Trammell’s proposal in House Bill 37 to do that.

If Georgia did expand Medicaid to those people above the poverty line, the federal government would pay 90 percent of the cost, said Trammell. If Georgia keeps it at 100 or below, the federal matching funds are only 67 percent, he said.

That’s why Trammell argues that the Medicaid waiver part of bill “would be more expensive, cover fewer people and it will take longer.”

Traditional “Medicaid expansion” to include childless adults has been Georgia Democrats’ rallying cry and top priority for a few years now.

Georgia wouldn’t be the only state with waivers from Medicaid or Obamacare.

In fact, Georgia already has one Medicaid waiver, one that ensures extra services to women who have very low birth weight babies.

Some states, for example, kick in public money for a “reinsurance” fund to help shore up the Affordable Care Act private insurance market. That can cover insurance companies’ risks of getting very high bills from patients who need the most expensive care. Then the idea is that insurance companies will find Georgia a more attractive place to do business and offer insurance plans.

Kemp’s bill is being carried by one of his floor leaders, or official liaisons in the state Senate, state Sen. Blake Tillery, R-Valdosta.

Besides the support of Duncan, who presides over the state Senate, the bill has the support of the House’s top-ranking lawmaker, state House Speaker David Ralston, R-Blue Ridge.