Highly intelligent, always curious, a voracious reader and a lover of all things art — this is how family and friends describe Bill Lowe. 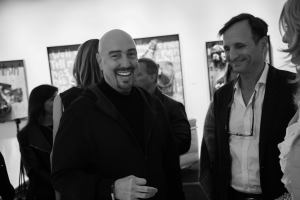 For three decades, he spearheaded the Bill Lowe Gallery in the Atlanta art scene — a project that showcased artists from around the country and overseas, hosted exhibitions and helped Atlantans find the perfect piece for their homes.

He passed away at 68 years old in December 2021, after being diagnosed with Hodgkin’s Lymphoma the previous summer.

Bill and his brother John opened the Gallery in 1989. John described the pairing as a “yin and yang,” with Bill serving as the creative mastermind and John heading the financial side of operations.

“The shows back in the early 2000s were pretty dramatic, very flamboyant times. It was a big party. That’s who Bill was; he was a maestro, he was a producer, he had a flair for the dramatic and drama,” John said.

The Gallery has a vast inventory of at least 1,500 works, with art displayed in various places around the city, like Buckhead’s Waldorf Hotel. 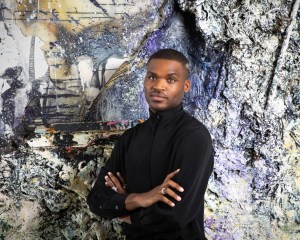 Before passing, Bill selected Donovan Johnson as the Gallery’s new executive director, who John describes as “a little Bill,” because the two share so many similarities.

Johnson joined the team as an intern in 2012 — it was the first gallery he’d ever visited — and he was hooked right away.

Johnson worked closely with Bill, and he describes their relationship as a mentorship at first, evolving into a friendship and, eventually, Johnson said Bill became a father figure to him.

“The lessons that he taught me about the art world were the things that shaped so many other parts of my life,” Johnson said. “You come into the arts industry thinking that there’s only one way to go about doing things — there’s only one way to talk about art, and it has to be highly academic, or the work has to kind of abide by certain rules. But this gallery has never been that way.”

That’s an essential piece of Bill’s legacy that the team wants to carry on, the idea that art is meant for everyone.

“He once told me, ‘There are people who have wealth and connections. But there are a lot of people that find their passion and have to use every negative thing that’s ever happened in their lives and turn that into a drive,’ like the rising of the Phoenix. That’s definitely his story, and it’s definitely been mine,” Johnson said.

Bill searched for beauty and art in all walks of life, viewing art as an “antidote” for the issues in our society.

“He told me to go and see everything; our architecture, nature, people,” Johnson added. “Take in the world, really be present in each moment, and that will inform your eye. When I was younger, I didn’t realize that he was doing that for me; he was opening my world to all these things I never thought about.”

That same time in care is reflected in the services the Gallery offers, namely their concierge curatorial service, where the team showcases the artwork in their client’s home so they can get a feel for the piece.

“[Bill] felt like art was the path to our souls, and he presented it that way,” John said. “We will take bodies of art to people’s homes and showcase it in their homes, and sometimes leave it for several days, so they can live with it, make sure it feels right and has the right energy. Not many galleries in the country do that. He really redefined gallery operations, at least for us.”

As the Gallery moves into its next phase without Bill at the helm, Johnson wants to recommit to the values the Gallery was founded upon.

“This first year is not about changing the Gallery,” he said. “It’s about reaffirming the values that the Gallery was built on and placing some new values into that in a very conscious way. Whether that’s visual drama, visual eloquence, technical mastery, spirituality, a reverence for nature – those are pillars of the Gallery that have been with us since 1989.”

On Friday, March 25, the Gallery will host its first in-person exhibition since the start of the pandemic. The event will feature up to 40 works dating back to the 1980s. Visit their website to find more information.