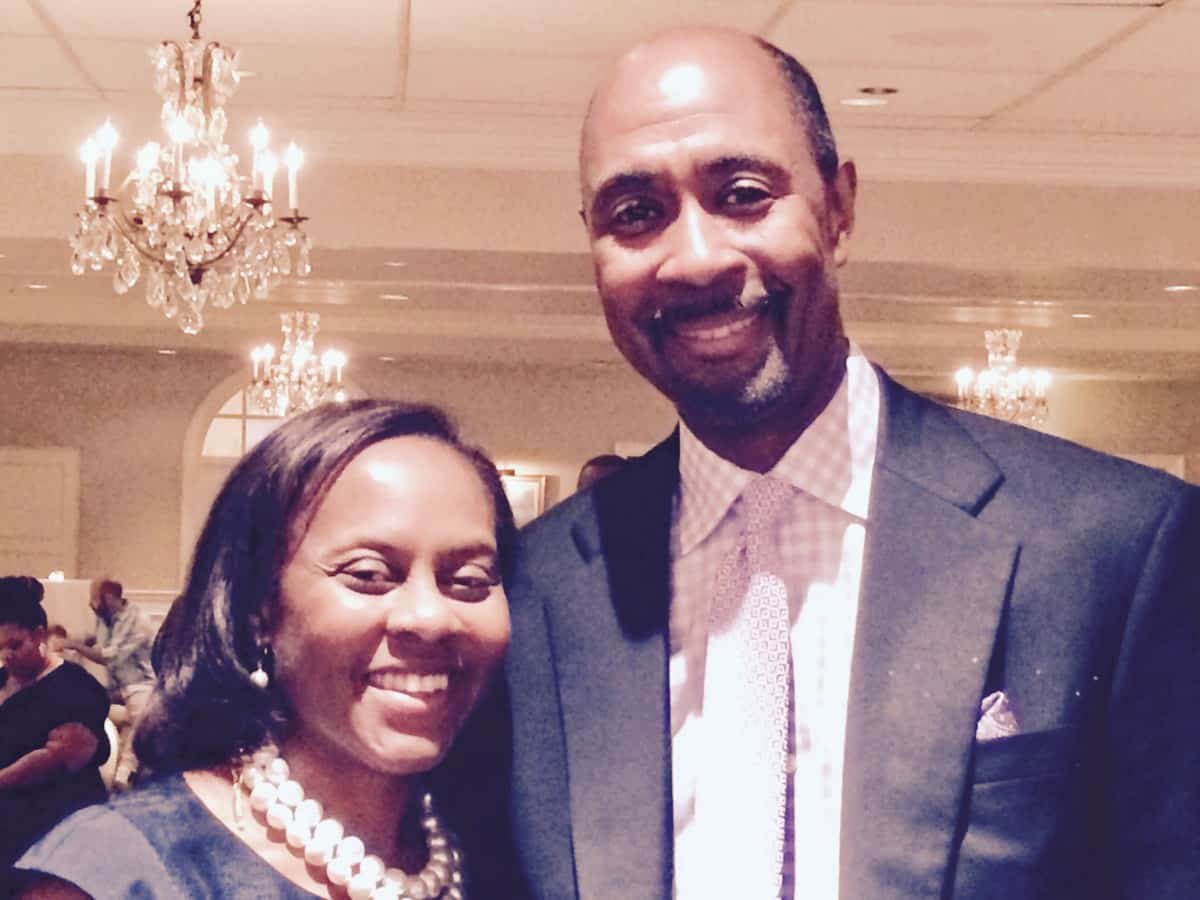 Taggart had just been named the interim president of Morehouse College in April. He apparently died of an aneurysm, according to preliminary reports.

At the time of his death, Taggart also was serving as the board chair of the Atlanta Business League, an organization that fosters opportunities for African-American companies and business leaders. 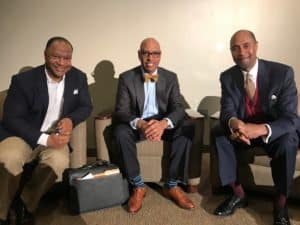 Dale Jones, chair of the Morehouse presidential search; Willie Woods, the new board chairman, and Bill Taggart right after he was named interim president of Morehouse (Photo by Maria Saporta)

In April, President John S. Wilson was removed by the Morehouse College Board of Trustees, and it immediately named Taggart, 55, to serve as the interim president of one of the nation’s most significant historically black colleges.

Before joining Morehouse, Taggart served as CEO of the Atlanta Life Financial Group, one of the city’s most pre-eminent African-American companies – a company that had been based in selling life insurance policies to African-Americans – especially during the days of segregation. During his tenure, Taggart sold the Atlanta Life headquarters on Courtland and Auburn avenues to Georgia State University.

News of Taggart’s death quickly circulated Thursday morning among people who have worked with Taggart in his various civic roles. He was a member of the Rotary Club of Atlanta, an active leader in the efforts to revive the Westside Atlanta neighborhoods – especially around the city’s cluster of historically black colleges west of the new Mercedes-Benz Stadium.

I last saw Bill Taggart at a reception Monday evening of the 100 Black Men of Atlanta in Buckhead. I asked him how all was going at Morehouse. He could not have been more enthusiastic. When I asked him (for the umpteenth time) whether he would become a candidate to become the permanent president of Morehouse, he gave me the same answer he had given me before.

Taggart said he was focused on doing the best job as interim president, and that he was having a great time. Taggart’s goal was to get Morehouse on stable footing – among its various constituencies – after several years of power struggles both inside and outside of the institution.

The Morehouse College board of trustees released a statement about Taggart’s death.

“We are deeply saddened by the sudden passing of Bill Taggart, a beloved colleague, father and friend. For the past two years, Bill devoted himself wholeheartedly to Morehouse College. We are eternally grateful for his loyal support, counsel and the leadership he provided to students, faculty and alumni. Throughout his tenure, Bill had a positive impact on Morehouse College and the Greater Atlanta Business Community. He leaves behind a long legacy of compassion, integrity and devotion. Our thoughts and prayers are with his family at this time.”

The Atlanta Business League also emailed a statement to its members saying: 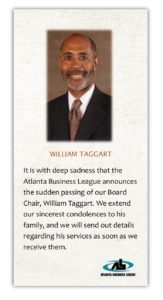 It is with deep sadness that the Atlanta Business League announces the sudden passing of our Board Chair, William Taggart. We extend our sincerest condolences to his family, and we will send out details regarding his services as soon as we receive them.”

As soon as I heard the news, the first person I thought of was Wonya Lucas, the CEO of Atlanta public broadcasting entity that oversees WABE and PBA. Taggart and Lucas were a couple in love, and when I asked Taggart of when they may make their union official, he would tell me: “Soon.”

At the reception Monday evening, Lucas and I talked about WABE’s plans to host a 6th District debate with candidates Jon Ossoff and Karen Handel at 9 a.m. on June 8. She worried that one of the candidates might back out and that the debate might not happen.

Little did she know that the man she loved would die on the night before the debate. I can’t imagine what she must be going through, and my heart goes out to her. Death of a loved one is never easy. But when it catches us off guard, it makes it almost unbearable.

Several friends commented that Taggart was one of the last people one would have expected to die prematurely. As a tall, slim man in the prime of his life, Taggart had been expected to be an important Atlanta leader for years to come.

Milton Little, president of the United Way of Greater Atlanta, texted me: “Life’s more fragile than we like to admit.”

Atlanta community leader Bill Bolling called me in disbelief. Bolling said he had been working closely with Taggart on initiatives on the Westside, and he was devastated by the news. 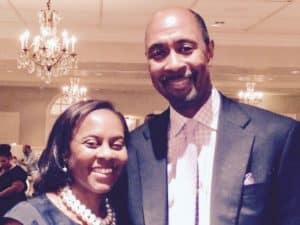 It was a common refrain in conversations all day.

I will choose to remember a funny encounter I had with Taggart after I attended the retirement party of WABE/PBA CEO Milt Clipper. It was the first time I had seen Lucas and Taggart in public, and I took their picture.

In the story I wrote about the event, I discreetly described Taggart as Wonya Lucas’ friend.

The next time I saw him, Taggart laughingly confronted me. “Friend?” It was beautifully obvious at that moment how much he loved Wonya Lucas.

Here are links to some articles I’ve written about Taggart over the years.