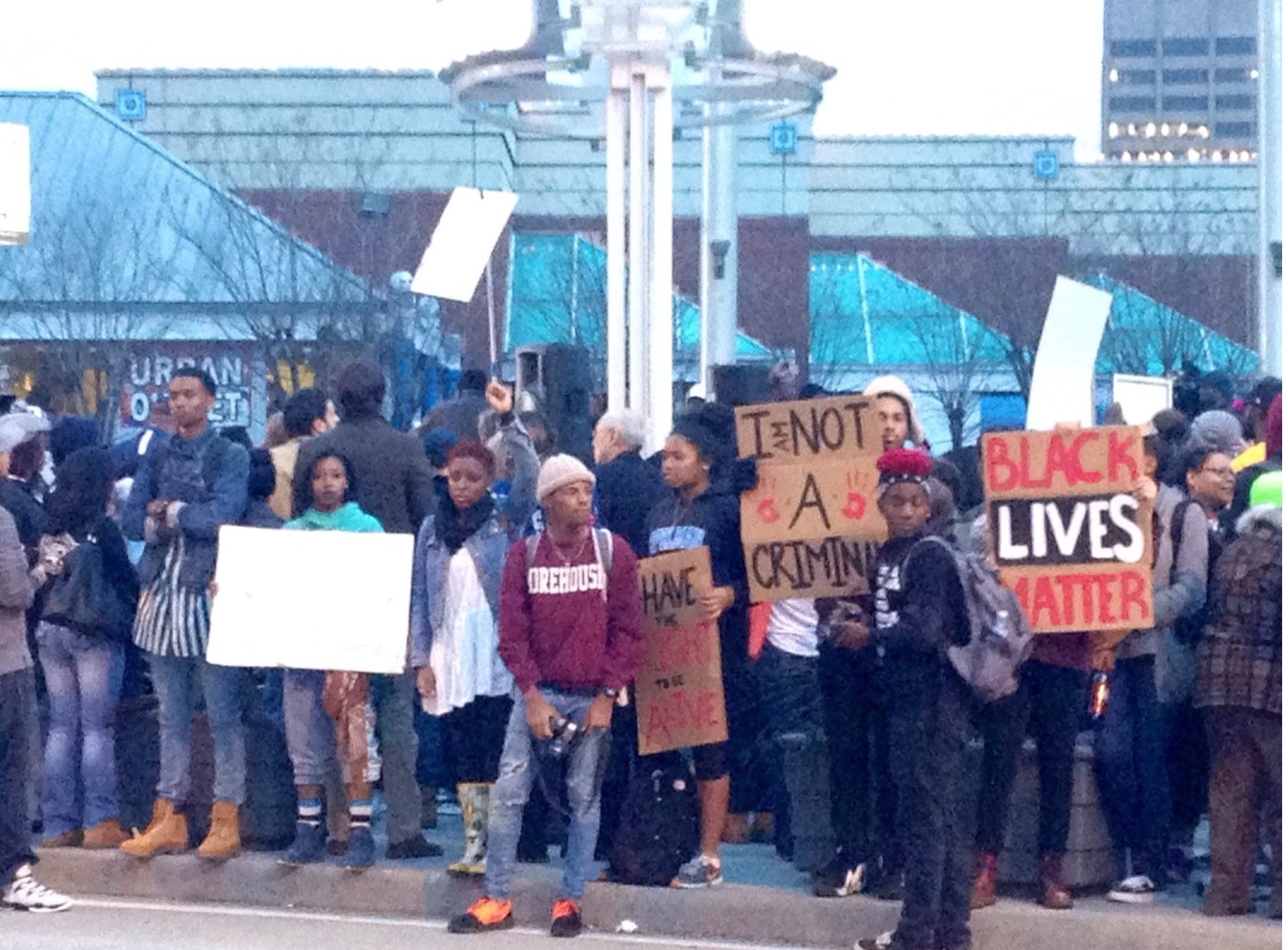 Music has long been the outlet for a generation’s frustrations with the status quo. Bob Dylan, John Lennon, Marvin Gaye and Nina Simone all wrote and performed songs that spoke to and for the voiceless. 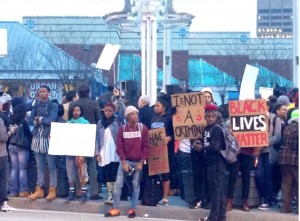 My generation has its own voices, including Janelle Monae, the oft black- and white-attired singer and woman behind Wondaland Records.

A recent exchange with a white, male conservative on the Black Lives Matter movement conjured up in my mind her new protest song adopted by its leaders, “Hell You Talmbout.”

The original version shows the two sides of life in the American ghetto, some days carefree and others ending in a senseless murder. But the version frequently chanted from Ferguson to Harlem is a rallying cry and an ode to those lost to police brutality. Monae and her clan urge listeners to chant the name of the deceased. Sandra Bland, Michael, Brown, Freddie Gray and Walter Scott are all named.

Monae asks with incredulity, sorrow and anger, “What are you talking about? Another black person has been killed?”

It’s a recurring question these days and has been for the past couple of years. What many thought was a fleeting sentiment, the Black Lives Matter movement continues to buck what is becoming the norm. People blind to the compounded effects of multi-generational oppression misunderstand this movement. Or, perhaps they understand it fully yet choose to react out of fear of change.

Challenging the status quo always leads to the vilification of the challenger.

We saw this with the Occupy movement, where the media and others sought to pin the problems of outlier affiliates to a faceless leader. 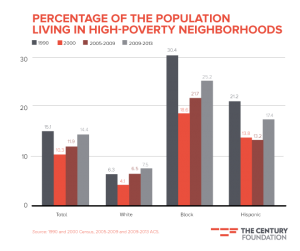 More minorities than whites have consistently resided in impoverished neighborhoods, dating back to 1990. Credit: The Century Foundation

Is it disgraceful and alarming to call for the murder of a police officer? Yes.

And yet, it is disgraceful and alarming to blatantly ignore institutional violence and prejudice to a race and class of people.

Simply, if all lives matter, this country would not be debating the validity and sanctity of black lives.

But Black Lives Matter shouldn’t just be about excessive use of force by police officers. The scars are much deeper than those caused by law enforcement. The premise, that black lives indeed matter, should be viewed from a financial lens as well, much like the Occupy movement launched during the Great Recession.

From the creation of Levittown to blatant mortgage discrimination from big banks, it’s no secret African-Americans have been consistently, systemically targeted by public and private institutions. It starts from birth.

Nikole Hannah-Jones, an investigative reporter, has long studied the achievement gap between minority and white students. She believes the key solution – and perhaps the most challenging – to narrowing the education divide is desegregation.

She sites the Normandy School District in Missouri, from which Michael Brown graduated, as a compelling example. In a, “This American Life” podcast she notes, in 2014, the district performed as follows: “Points for academic achievement in English, zero; math, zero; social studies, zero; science, zero; points for college placement, zero. It seems impossible, but in 11 of 13 measures, the district didn’t earn a single point. 10 out of 140 points, that was its score.” 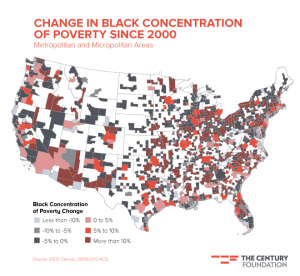 The concentration of blacks in poverty has stretched from inner cities to suburbs and even rural areas during the past 15 years. Credit: The Century Foundation

More than 83 percent of students in the district are black or African-American.

This is where Michael Brown graduated from high school, a point his mother called attention to immediately upon his death.

It’s worth noting, according to Hannah-Jones’ reporting, attempts to bus Normandy students to other districts was met with stiff, vocal resistance and ultimately failed, albeit after a brief period of success.

A recent Century Foundation study reveals, “Ferguson is a prime example of how concentration of poverty is moving from the inner-city to the suburbs. As recently as 1990, Ferguson was 75 percent white, but by 2010 it was about two-thirds black. The poverty rate shot up from seven percent to 22 percent over that period. Three out of ten neighborhoods in Ferguson now have poverty rates of more than 40 percent.”

In a 2014 report, “Brown at 60: Great Progress, a Long Retreat and an Uncertain Future,” professors from the University of California, Los Angeles wrote, “We live in a complex multiracial society with woefully inadequate knowledge and little support for constructive policies geared toward equalizing opportunity, raising achievement and high school completion rates for all groups, and helping students learn how to live and work successfully in a society composed of multiple minorities, (including whites).”

The rallying cry that Black Lives Matter is the result of the architecture of segregation – in education and, ultimately, in economics.

Therein lies the real travesty – the numbers show all lives do not matter.

Previous Article
Behind the scenes at the Governor’s Mansion, the “people’s house”
Next Article
Atlanta United soccer team keeping Cobb site as back up for training complex if DeKalb deal falls apart