Editor’s Note: This story has been updated. A photo that misidentified Ryan Millsap has been removed.

Blackhall Studios founder Ryan Millsap has indicated he still controls the 40 acres of land within Intrenchment Creek Park that Blackhall Studios acquired in a land swap with DeKalb County. A lawsuit seeking to void the swap remains pending. 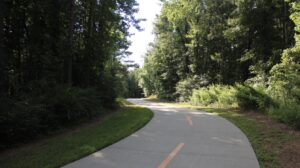 A 40-acre parcel formerly part of Intrenchment Creek Park that was swapped to Blackhall Studios was not among assets sold to CWAM. Credit: wikimedia.org

Millsap made this declaration to DeKalb County’s board of commissioners on May 4:

Millsap is the founder of Blackhall Studios who announced April 28 his intent to sell the company to Commonwealth Asset Management. CWAM is based in Los Angeles and its chief investment officer is the former head of real estate investment for the investment fund founded by George Soros, according to a report on its website.

Millsap’s announcement in April does not appear to have provided details as to the specific assets that were part of the deal. Millsap appears to have retained ownership of the name, Blackhall Studios.

Fourteen of 22 corporate entities with Blackhall in name are listed to a residence on Blackland Road, in Buckhead, according the Georgia Secretary of State. Millsap purchased the house in 2017 for $899,000, according to records kept by Fulton County Tax Assessor. 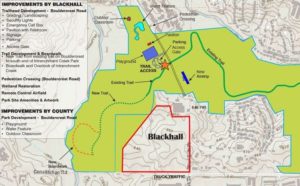 DeKalb County has tentatively named the section of park to be created wiih land from the swap with Blackhall Studios as the Michelle Obama Park. Credit: DeKalb County

In his remarks to DeKalb commissioners, Millsap did not specify the entity that now controls the 40 acres in Intrenchment Creek Park. He did say that all agreements regarding the 40 acres are to be honored:

Millsap was referring to DeKalb County Commissioner Larry Johnson, who had advocated for the land swap.

Johnson followed Millsap’s presentation with a few comments on the future of agreements made regarding Blackhall’s land in DeKalb that evidently was purchased by CWAM. Johnson said: 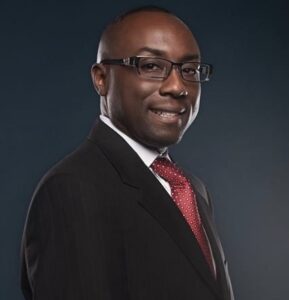 DeKalb CEO Michael Thurmond invited commissioners to ask questions after the presentation, which had lasted about 2 ½ minutes. No one had a question.

A sample of CWAM’s “real estate themes” lists an unidentified number of projects in the “data center, soundstage, logistics and communications sectors,” according to a report on the company’s website. No project is identified by name or location.

The remarks by Millsaps and Johnson were delivered a month ago. But they have taken on a mystique among some DeKalb residents who had heard of Millsap’s comments, but could not locate them on the county’s website. Some media reports have indicated the land in Intrenchment Creek Park was part of the sale of the studio.

In response to a request from SaportaReport.com, DeKalb County officials located the presentation and provided a link to the meeting. The comments were delivered during a meeting of the Committee of the Whole, as opposed to a commission meeting, as some residents had thought. The subject does not appear on the agenda of the committee meeting.

Intrenchment Creek is the major urban tributary to the South River, declared this year as an national example of environmental injustice by American Rivers. Atlanta is in the process of retooling sewage facilities along the creek and one project is slated to result in a situation where partially treated sewage will continue to be discharged into the South River.

The lawsuit seeking to void the land swap was filed Feb. 12 in DeKalb County Superior Court. The South River Watershed Alliance, South River Forest Coalition, and several individuals contend the county did not have authority to make the swap, along with several other issues.

Previous Article
Streetcar extension to BeltLine draws excitement, but concerns on pace and equity
Next Article
Economists are wounded: Does Biden smell blood?