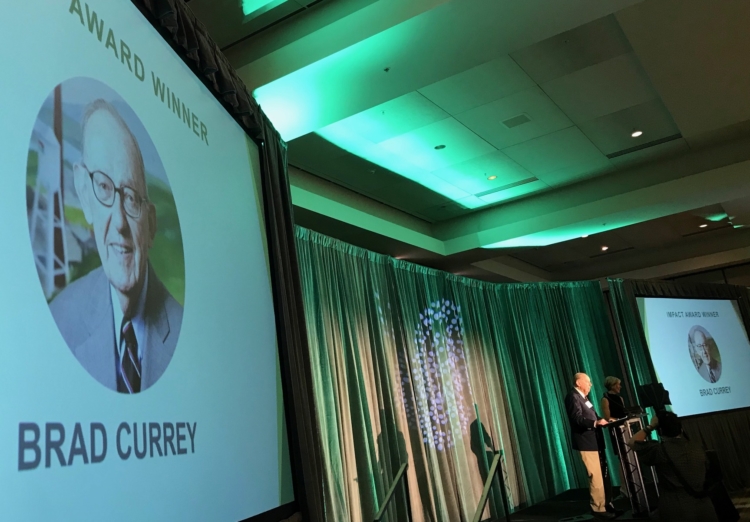 Brad Currey received the 2019 Impact Award from the Metro Atlanta Chamber for his efforts to address water issues in the Apalachicola Chattahoochee Flint river basin. The report produced by a group he helped form influenced deliberations in the U.S. Supreme Court. Credit: Kelly Jordan

Brad Currey’s efforts to protect the Apalachicola-Chattahoochee-Flint river basin were highlighted in deliberations at the U.S. Supreme Court well before Currey was recognized Wednesday with an environmental award from the Metro Atlanta Chamber. 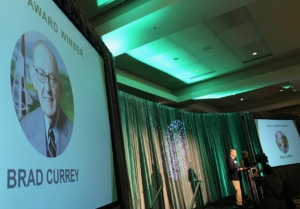 Brad Currey received the 2019 Impact Award from the Metro Atlanta Chamber for his efforts to address water issues in the Apalachicola Chattahoochee Flint river basin. The report produced by a group he helped form influenced deliberations in the U.S. Supreme Court. Credit: Kelly Jordan

The chamber presented Currey with an Impact Award in its E3 program. The Impact Award recognizes, “visionary individuals advancing sustainability in Atlanta.” The other nominees were Pam Sessions, CEO of Hedewood Homes, and Beril Toktay, Brady Family chair and faculty director of Ray C. Anderson Center for Sustainable Business at Georgia Tech’s Scheller College of Business.

Currey’s award was one of five presented by the chamber. The four other honorees were:

“The Atlanta E3 Awards are about bringing the environment and economy together for everyone,” Katie Kirkpatrick, Metro Atlanta Chamber ‘s chief policy officer, said in a statement. “Every award given out today represents groundbreaking work in sustainability – all emerging from metro Atlanta.”

Currey may best be known for long leadership roles at Trust Co. Bank and RockTenn Co. In the environmental community, Currey’s recognized for his work to create the Apalachicola Chattahoochee Flint Stakeholders. ACFS produced in 2015 a landmark report – Sustainable Water Management Plan – that was cited repeatedly during deliberations in the Supreme Court case. 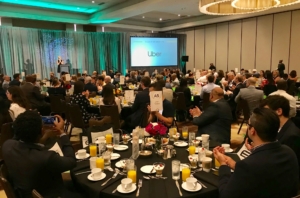 Founders of the stakeholders group started talking during the drought of 2008 about the need for a group of citizens to help improve water quality and flow in the ACF basin. The ACFS was formed in 2009, with $2 million in private funding and a mission to preserve the basin by changing water management practices.

Six years later, the ACFS produced their report, which became a touchstone in the deliberations in the lawsuit Florida filed against Georgia in the Supreme Court over water flow in the river basin.

During hearings, aspects of the plan were repeatedly cited by the special master appointed by the justices to hear the case on their behalf. Here’s how ACCF’s contributions to deliberations were described in the Georgia Water Coalition’s 2018 Clean 13 award to the ACFS: 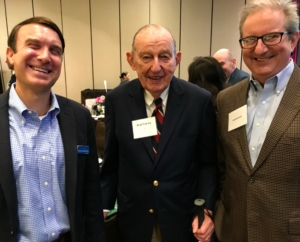 The matter remains pending before a special master, one appointed by the court in 2018 to succeed Lancaster. Lancaster had ruled in Georgia’s favor, saying Florida had not proved its claim that a limit should be set on Georgia’s withdrawals from the basin.

In  its ruling, the court rejected Lancaster’s ruling by a 5-4 vote. The dissent, written by Judge Clarence Thomas, a Georgia native, observed:

The ACF Stakeholders’ work was highlighted in 2018 with a Clean 13 award from the Georgia Water Coalition. In addition, provisions regarding water conservation in irrigation practices in South Georgia, which were cited in the 2015 report by ACFS, could well have factored into was management practices that were recognized last week with a Clean 13 award to the Flint River Soil and Water Conservation District.