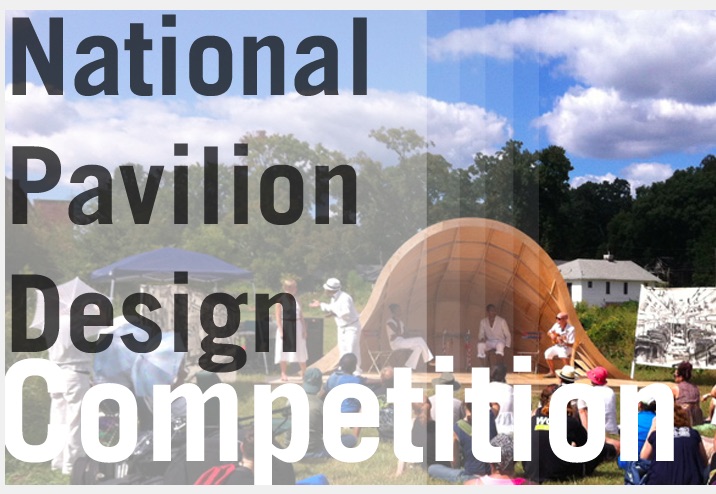 By Guest Columnist MELODY HARCLERODE, 2015 president of the Atlanta chapter of the American Institute of Architects and program coordinator for the Arabia Mountain Heritage Area Alliance

The opening of a small patch of land bordering Pryor, Decatur and Lloyd (now Central) Streets and a passenger depot to residents and visitors in 1858 signaled the tumultuous creation of the first public park in the City of Atlanta. Less than a decade old, this park was destroyed during the Civil War. 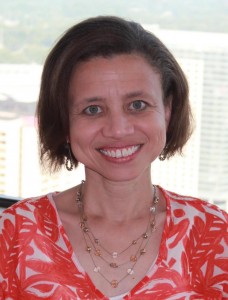 Twenty years later, the City of Atlanta developed a public park around the grounds of the Atlanta City Hall in 1878. The location of this park proved to be unsuitable for its viability. Damage to the trees and grassed area and neighbors’ complaints about loud noise led the city to sell the parkland to the State of Georgia. This land is now the site of the Georgia State Capitol.

With the donation of 100 acres of land to the city by Colonel L. P. Grant, Atlanta finally gained its first modern public park, Grant Park, in 1882.

The unique amenities of Grant Park would include a zoo and the Cyclorama, a building to house the painting of the Battle of Atlanta. The expansion of greenspaces in the City continued with the acquisition of the 185-acre Piedmont Park from the Cotton States and International Exposition Company in 1904.

In the coming decades, Piedmont Park would feature an expanded Clara Meer Lake, a charming stone bathhouse now called the Greystone, picturesque walking trails, and a wealth of playing fields. Enhanced by the support of their conservancies, Piedmont Park and Grant Park, along with the more recently built Historic Fourth Ward Park, reflect many of the characteristics of great public spaces. Yet, too many public parks in the City of Atlanta and around metropolitan area are mired in uninspiring greenspace designs. 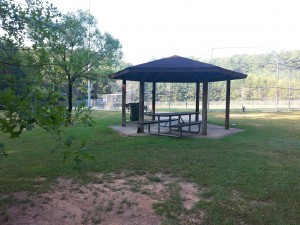 An uninspiring pavilion in one of Atlanta’s parks

The lackluster parks lack visually enticing architectural and design features, such as pavilions, to elevate a visitor’s experience. Many ill-serving pavilions in the City of Atlanta, which also may be described as gazebos, actually discourage positive community interactions like school performances, community festivals, college gatherings, or even family parties.

The simple designs of the pavilions and the surrounding greenspace reflect a missed opportunity to strengthen community and cultural bonds. Rather than showcasing and celebrating the heritage of local communities with design excellence, these commonplace structures distract from the natural beauty of some City of Atlanta parks. 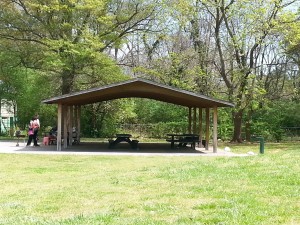 As city leaders speak more publicly about the desire to enhance urban design in the City of Atlanta, the replacement of current pavilions with ones that promote beauty, vitality, and a sense of identity, along with the addition of attractive landscaping and design features, could reinforce those aspirations.

Over the past 10 years, dozens of exquisite pavilions have been built in the residential communities of Dallas.

Functioning as architectural art in diverse residential communities around the city, the pavilions exhibit originality, inventiveness, the creative use of materials, and the reflection of community history. At the same time, these structures comply with standards of safety, security, sustainability, and handicap accessibility.

The City of Dallas, Texas pavilions have won numerous local and national design awards, and they have gained accolades from residents because the structures have enhanced neighborhood appeal, park use, and civic pride. Residents in these communities experience the joy and benefits of great design without driving or taking public transportation to exclusive districts in Dallas. 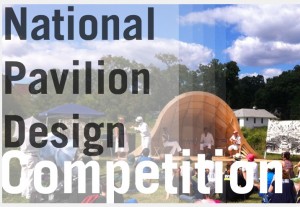 Observing a need for more great design in the City of Atlanta, leaders of the American Institute of Architects (AIA Atlanta), the Atlanta BeltLine Inc., and the City of Atlanta Mayor’s Office of Cultural Affairs (OCA) launched the National Pavilion Design Competition at the AIA National Convention weeks ago in Atlanta.

This initiative brings together three leading design advocacy groups seeking the winning design for a small performance pavilion with a path system and landscaping at the future Westside Trail along the Atlanta Beltline.

The project site for the competition lies in Adair Park, one of the city’s oldest residential communities. Tasked with selecting the winning design is a jury comprised of respected and accomplished local leaders, the 9/11 Memorial architect and former Georgia Tech graduate Michael Arad AIA; and one of this country’s most accomplished architects and urban designers, Carol Ross Barney FAIA from Chicago. 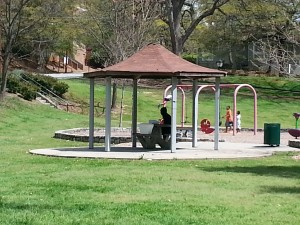 A small pavilion in an Atlanta park

The winning design team of the National Pavilion Design Competition earns a $10,000 prize with a $5,000 prize awarded to the second-place team and $3,000 prize given to the third-place team.

If funding is secured and the winning design is built, city residents in Adair Park and beyond will win as organizers believe that “the winning pavilion should strive to be a catalyst for the promotion of design excellence in neighborhoods throughout Atlanta.”

The difficulties of developing the first city park are long over, but the need for great park design throughout the City of Atlanta remains. 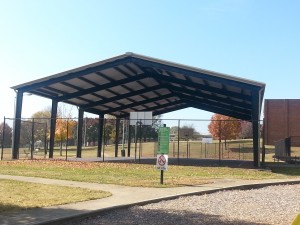 What not to do – pavilions come in all shapes and sizes